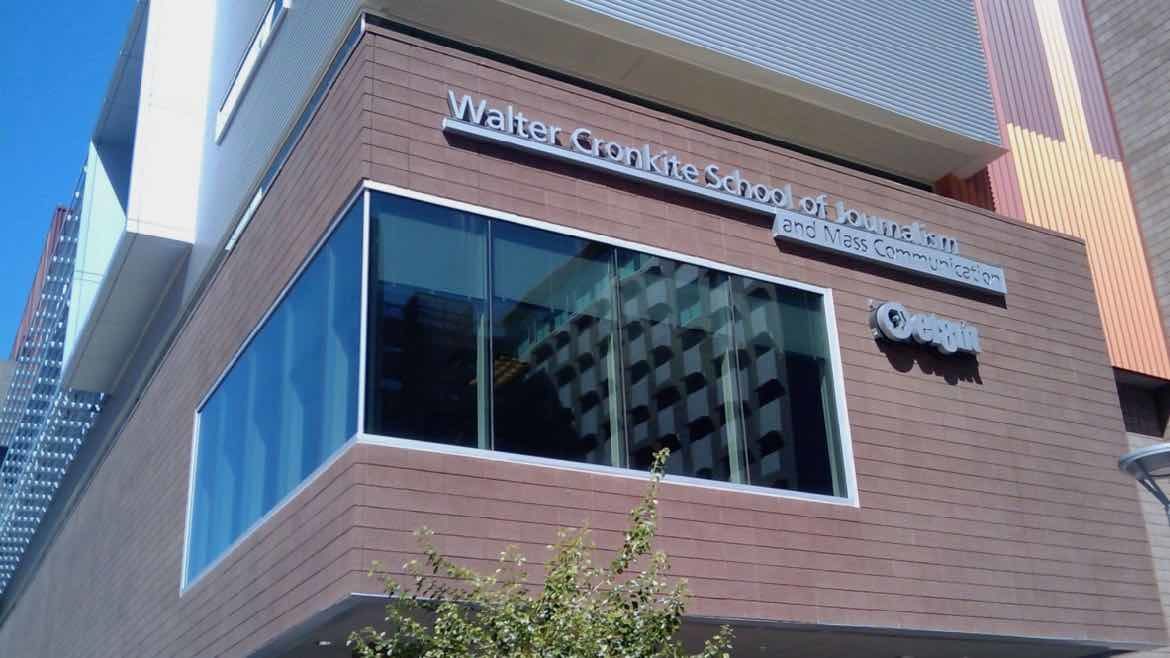 A $1.9 million grant to Arizona State University’s Walter Cronkite School of Journalism and Mass Communication will be used to help TV stations experiment with new ideas for presenting journalism.

The ASU grant was one of five announced Feb. 8 by the Knight Foundation, with the aim of supporting “a strong future for local television news,” said Knight VP of Journalism Jennifer Preston.

The grant will turn the school and its public TV station Arizona PBS into a hub where journalists in both public and commercial TV can pilot concepts and get feedback, such as digital analytics and focus-group responses assembled by Cronkite’s team. The process will help the journalists determine whether their ideas are sound proposals for new projects at their stations.

“In an educational setting and a public television setting like we have here at Cronkite and Arizona PBS, we’re well-positioned to take risks that, frankly, commercial television stations aren’t able to in today’s current media landscape,” said Mark Lodato, associate dean for the Cronkite School and associate GM for Arizona PBS.

The Cronkite School will also bring together leading TV journalism organizations to brainstorm ways to improve local news content and delivery. They’ll return to Cronkite after weeks or months of implementing ideas to discuss what has worked. A website will compile ideas from stations to encourage the spread of innovative approaches.

The grant comes at a time when television stations must find a balance between serving current viewers, who are usually older, and attracting younger audiences on newer broadcast platforms with more appealing presentation styles, according to Lodato.

“It’s extremely challenging because they need to sort of serve two masters,” Lodato said. “They need to pivot and be able to provide news and information in a way that’s attractive to a younger audience without alienating the audience that remains on the traditional platforms. So that makes them somewhat risk-averse.”

Public radio is surpassing public television in providing video news that resonates with audiences on other platforms, Lodato said.

“Anecdotally, you can see that radio is being more aggressive and innovative in the public media space than television,” he said. “I’m talking about things like podcasts and other tools that they’re using to really create content in ways that may be more attractive to younger audiences.”

Cronkite’s first priority in establishing its hub is to hire a Knight Foundation Professor of Practice in TV News Innovation who will lead the initiative. The school and Knight previously partnered on the creation of Carnegie-Knight News21, a fellowship program for journalism students investigating critical issues, and on a tenured professorship at Cronkite.

Other recipients of the $2.6 million awarded by Knight included the Emma Bowen Foundation, Investigative Reporters and Editors Inc., the Radio Television Digital News Foundation and the Carole Kneeland Project for Responsible Television Journalism.