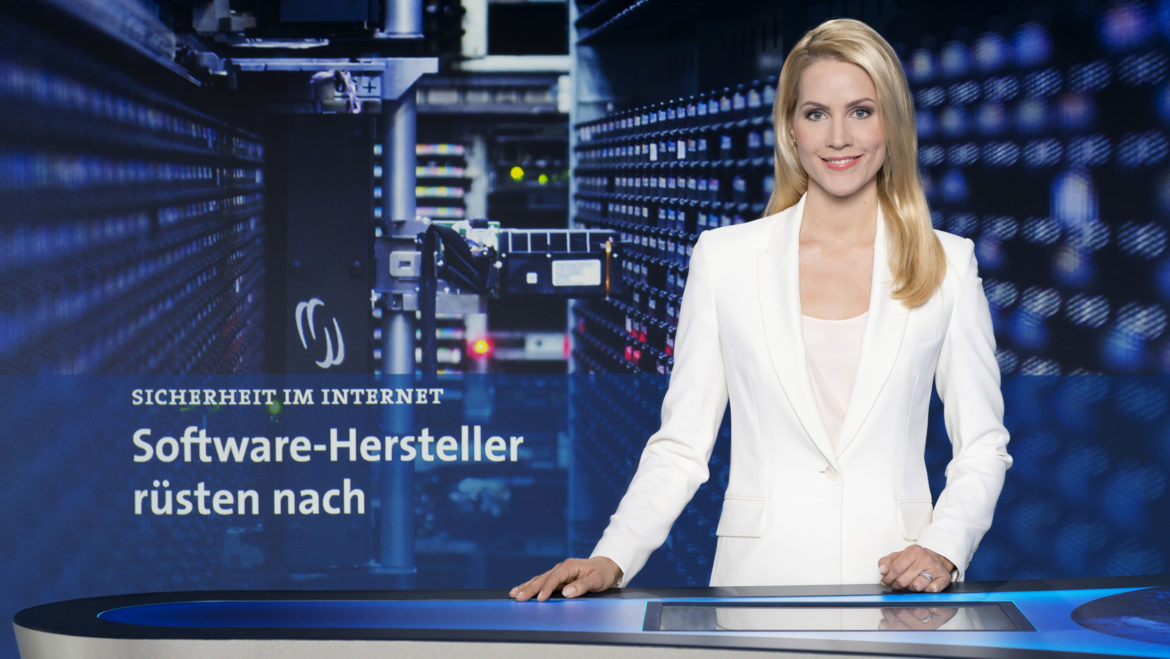 Judith Rakers is an anchor for “Tagesschau.”

I’ve been in the TV and radio business for almost fifty years. There has been a great deal of progress, and yet I’ve seen what many Americans see: a downward slide towards minimum content while trying to achieve maximum profit among commercial folks and a continued cry for resources from public media people.

Today’s audiences see what they want to see, hear what they want to hear and, as a result, choose to watch or read the news that best fits their ideology. And the free market has combined with technological advances to serve up an ever-growing range of more narrowly focused news products to meet this demand. Our fractured nation of widening chasms is the consequence.

We’ve come a long way from the America of the 1960s and ’70s. That period marked the zenith in the power of network news. My good friend Walter Cronkite drew the nation together around a campfire each evening. We placed our trust in him. And this allowed him to report all sorts of uncomfortable truths that we in turn had to confront. It placed a great burden on us all, much to our national benefit.

Can we build such a campfire again? And restore trust in our media? Can we accept the responsibility of citizenship, a burden that requires us to listen to all sides? There is a model that suggests the answer is yes.

The Germans are doing it today. Germany has a nightly public television program called Tagesschau (basically, “Daily Show”), arguably the highest-rated news program in the western world. Ten million people tune in each evening, in a country with a quarter of the U.S. population. The broadcast has a 34 percent share of the audience, nearly bettering the combined audience share of all the American networks, PBS and cable newscasts combined. The Germans have a heterogeneous audience that sits around the common campfire to listen to the day’s stories.

Germany is not a backwater of news information and has many options for its citizens. The country has 88 percent internet penetration (the U.S., 90 percent), and its media outlets face massive competition from each other and without, including 24-hour cable channels. A wide range of domestic papers cater to readers that span the political spectrum. American exports like Breitbart.com have announced plans to open German websites. And the BBC behemoth is right next door. 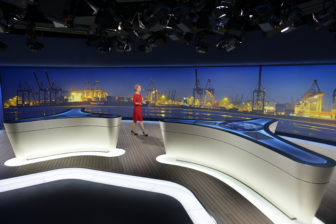 The set of Tagesschau.

“We don’t change our news philosophy of seriousness and relevance,” explains Kai Gniffke, editor-in-chief of the ARD Network, which produces Tagesschau. The show is done in a slick, clean, professional manner, similar in look to BBC newscasts but with a bit more technology. It’s delivered by news readers, not news personalities. The feeling is open and straightforward. The content is clear and feels complete, what you need to know free from editorial statements.

“In our main newscast, you don’t find any tabloid news, no soft news, but relevant stories about politics, economics, culture, and less sport,” said Gniffke, whom I met at a Media Advanced Management program he was taking at the IESE Business School’s New York Center.

To draw together an immense, heterogeneous, multigenerational audience requires trustworthy sources and reporters of the highest integrity. Tagesschau has both in abundance, but its formula does not depend on a Walter Cronkite figure; the program uses newsreaders who follow a script provided by a deep team of top editors and researchers. Their objective is to be the most reliable source of news, not just the fastest. Every story is checked two to three times by different editors before going live.

“Tagesschau is by far the most trusted news in Germany,” says Gniffke, which will help a great deal as the country gears up for September elections. The ARD Network is ready to combat fake-news websites intent on manipulating public opinion to change the nation’s political landscape. 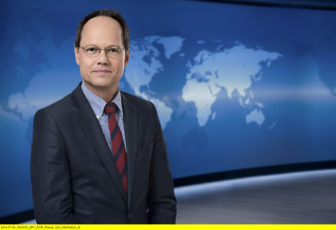 “Their aim is to make people uncertain about what is true so that the credibility of every established institution, like political parties and public media, declines,” Gniffke says. The ARD Network has built a special anti–fake news task force. Its job is to find fake news, investigate the stories and their origin, and publish the results of this research across different platforms.

It’s not a secret that it takes money to make good news. We, in public media, have always known that. German government support for public media is enormous by almost any measure. Every German household pays a radio and TV fee totaling $9 billion per year for public media, and politicians have no influence on the content. By contrast, the U.S. spends just $400 million on public media, which is the equivalent of just over $1 per person per year. Germany spends $111 per person.

Can this model work in the United States? “My impression is that U.S. media are identified with certain political parties or social movements. so that people don’t perceive them as independent institutions,” says Gniffke. “As the whole society in the U.S. seems to be divided in different political movements. the media companies seem to be divided as well. For that reason, there is no institution that has credibility with a majority of the American society.”

The great irony, of course, is that the ARD network was developed 65 years ago atop the rubble of Germany’s devastation. America and its Western allies sought to protect the Germans and their European neighbors from the dangers posed by political propaganda. And it was this strong and enduring commitment to separate political ideology from the media that has cemented the trust of Germans in Tagesschau.

As we move forward, embracing a new age in journalism, there is an answer to be found in Germany. It can be partly our own creation, developed for a different period, whose time has come for domestic consumption. Interestingly, the newscast is only 15 minutes long with no commercials. Notice the PBS NewsHour does a strong 15-minute summary at the top of every program. But we don’t get a 34 share!

In the last 50 years, our public media professionals have brought the medium far in an environment not envisaged by the founders, marked by huge competition, changing technology and little in the way of economic resources. Yet the goal of a medium trusted and used by all may still be in our grasp, and the Germans have shown us that it’s possible. Now it’s up to our political system and our industry leaders to harness the public support to make it happen.

William F. Baker directs the Bernard L. Schwartz Center for Media, Education, and Public Policy at Fordham University, where he is also journalist-in-residence and a professor in the Graduate School of Education. He is a distinguished professor at IESE Business School and is president emeritus of WNET, New York’s public media station.

4 thoughts on “Future of public TV news? ‘There is an answer to be found in Germany’”