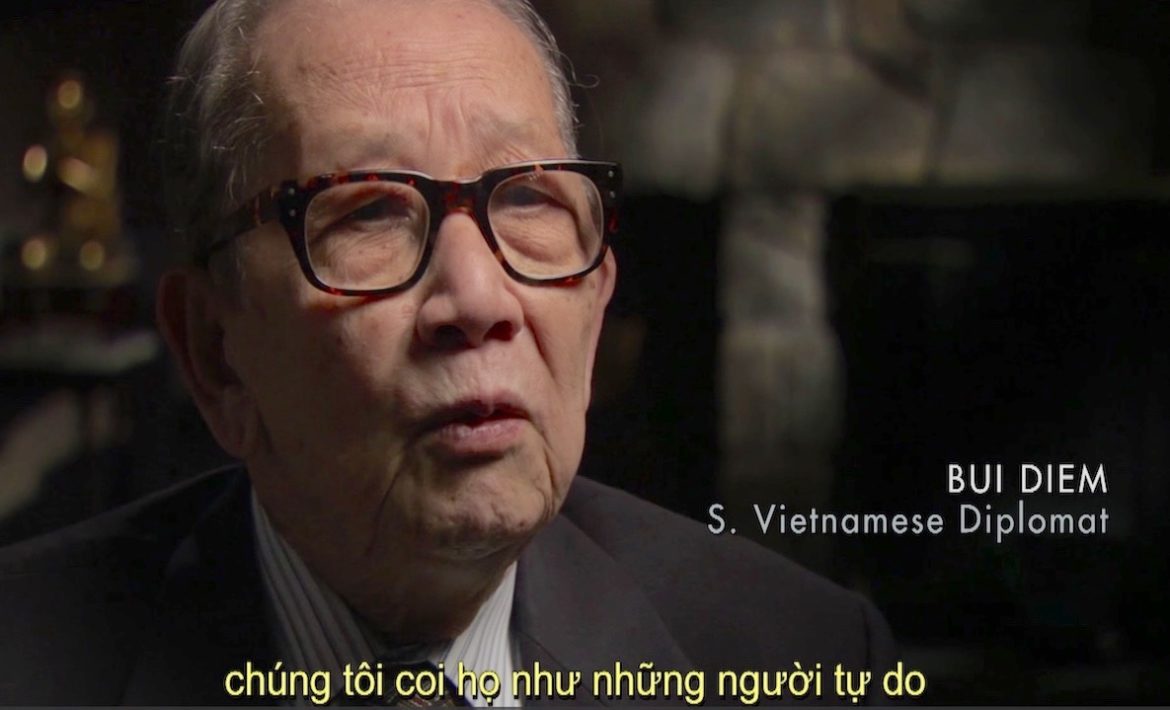 WGBH worked with two translators on the version of the Florentine Films documentary that streamed in Vietnam.

A Vietnamese-language version of The Vietnam War from Florentine Films has been streamed more than 1.1 million times within the Southeast Asian country.

Lynn Novick, who directed the 18-hour PBS series with Ken Burns, said she learned during production that people in Vietnam “don’t know their own history. They don’t know much about the war. They don’t know why Americans were there; they only know what their government told them.”

Making the documentary available to the Vietnamese people was a priority to the filmmakers and PBS. “It was important to everyone involved to find a way” to make the film as accessible as possible, said Florentine’s Sarah Botstein, Vietnam producer.

Though the streaming window for U.S. audiences to watch The Vietnam War closed last year, viewers in Vietnam can watch the documentary on a PBS YouTube page geo-targeted to the country. The film’s team believes the audience exceeds the views measured on that platform.

The sweeping documentary, more than 10 years in the making, captures the controversial conflict from multiple viewpoints: American and Vietnamese, veterans who served in the military, protesters in the American anti-war movement and other key witnesses. It had its broadcast premiere in September 2017.

Within U.S. audiences, streaming of the first episode in the series set a record at 2 million views, according to PBS. The episode became the highest-streamed series premiere in PBS history. PBS.org gave viewers multiple options, including a director’s cut and both Spanish and Vietnamese-language versions. The documentary was available free for streaming two weeks after its initial broadcast and two weeks after each episode rebroadcast last fall. It was also offered on Passport, PBS’s on-demand video platform for station donors, through December 2017.

Novick said that the Vietnamese-language version is especially meaningful to sources in the film who don’t speak English.

The full series will remain available on the Vietnamese YouTube platform at least through the spring, said Eric Freeland, senior director of digital programming for PBS, who created the YouTube page.

“The year 1968 was when a lot of important activity around the war happened,” Freeland said. “So because it’s 50 years later, we’d like to keep the film out there.” Florentine will ultimately decide when to take down the page, he said.

YouTube is widely used in Vietnam, which makes it a good platform to distribute the series in a country where PBS is unknown, Freeland said.

Facebook has been another important platform for creating buzz about the film in Vietnam.  The word “Facebook” is slang for “Internet” among Vietnamese, said Thomas Vallely, a senior adviser on the documentary who served in the Marines during the war. Vallely also appears in series’ second episode discussing his experience.

When Novick conducted screenings of clips in Ho Chi Minh City and Hanoi last summer, the events drew enthusiastic audiences and more attention to the film.

“I’m very proud of the fact that we could get the film to the Vietnamese people,” she said.

As the Florentine team moved toward locking the film, Novick said, “it became extremely important that a Vietnamese version was created for older Vietnamese-Americans who may not speak English. Knowing we were doing that made it enticing to think about making that version available to stream.”

The WGBH Production Group in Boston led by Chris Fournelle, post-production director, oversaw creation of the translated version, a job that took more than 700 hours. WGBH’s Media Access Group first created captions for the domestic version of the film. Those caption files were exported as text and provided to CamLy Bui and Tran Ha Nguyen, who carefully translated the English into Vietnamese. 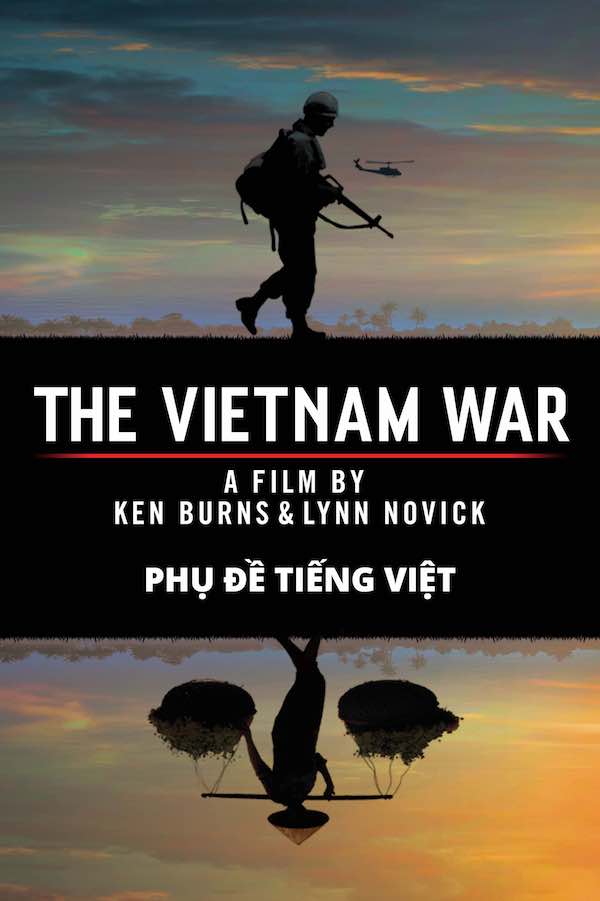 The documentary’s poster with its Vietnamese translation.

“Due to the sensitivity of the subject matter and the vocabulary used about the war, the translators really had to put a lot of thought into what people were saying,” Novick said.

Vallely has heard several compliments from English speakers in Vietnam about the precision of the translation work. He spends a lot of time in the country as senior adviser for Mainland Southeast Asia for the Harvard Kennedy School’s Ash Center for Democratic Governance and Innovation.

In Vietnam, “they watch a lot of American movies and TV shows with translations,” Novick said. “They can tell if it’s a good or translation. The quality of our film’s translation has given it credulity.”

Vallely knew that streaming was the best option for releasing the film in Vietnam. VTV, the main broadcast network in the country, is government controlled.

The WGBH team screened the final version for the U.S. Ambassador to Vietnam and the Vietnamese United Nations Ambassador before the broadcast premiere.

Press officials in Vietnam’s  Ministry of Foreign Affairs made it clear to the documentary team that “they don’t agree with what the film says about the war,” Vallely said. “That’s because the documentary has a different view than the Communist Party narrative.”

However, “we didn’t negotiate,” he said. “We showed them the film and said, ‘We’re going to put it up.’” And the government didn’t block it.

“So it’s available in the ‘left-lane space,’ as we call it,” Vallely said. “Official government media is in the ‘right-lane’ space.”

Although the series is on a YouTube page, Vallely said most people watch it another way. “They create their own websites with films. Or they can buy it on the street. If they want to watch it, they’ll find it.” So the streaming views through YouTube are an incomplete count of its Vietnamese audience.

So far, there have been 1,147,258 unique streams of the translated film within Vietnam, Freeland said. Episode 1 is the most viewed at 261,836. Coming in second is Episode 4 with 120,449; one focus of that episode is the growing anti-war movement in America.

“The film had various points of view and we wanted to be able to convey that across all the digital platforms,” Freeland said. “Making it available in Vietnamese, we truly made good on that.”