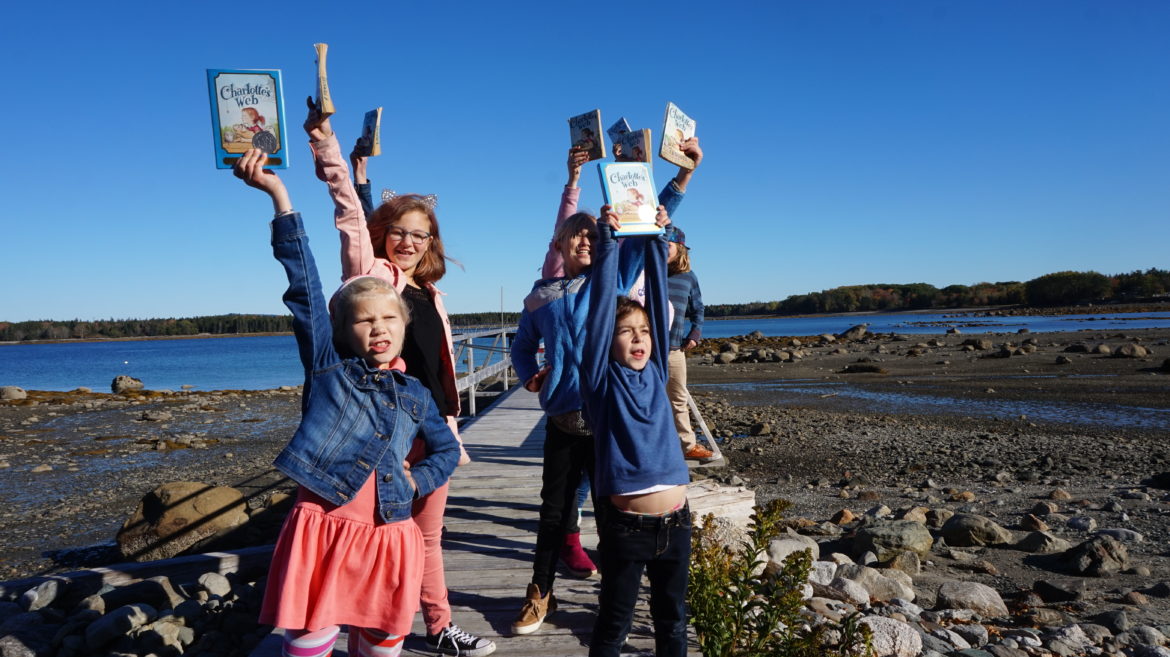 Ask 100 readers around the country to name their favorite fiction book, and you’ll receive 100 different answers.

PBS is gearing up to start an intergenerational conversation about favorite books with The Great American Read, a miniseries and digital campaign. By the time it concludes next fall, participants will have narrowed those answers down to America’s “Best-Loved” book.

Created in partnership with the production company Nutopia, The Great American Read launches with the May 22 debut of the first episode in an eight-part television series. A multi-platform digital campaign will build engagement and participation over the summer, culminating with a series finale that runs in October.

Jane Root, founder and chief executive of Nutopia, proposed the concept of The Great American Read to PBS approximately two years ago, according to PBS’s Bethany Latham, project director. Root had worked on a similar project at the BBC in 2003, The Big Read, and wanted to adapt it for an American audience.

While the basic idea behind both projects is the same, The Great American Read is more comprehensive than its British predecessor, Latham said. In addition to the digital campaign, PBS’s version will use partnerships with member stations and publishers to build participation.

Outside partners on the campaign include the American Booksellers Association, the Library of Congress, the literary agency Aevitas Creative, eight publishing companies and independent booksellers, according to Sumner Menchero, PBS director of strategy and station support.

The campaign will be built on a cross-generational list of America’s top 100 novels, to be selected by a representative national survey of the American public, Menchero said. Social media promotion that has already begun leads up to release of the list during the week of April 23.

On May 22, a two-hour launch episode with a yet-to-be named host will invite viewers to participate by reading and voting on their favorite titles from the list, Latham said. Over the following 15 weeks, the social media and digital campaign will feature the books in the running for the “Best Loved” title, encourage voting and promote community engagement. The campaign will roll out on Facebook, Pinterest, Instagram and a multimedia website.

Nutopia, founded by Root in 2008, has a been a leader in creating and producing “megadoc” series — TV shows that combine “epic cinematography and action-driven drama with high-end documentary and A list talent,” according to its website. The company has partnered with PBS, cable networks and international partners such as the BBC to produce series such as Civilizations, hosted by Simon Schama and debuting April 17, and last year’s Africa’s Great Civilizations, a six-parter hosted by Henry Louis Gates. Root is a former president of Discovery US and controller of BBC 2.

PBS stations will participate by promoting The Great American Read in their communities and to their audiences. With funds provided by the Anne Ray Foundation, PBS is providing grants to support events and activities such as screenings, book clubs and appearances by authors discussing their work.

Five stations are already partnering with PBS on specific elements of the campaign, according to Menchero. They include WNET in New York, WETA in Washington, Detroit Public Television, WUCF in Orlando and Nashville Public Television.

WNET’s Wavelength digital content sharing platform will provide series content to other stations, for example. WUCF and Nashville Public Television will share details about their partnerships with libraries and independent booksellers as models for other stations.

Detroit Public Television, which produces coverage of national book fairs, will bring its relationships with authors and publishers to build more participation in The Great American Read, according to President Rich Homberg. The station has found that “people’s relationships with libraries, bookstores, authors and book clubs are, in many ways, parallel to their interest in public television,” he said.

After local events and activities conclude at summer’s end, the television series will relaunch Sept. 11, reminding viewers of the top 100 list and updating them on summer progress. 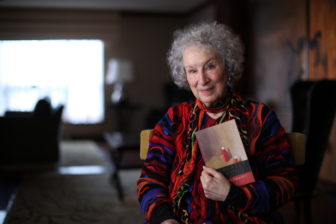 Margaret Atwood, author of “The Handmaid’s Tale,” is among authors on the top-100 book list who will discuss their writing process and share the inspiration behind their works.

The five one-hour episodes that follow the relaunch will feature authors, celebrities and public figures with a particular interest in literacy. Each show will center on a literary theme, such as villains and monsters, heroes, other worlds, and what we do for love.

The series and campaign will conclude Oct. 23 with a countdown of the top 10 books that received the most votes and a final reveal of “America’s Best-Loved Book.”

The Great American Read aims to attract viewers of all ages by including cross-generational titles and children’s books within the list, Sumner said. PBS Kids will also promote the campaign within its programming and events, providing age-appropriate materials for early, middle and high school readers.

Latham said she hopes The Great American Read will inspire a multigenerational discussion among audiences and families, encouraging older and younger readers to enjoy their favorite titles together and continue promoting reading in the process.

“Reading is so much of a family-shared activity as well, that it encourages conversations among the generations,” Latham said. “So we see a lot of opportunity there.”

Homberg described the audience participation that’s built into The Great American Read as exciting model for PBS, and predicted that it will open up possibilities for more book-related series.

“There’s so many ways that you can play off of this in the future and it’s a great, smart, valuable experiment for PBS,” Homberg said. “It will also stretch us all to get more connected to our communities and to find new ways to create energy around programs.”