For a recent episode of Current’s podcast The Pub, I asked a handful of producers and hosts what a talk show should be online, aside from being available as a podcast (and we won’t get into podcast strategy here). Two facts were very clear:

But two trends were also clear. With the limited time they have, people who make shows generally choose to either engage the audience before going into the studio — by gathering comments, crowdsourcing ideas or finding guests — or they find ways to repurpose what happens during their shows into something else that might appeal to people who didn’t (or can’t or won’t) listen. It’s pre- or post-engagement; digital shapes and augments the live show, or it takes the conversation to a new audience.

Both strategies work for their respective shows. Pre-engagement is a combination of sourcing, promotion and audience research. The producer finds out what the audience wants to hear, incorporates those findings into the story and then (hopefully!) gets people to listen to the show and tell their friends about it. The producer brings the digital world into the analog.

Post-engagement moves in the other direction; it takes the analog show to the digital world. This strategy accepts the fact that most people don’t click to listen to web audio in a browser — in September, for NPR, just under 8 percent of visitors to a page with a listen link and short description clicked to listen, and when the listen link accompanied a written story, only 2.5 percent of visitors listened. If people won’t listen after the fact, give them something they will engage with.

The final product and ultimate goals of pre- and post-engagement are different, but the producers I talked to had found success by going beyond the superficial aspects of each.

Starting early: engagement before the show

It’s become a common refrain on talk shows: “A listener on Twitter says …” or “Jane wrote on our Facebook page …” followed by a comment. Social media adds to — or replaces — the experience of live calls. The comments come in quickly and in 280 characters or fewer.

But pre-engagement requires more than sifting through tweets and putting the good ones on air. For digital outreach to be part of show, it needs to shape or inform the conversation and give something back to the people who took the time to write.

This is a strategy I’m partial to, since it’s how I spend my time at my day job on 1A. We try to incorporate not just listener voices, but the audience’s curiosity and personality into the program. And there are great tools for this. We use the standard networks — Twitter and Facebook — to post articles about the topics we’re thinking about putting on the show, and we see what our followers might have to say. And we use Hearken and SMS to solicit questions and personal stories about topics. Each platform brings a very different type of response — SMS is more personal, generally, while public-facing apps can sometimes lead to a lot of statements framed as questions or invitations to arguments.

Each platform has its place, and not knowing that has its pitfalls. As with any social media–based strategy, it’s important to avoid becoming a thirsty brand. It’s great to open TweetDeck and see hundreds of comments for a show, but if your digital presence is only asking for things from your audience, then you’re not having a very good conversation. You’re engaging with followers in only one way, and it’s a rare listener who has the time and energy to thoughtfully weigh in on politics, sports, food, music and science in the span of a few days, especially when it’s ultimately the show’s job to facilitate and host an informative conversation. 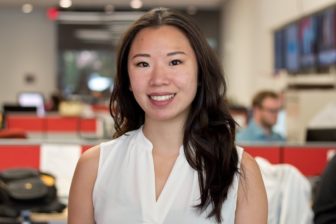 It’s important to know when to ask for feedback, how to ask, and whom to ask. “It involves trying to know a little bit more about where certain communities are based,” says Ruth Tam, a producer on WAMU’s The Kojo Nnamdi Show.

Tam says two recent shows she produced — one on gender identity and another on local sports — were shaped by pre-engagement that targeted a knowledgeable audience in a way that sought feedback beyond asking “What do you think about this?”

“Folks who talk about gender identity and queer identity and then sports fans are very, very active online,” Tam says. “I already knew a couple of folks who were plugged in and were thought leaders of sorts on those issues, and so, reaching out to them and allowing them to reach out to their networks online just spawned this chain reaction of people contacting others on my behalf trying to get new voices and new input for both of those shows, and I think really turned into something I couldn’t have anticipated if I didn’t try to source views online first.”

Moderation (of yourself, not the comments) is the key to not becoming a thirsty brand. But one issue many producers (me included) grapple with is how much of a brand to be online. Shows are hosted by people, not logos. Building a personality for your show that goes behind the avatar is key to getting human engagement.

“The best interactions with listeners that I’ve had over online platforms is when I try to approach the interaction more as a person, instead of a producer,” Tam says. “I want our show’s digital presence to have a spirit of community. I’m a Washingtonian asking another neighbor about what they think about something. We’re a local show, I want it to have that feel. Instead of ‘Pay no attention to the man behind the curtain,’ the man behind the curtain being this silent, anonymous producer who holds the reins to the Kojo account.”

And there are different ways to do this: A host can be more active on Twitter, the producers can agree on the voice the official account should have, you can tag or retweet producers who are posting about their work, and you can respond to people without sounding like a robot or someone following a script.

Done right, pre-engagement leads to a stronger show that listeners hear their voice in (even if it’s not literally their voice) and hopefully more informed — and just more in number — listeners. But to a producer, spending all your time in the days and hours before a show can lead to an odd feeling after the show. You and your colleagues have done all this work … but now what?

Just because we work in audio (and digital audio is, through podcasts, having a moment) doesn’t mean radio producers don’t get envious of infographics, engrossing longreads, or splashy web buildouts. And the fact that we’re working in newsrooms all day can make the moments after a show’s broadcast feel like wasted time. We’ve just gathered some great quotes, maybe we’ve broken news, and we know that most people who come to our site aren’t going to listen to the audio we’ve posted.

Even though my work on 1A focuses on pre-engagement, my colleagues and I try to find some way to capitalize on blockbuster moments with audiograms or select transcripts. But when it comes to digital content — not podcasts or streaming audio — there’s no replacement for a thought-out, researched presentation that can stand on its own, free of the hour-long MP3 linked at the top of the page. And that’s why some producers focus on the moments after a broadcast. 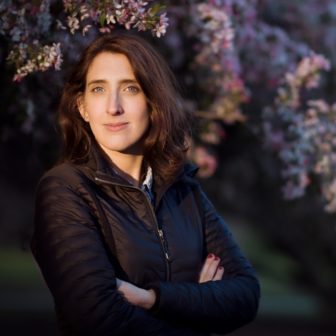 “All this carefully crafted skill goes into creating these radio pieces, then afterward the web post, the tweets, the corresponding live video — they just kind of die on the vine because there isn’t enough time to spend in crafting with the same kind of attention to what the audience needs or wants in the post,” says Kelly Moffitt, a producer at StoryCorps who, at the time we talked, was working on St. Louis On The Air at St. Louis Public Radio.

Moffitt’s strategy in St. Louis was to try to reach people who weren’t listening to the show.

But this doesn’t mean simply writing an article about a show — so-and-so said this, and so-and-so responded with that. Just like with pre-engagement, post-engagement has to be selective, especially in the crowded, text-heavy world of online news. Moffitt says that before putting together web buildouts, she would ask, “What would [a reader] need out of this content, what could they still get out of this content?”

One buildout Moffitt says was especially popular was based on a live forum the show aired on regional ballot issues. “Those were highly informative pieces of content, but you had to be there in person to hear them or listen during the show,” Moffitt says. “Essentially, what I did with that — and this took excessive amounts of time — was listen to the big points from those and made web posts that were literally listing what were argued as pros and cons, with a description that was objective with reported facts at the top of that article and below that, listing out what was said.”

These were among the most popular posts on the station’s site at the time, Moffitt says. And just like how every show might not be the best topic for heavy audience pre-engagement, Moffitt says not every segment needs a time-intensive buildout.

“In the past year, I’ve really shifted,” she says. “Instead of doing a huge, drawn-out post for everything, I have the sense now of, what’s something that would be of use to a reader or listener, or what’s something that could go quote-unquote ‘locally viral?’” This includes profiles of locals and conversations about food, she adds.

Ultimately, what both approaches (and there are many more) illustrate is that, when done well, digital is in the DNA of a show. It shapes what happens before the microphones are on, or it turns what happens during the show into something that works in other formats, for other audiences. But it doesn’t come across as an add-on. Each technique is part of a show’s personality, not just window dressing, and it’s as important as the choice of guests or the list of questions.

Deciding where digital makes the most sense is part of deciding what a show is going to be. And that “might help organizations when hiring for these positions,” Moffitt says of jobs like her former one.

And no matter what decision a show’s team makes, there will always be buildouts that fall flat and callouts that go unanswered. But everyone I spoke with had learned from cases like that. We know that our time is limited, but so is our audience’s.