This week’s episode of Made Possible By… takes you to the intersection of Memory Lane and Sesame Street, with a co-creator of the iconic kids’ television show. Natalie Engel, associate director of children’s programming at PBS, interviews Lloyd Morrisett, who helped develop Sesame Street and was a co-founder of the Children’s Television Workshop. 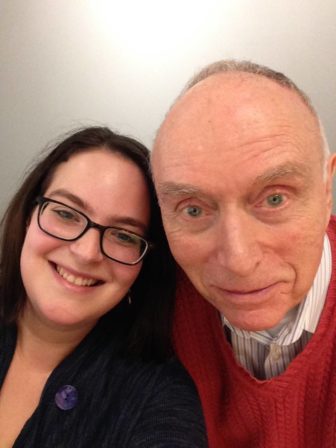 When Morrisett and his collaborators started Sesame Street, he says, “the question we were trying to answer was, could television teach anything? Because there were a lot of people who didn’t think it could. … There was an academic prejudice against television. It was seen by many academics as the ‘boob tube.'”

Please subscribe to Made Possible By… in iTunes or your favorite podcast app and leave us a rating and a comment! That will help boost our search results and allow people to find the show more easily. Made Possible By… is also available on NPR One.

We welcome your feedback on the show: You can reach us at news@current.org or on Twitter at @currentpubmedia.