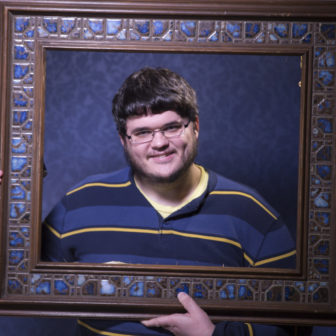 Like so many millennials, I grew up watching public television (the usual suspects: Sesame Street, Mister Rogers’ Neighborhood, Where in the World Is Carmen Sandiego?). Even as a youngster, I understood that there was something special about PBS. It wasn’t just more educational than other channels, it was more universal — if you had a TV, you could hang out with Big Bird every day. That was true for everybody, from the richest kids to the poorest.

Years later, as a young adult, I discovered my local NPR affiliate (90.9 WHYY-FM, Philadelphia; represent!) and was delighted to hear stories and voices I simply couldn’t find anywhere else. More importantly, I began to understand the real value of public TV and radio as a source of information and entertainment for people of all ages, races, classes and creeds.

Which brings me to my own career in public media. In the fall of 2015, after spending the better part of a decade working in a government office, I made a radical life change and joined Articulate with Jim Cotter as a social media manager.

Was I being selfish by leaving a socially valuable job for one that seemed so, well, fun?

This job was, in many ways, a hard left turn. For nearly eight years, I’d been a caseworker in a welfare office, where I’d worked directly with the public and tried my best — within the constraints of a deeply bureaucratic system — to help people through difficult times in their lives. I was departing for unknown, yet undeniably exciting territory: a full-time gig where I’d write articles and scripts about various cultural topics, craft snarky leads for Facebook and Twitter posts, and find creative ways to help Articulate establish its digital footprint.

Still, excited as I was, I couldn’t help feeling a little guilty. Was I being selfish by leaving a socially valuable job for one that seemed so, well, fun?

Then it hit me: Public media is public service. Programs such as Sesame Street, Nova, and Independent Lens aren’t just TV shows. They’ve each left an indelible mark on our society, providing entertaining, informative stories that viewers will carry with them for years to come. And, at the risk of sounding ambitious, Articulate isn’t “just” an arts show, but a way to explore life through a cultural lens.

Art can help us make sense of the world and even lead better lives. As digital content supervisor, I’m tasked with upholding these beliefs not just on our social media channels but through all of our original web content. So, while I might not be working directly with the public so much these days, I’m deeply proud to be part of a show — and, indeed, a larger public media family — working earnestly to make the world a better place.