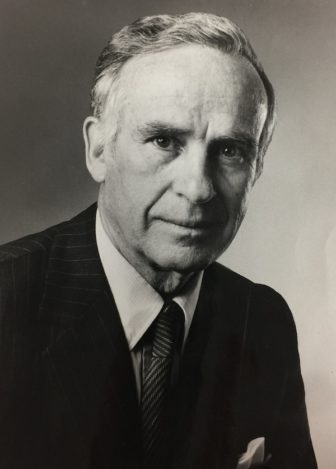 Sagner, a New York businessman, was nominated to the board in 1994 by President Clinton. His appointment initially met with resistance from several Republicans in Congress who saw him as too liberal, according to a May 1994 record of a hearing.

Critics pointed to Sagner’s ownership of the progressive magazine The Nation and his founding of the Fair Play for Cuba Committee, which backed a grassroots Cuban revolution. Opponents also said Sagner lacked experience in broadcasting.

The Senate finally confirmed Sagner five months later. The CPB Board elected him vice chair in 1995–96 and chair in 1996–97.

Current noted that Sagner was elected chair “as appointees of his party began to assert control” during Clinton’s fourth year in office. CPB President Richard Carlson, a Republican, departed his post soon after Sagner became chair.

Sagner chaired CPB’s audit and finance committee and served on the strategic planning and education committees.

Sagner was also influential in New York City and is credited with revitalizing the Port Authority that oversees much of New York and New Jersey’s transportation infrastructure.