Ben Godley is moving into a different role at WGBH, and will drop his responsibilities as COO to concentrate on growing the Contributor Development Partnership and other business services at the Boston station. 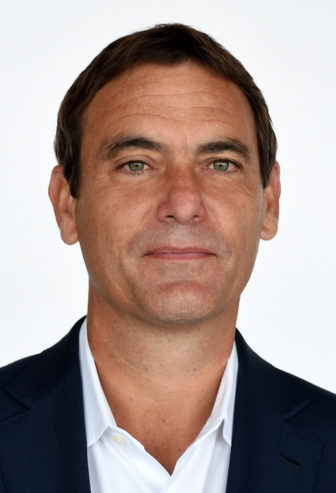 Godley already oversees the business unit, which also includes the Public Media Management service partnership with Sony, and wants to focus on that part of his portfolio. He envisions developing the business unit into “a separate entity with a different structure” from WGBH, he told Current. The board and management are discussing those plans, he said, with details to come within the next six months. Godley will continue as COO until his successor is hired.

The CDP, which mines station data to hone fundraising best practices, “has added more than $100 million in incremental value back to stations,” WGBH President Jon Abbott told staffers in a staff memo announcing Godley’s move Wednesday. CDP launched in 2011, proposed by WGBH, funded by CPB and backed by the Major Market Group.

“There’s a compelling case that stations that are part of the CDP are growing their membership files and making money across the board, without exception,” Godley said in an interview. That’s especially important given the ongoing concerns over federal funding, he said.

CDP could be the most broadly adopted station service in the system’s history, Godley said, with 225 stations participating and more joining each month. “The opportunity to scale CDP on behalf of the public media system is significant,” Abbott said in the announcement, “and Ben, our board and I see the potential to help stations add financial resources and fundraising capacity to allow them to better focus on service to their communities.”

Michal Heiplik will remain as CDP executive director. “We’ve been tied at the hip from Day 1” on the project, Godley said. “That partnership continues. We will focus on growth.”

One element of the business plan is to continue enhancing CDP’s analytic capabilities, an area where WGBH has been “investing significant money,” Godley said.

The CDP reference file contains 130 million data fields from 18 million donor accounts. It’s now integrating data from Passport, the members-only streaming service introduced by PBS last year. “We’re understanding what a donor watches and what prompts that donor to give, so that’s a new level of value for stations,” Godley said.