Grace Hill, who rose from station receptionist at WCET to an influential program director, died Dec. 9 of heart failure at Mercy Hospital in Cincinnati. She was 78. 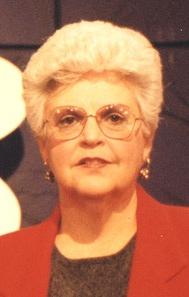 Hill began her career at the public TV station in 1962 and retired in 2009. She is credited with modernizing WCET’s programming department, helping to create and showcase on-demand videos, embracing the concept of multiple digital channels and pioneering membership drives for PBS stations nationwide, according to a statement from the station. “She really was part of the generation that created public television,” said David Fogarty, WCET president.

Lubinsky said Hill helped launch his career as a national pledge talent when she brought him to WCET to pitch Doctor Who. “From there, she encouraged and championed me to follow my instincts, take risks and be myself on cameras and in business,” Lubinsky said. She also coached him on “how to temper the balance of mission, business and transaction,” he said.

Hill served as executive producer for many of WCET’s local programs, including the weekly public affairs series Focus. The popular exercise program Lilias, Yoga and You, which was distributed nationally starting in 1973, was created under her leadership.

“It is not an overstatement to say she had her fingerprints on most every locally produced CET program from the early ’70s through her retirement,” former station manager Jack Dominic told WVXU in Cincinnati.

Hill was a past chair of the program managers’ council for the Eastern Educational Network, the forerunner of American Public Television. She also served on advisory committees for development of The Lawrence Welk Show and the children’s program Calliou.

Visitation and services will be Saturday at Saint Ignatius Loyola Parish with interment in Spring Grove Cemetery. Both are in Cincinnati.