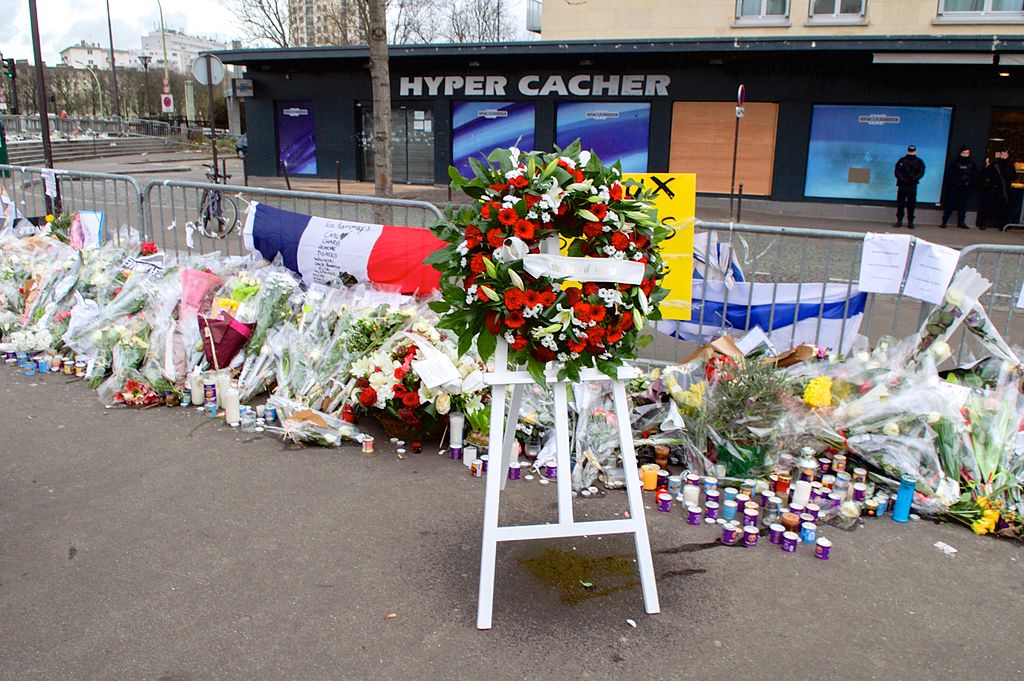 A memorial for victims of a terrorist attack at the Hyper Cacher kosher supermarket in 2015 in Paris.

The two-hour film, in production for fall 2018, is expected to begin in Ukraine, where more than a century ago Goldberg’s family was among generations of Jews to flee anti-Semitism for the promise of upward mobility and safety in parts of Europe and the U.S. It then travels across contemporary Europe, with stops in Hungary and France, to follow anti-Semitism’s rise and the violence it has spawned. In visits to U.S. college campuses, the film examines how debates about Israel veer into anti-Semitic rhetoric.

“At the very end, we’ll probably be right back here, in the [New York City] suburb where I live, and where we’ve seen an increase in anti-Semitism in and around the area,” Goldberg said.

In the U.S., anti-Semitic incidents jumped 86 percent in the first quarter of 2017, with a steep increase since the November 2016 general election, according to the Anti-Defamation League. The states with the highest number of incidents tend to be those with large Jewish populations.

Meanwhile, anti-Semitic rhetoric and discourse is emerging across Europe, Goldberg said. Britain’s Labour Party, considered liberal, has been accused of being too tolerant of anti-Semitism. While campaigning during this year’s French presidential race, Marine Le Pen, of the far-right National Front party, suggested that France was not responsible for rounding up Jews and sending them to concentration camps during the Holocaust. She received roughly 30 percent of the vote for president.

There have been several bloody attacks on Jewish properties in France, Belgium and Denmark, Goldberg said. “None of this seems to be letting up,” Goldberg said. 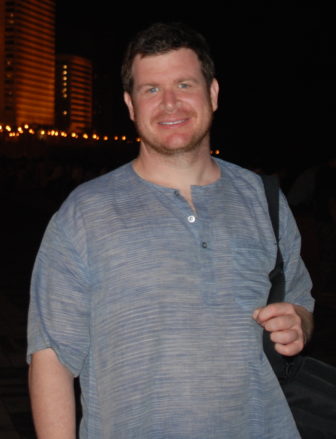 In The Evolving Hatred, interviewees will share their stories, while experts offer commentary, Goldberg said.

When the film stops in Hungary, a seemingly “regular guy” begins chatting about how Jews planned to take over the world and control Hollywood, Goldberg said. “It’s not what you expect him to share, and this kind of voice is not the exception on the far right,” Goldberg said. But when asked whether he is an anti-Semite, the man firmly rejects the label. He says, “‘Of course not, I’m not an anti-Semite at all,’” Goldberg said.

In France, the film spends time with victims of terrorism, including a hostage in the 2015 Hyper Cacher kosher supermarket in Paris who was forced to assist the attacker by arranging for bathroom breaks and getting food for the hostages, Goldberg said. He’ll share “the sustained terror he felt as he watched other people shot in front of him,” Goldberg said.

“I’m not out on a mission or to prove a point. I don’t feel a responsibility other than to be a good journalist.” — filmmaker Andrew Goldberg

In Toulouse, France, the film hears from a Muslim man whose brother, Mohammed Merah, killed a rabbi and three schoolchildren at a Jewish school. Several of the man’s family members have been radicalized and fled to North Africa. “Here’s this person whose life has basically been destroyed by everything that every other member of his family has done,” Goldberg said.

In the U.S., Goldberg traces the rise of anti-Semitism on the far right and in the mainstream, he said. He focuses on college campuses, where criticism or discussion of Israel crosses a line and becomes “demonization of the Jews, or asserts that the state of Israel has no right whatsoever to exist,” Goldberg said.

Goldberg’s last major PBS film was The Jewish Journey: America, which traces Jewish immigration to the U.S. through the centuries. Ten years ago, Anti-Semitism in the 21st Century: The Resurgence similarly traced the rise of anti-Semitic incidents and rhetoric but in mostly Middle Eastern countries.

Though the documentary may touch on the story of Goldberg’s own family, he stressed that he is approaching the subject as a journalist. “These are age-old problems that have plagued the human race for thousands of years,” Goldberg said. “I’m not out on a mission or to prove a point. I don’t feel a responsibility other than to be a good journalist.”

The film has a roughly $2.1 million production budget. Its primary funders include the Marc and Diane Spilker Foundation, Crimson Lion Foundation and Knapp Family Foundation. It’s expected to be distributed by PBS.