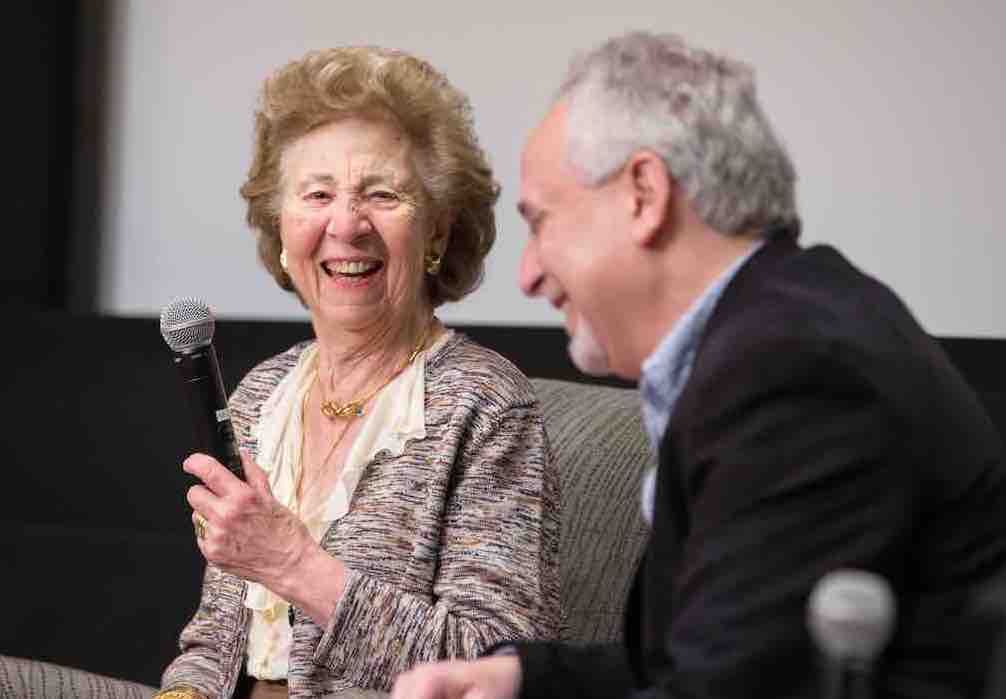 Lena Russo, left, shares a laugh with her son, filmmaker Lawrence Russo, during a June appearance at the U.S. Holocaust Memorial Museum.

Filmmaker Lawrence Russo needed to make the documentary Trezoros: The Lost Jews of Kastoria for one simple reason: to memorialize a vibrant interfaith community that was nearly forgotten after World War II.

“Whenever the subject of Greek Jews comes up, most people say, ‘There is such a thing?’” Russo said. 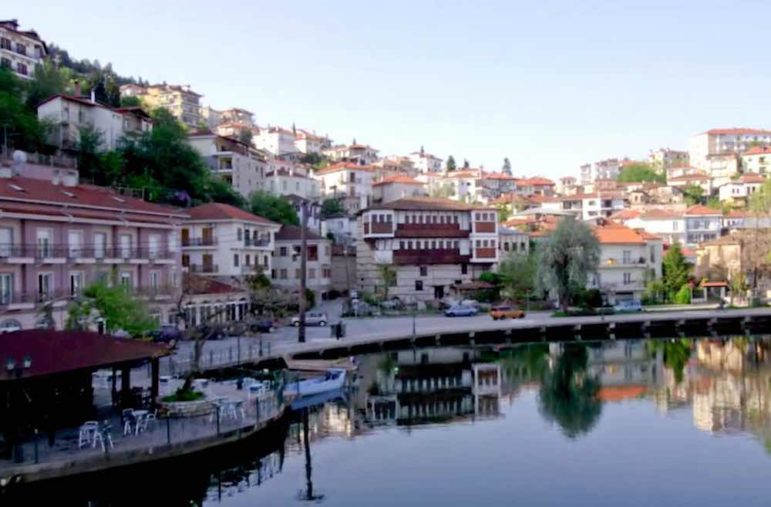 Kastoria, a quiet town on a picturesque peninsula in northern Greece, was home to some 900 Jews who lived for generations alongside Christians. Before the war, they shared friendships, schools, business relationships — even holidays, with Christians donning costumes for festive Jewish Purim parties.

When Axis forces invaded Greece in October 1940, the Jewish community was initially safe under Italian occupation. But in time, Nazis claimed control. Jews in Kastoria refused offers from Christian friends to be hidden away, fearing the Germans would kill them as well. By the end of the war, only 38 of the Jews of Kastoria had survived the Holocaust.

One was Russo’s mother, Lena. She was always reticent to speak about her life in Auschwitz. Russo grew up hearing only happy stories about Kastoria. “But I took those with a grain of salt because it just couldn’t be as beautiful and idyllic” as they described, he said. Once Russo began speaking with other Kastorians, he realized those memories were accurate.

In the lovely town dotted with Byzantine architecture, home to furriers and fishermen, Jews and Christians lived contented lives. Many spoke Ladino, an old Spanish dialect with vocabulary from Hebrew. Trezoros is a Judeo-Spanish term of endearment that means “treasures.” On Friday nights Jews couldn’t work on Shabbat, so Christian neighbors lit their cooking fires. The Jews returned the favor on Good Friday. 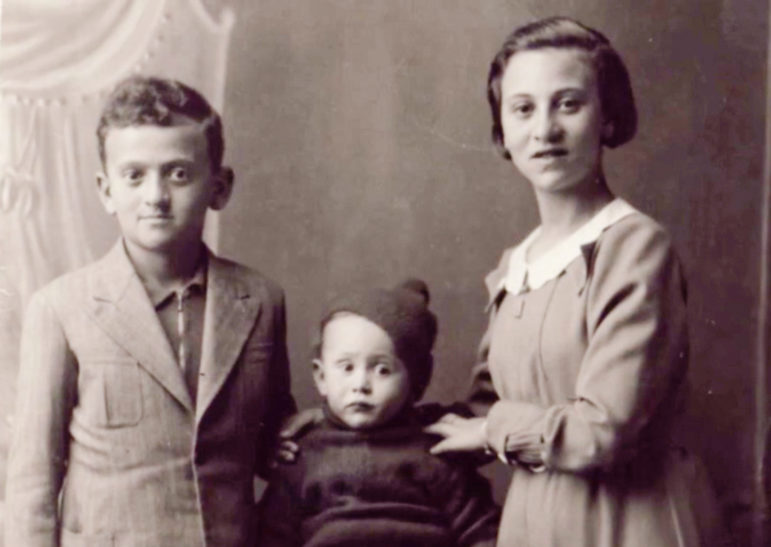 Lena Russo, right, with two of her siblings in Kastoria.

By the early 1990s, Kastoria survivors had begun dying off; Russo wanted to record their oral histories onto film. After the 1993 Holocaust film Schindler’s List came out,

Russo’s mother began to feel comfortable that people would believe her experiences, he said.

He’d recently helped open a film studio in New York City, the Shooting Gallery, and a distant cousin, filmmaker Larry Confino, attended the opening. Confino’s family on his father’s side were Kastoria natives who had owned a fabric shop. The filmmaker cousins began discussing collaborating on a documentary.

Russo knew the interviews with his mother would be a key part of the film. “But I didn’t know how to approach that on a professional level, filming my own mother,” he said, admitting the first few takes felt “awkward.” The conversation smoothed out over three filming sessions, he said.

In addition to interviews with Jewish survivors and their Christian friends, Russo and Confino unearthed from family members two troves of historic 16mm footage shot in Kastoria. The reels even contained images of the town crier Benjamin Honen, a tall, gray-bearded man who called out each day’s news for residents.

After the film’s completion, Confino, Russo and his mother appeared June 23 at the U.S. Holocaust Memorial Museum in Washington, D.C., for a screening. The three received a standing ovation after their question-and-answer session. “It was a wonderful moment,” Russo recalled.

“In the months since then, I’ve done a lot of reflecting,” Russo said, adding that he’s “so grateful” for the chance to tell Kastoria’s story with his mother’s help. The film is dedicated to her brother, who appears alongside Lena but died before its completion.

The documentary has screened at festivals worldwide, including Cannes. A screening in Kastoria was a particularly memorable event for Russo. Nearly 400 people packed the convention center auditorium for the film, which was specially subtitled in Greek.

Russo sat next to a 26-year-old Kastoria native. “He had no idea Jews had lived there — and he lives in the town!” Russo said. “So this film is to say, ‘Hey, they existed, they had a longstanding culture with a rich history and they were good people.’”