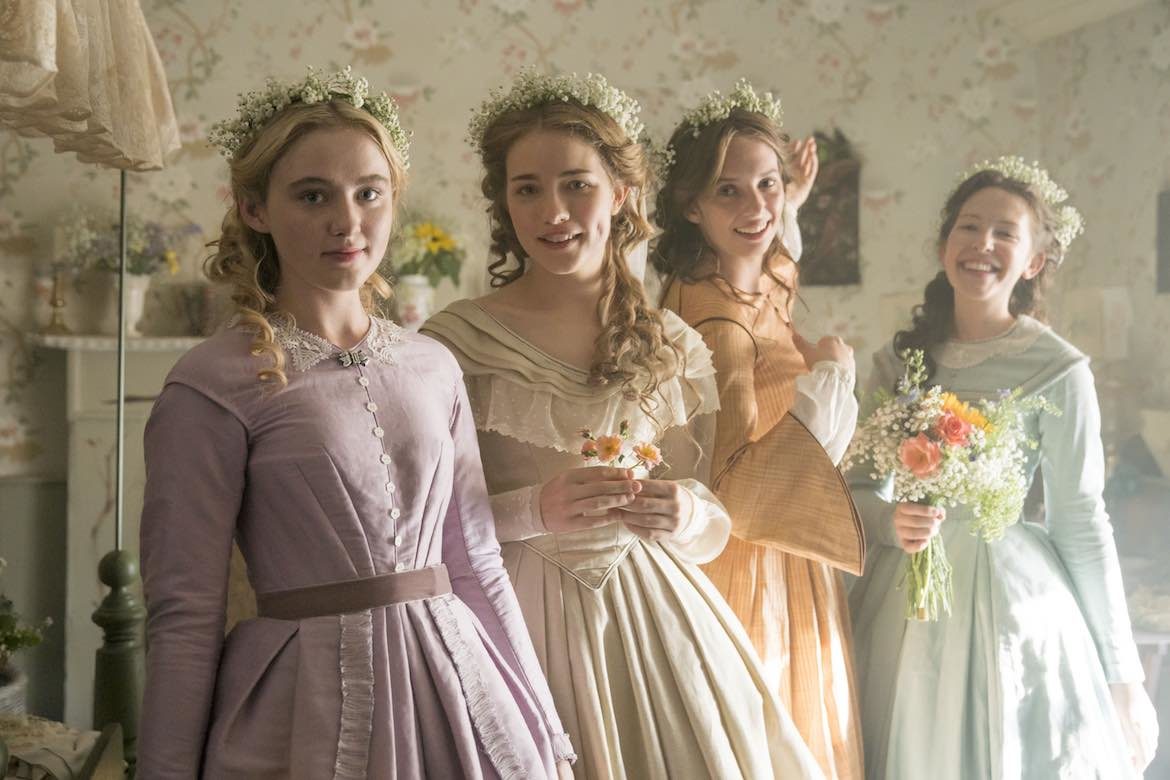 The "Masterpiece" co-production of "Little Women" takes a decidedly unstuffy approach to retell the story of the March sisters. From left: Kathryn Newton as Amy, Willa Fitzgerald as Meg, Maya Hawke as Jo and Annes Elwy as Beth.

Louisa May Alcott’s classic novel Little Women is coming to Masterpiece this spring, thanks in part to a nudge by one of England’s most celebrated television writers and a dash of extra financing from U.S. partners.

The BBC-led production wrapped filming outside Dublin, Ireland, last month. The elaborate sets featured a re-creation of Orchard House in Concord, Mass., where Alcott lived and set her beloved 1868 novel about four sisters coming of age in New England against the backdrop of the Civil War. The three-episode drama will debut on the BBC late this year, but official premiere dates are still in play for the BBC and PBS.

The production initiated in Britain, according to Masterpiece EP Rebecca Eaton. “The catalyst, the secret sauce is Heidi Thomas,” she said, referring to the British screenwriter who penned the adaptation. “Little Women is one of Heidi’s favorite books,” she said. Thomas is the writer of Call the Midwife, heading into its seventh season on PBS next spring, as well as adaptations of the BBC-Masterpiece series Cranford and Upstairs Downstairs.

The BBC hasn’t co-produced an adaptation of an American literary work with Masterpiece since Henry James’s The American in 2001. That drama aired as part of The American Collection, a Masterpiece spinoff that presented seven dramas based on American novels during a three-year run that ended in 2003.

“It is often an uphill conversation to get the British to put money in” U.S. adaptations, Eaton said. In the case of Little Women, Thomas carried that conversation forward.

Eaton first heard about the Little Women project by chance over lunch with an industry colleague in the south of France. She immediately called Colin Callender, whose London-based company Playground Entertainment was producing Thomas’s adaptation “to see how we could be involved.”

“We scrambled, and PBS came in with some additional funding because it was expensive, and it had to be done very fast because of the production schedule,” Eaton said. 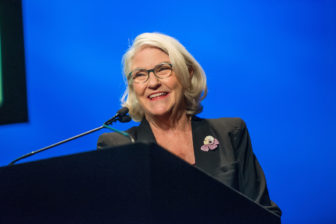 Eaton in December 2015 at an event in New York City promoting the final season of “Downton Abbey.”

PBS is the majority funder of Masterpiece but came in with additional coin for this adaptation, said Beth Hoppe, chief programming executive. Neither she nor Eaton elaborated on amounts they invested in the co-production.

But they both wanted in. “It was written in our backyard,” Eaton said.

Masterpiece parent WGBH in Boston is 25 miles from Concord.

The drama was produced in Ireland, however — at Ardmore Studios, just south of Dublin, and in the surrounding countryside of County Wicklow, a mountainous region on the eastern coast. Seeking authenticity, Playground brought in Jan Turnquist — executive director of Orchard House, the Alcott family home that has been a museum for 100 years — to advise on the set.

“They built an Orchard House. They did a beautiful job,” Turnquist said. “They worked hard to make it look like New England.”

As for the cast, it’s an unusually eclectic mix of British theatrical royalty — from Angela Lansbury to Michael Gambon — and young up-and-comers, including Maya Hawke in her first professional role. The Juilliard student and 19-year-old daughter of Ethan Hawke and Uma Thurman plays Jo March, the story’s strong-willed heroine.

“She auditioned like everyone else, and it was a great audition,” said Callender, who also produced the 2015 BBC-Masterpiece miniseries Wolf Hall from Hilary Mantel’s Thomas Cromwell novels.

Little Women’s producers were determined that the adaptation — which follows a trio of star-studded Hollywood movies from 1933, 1949 and 1994 as well as a 1978 NBC miniseries — speak to a contemporary audience.

The choice of director reflects that, too. Callender said the BBC suggested Vanessa Caswill, who had recently helmed Thirteen, a 2016 BBC dramatic miniseries about a teenage kidnap victim held in a basement in a house in Bristol, England, for 13 years before escaping. The Guardian called Thirteen “the kidnap thriller that’s redefining teen drama.”

Caswill’s 2014 telefilm, the comedy-drama My Mad Fat Diary, tells the story of a young girl trying resume a normal teenage life after spending four months in a psychiatric hospital.

“We wanted to make this feel fresh and of the moment, rather than a stuffy costume drama,” said Callender, who ran HBO Films for two decades. “Something that would appeal to a younger audience while remaining faithful to those who love the book and have fond memories of it.”

Caswill “was not constrained by the sort of grammar that has been associated with old-fashioned classic adaptations,” he said. “She treated the story with reverence, but didn’t execute it like it was anything other than a contemporary drama.”

Little Women reminds Callender of Sex and the City, he said, because fans of that landmark HBO series often self-identified with one of the four female friends. “‘Like, … ‘Which girl are you?’ ‘Which of the March sisters are you?’”

“’Little Women’ was written long before feminism was a household word, but Jo … is restless with social convention that requires her to be a lady.” — Rebecca Eaton, “Masterpiece”

Eaton certainly hopes Little Women will help expand the younger audience that Masterpiece started to build with Sherlock and Victoria.

“We had a lot more … younger people following Sherlock” and “a lot of young women following Victoria because she was only 18 when she became queen,” Eaton said. Masterpiece will promote Little Women around the second-season premiere of Victoria, which launches January 14, she said. Viewers returning for a fresh batch of royal dramas may be drawn to a new title about American girls coming of age.

Little Women has been translated into over 50 languages. Eaton believes there’s a universal and timeless quality to the book’s portrayal of a young girl rebelling against societal constraints.

“Little Women was written long before feminism was a household word,” Eaton said, “but Jo was very reluctant to accept a suitor. She is driven to write her book and restless with social convention that requires her to be a lady.” Heidi Thomas’s adaptation fleshes out the girls’ mother, Marmee, played by Emily Watson, revealing clues to her past as a young woman and making it clear “that Joe is her mother’s daughter,” she noted.

Eaton hopes to arrange for local stations to host screenings of a Little Women episode before the broadcast premiere, an event strategy that worked well with Downton Abbey and Victoria.

Admirers of the book, she said, “can come and see it on a big screen and bring their daughters and mothers and grandmothers, and fathers. As a communal event.”