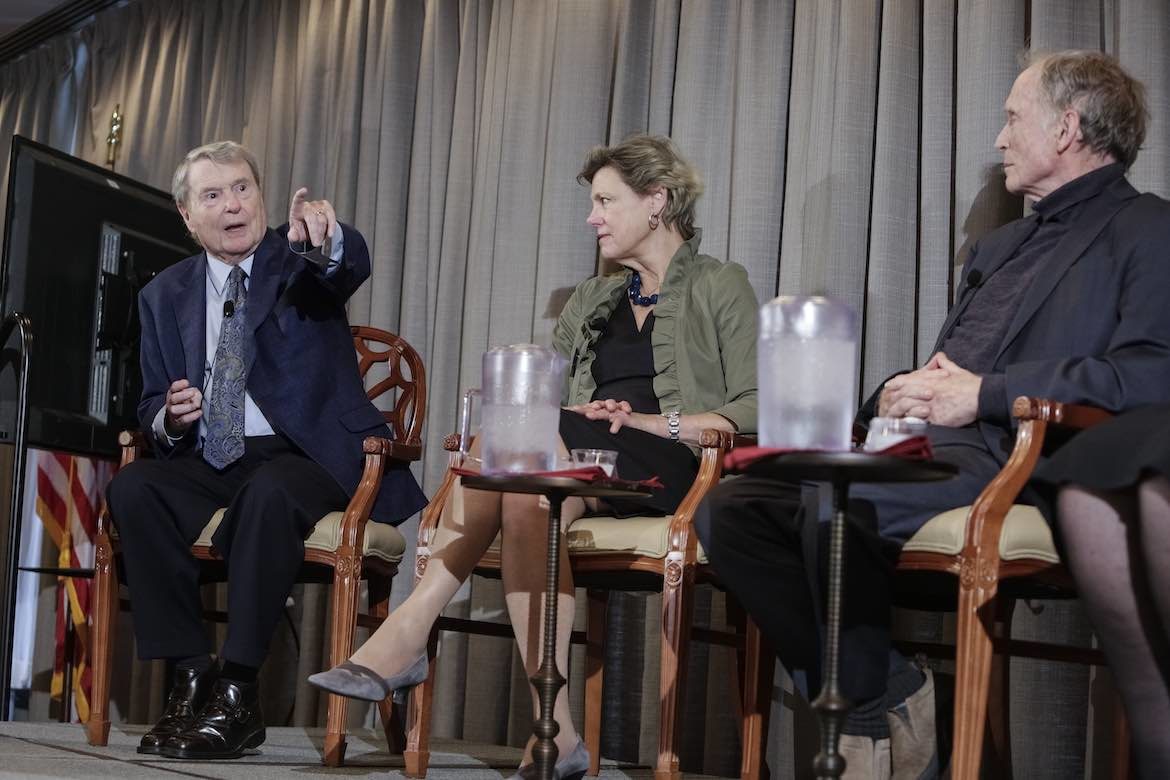 Jim Lehrer, Cokie Roberts and Dick Cavett were among the panelists at the Library of Congress event Friday.

WASHINGTON — Important figures from the first 50 years of public broadcasting celebrated its role in democratizing information in a series of discussions at the Library of Congress Friday.

Librarian of Congress Carla Hayden said the repository has always considered public broadcasting content a vital part of its collection. “We took to heart a study 20 years ago that characterized public broadcasting as the richest audiovisual source of history in the United States,” she said.

Hayden recognized in the audience 100-year-old Henry Morgenthau, an award-winning producer at WGBH in Boston from 1955­–77. His works include the 1963 documentary The Negro and the American Promise, which featured Dr. Martin Luther King Jr. and other civil-rights leaders.

Civil rights and the inclusion of underserved communities in media emerged as topics in each of the four panels, which covered documentaries, education, public affairs and news programs and the origin of the system.

Sesame Street co-creator Lloyd Morrisett paused to compose himself several times as he recounted the historical events that contributed to the program’s creation in 1969, such as passage of the Voting Rights Act and the assassinations of King and Malcolm X. “It was a very turbulent time that strongly affected us all,” he said. “Out of all that, Sesame was born.” 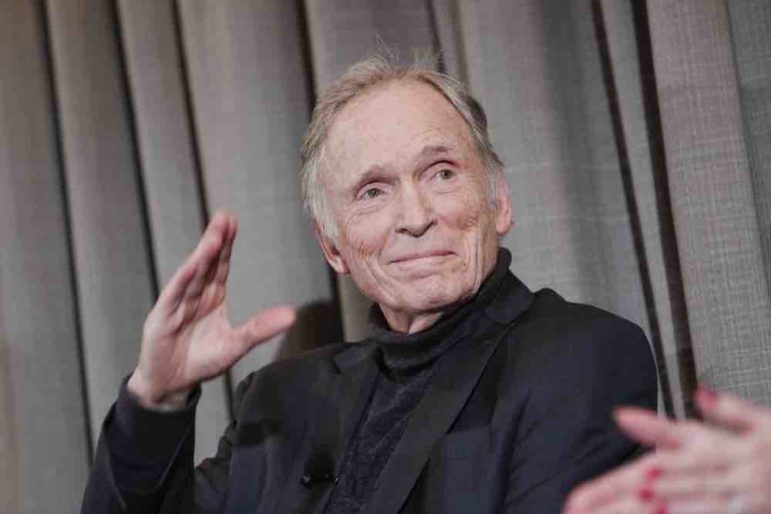 Sesame Street “went way beyond the letters to lessons about life … about how you treat other people of all different kinds, even if they’re not familiar to you,” said Nova EP Paula Apsell, whose two daughters, she said, “learned so much” from the program.

Showcasing the work of women and minorities in science has been a longtime priority for Nova, Apsell said. “The demographics of the country are changing, and we need to change with it.”

That includes choosing topics that address concerns of those communities. Apsell cited Poisoned Water, a Nova look at the science behind the water crisis in Flint, Mich., a largely African-American city. The episode highlighted work by “citizen scientists” pushing for improvements in the contaminated water system, she said.

“We won’t expand the percentage of minority viewers overnight,” Apsell said, “but if you’re more responsive to their needs, people will respond.”

Ordinary people telling their own stories was a unique approach for Eyes on the Prize, filmmaker Henry Hampton’s groundbreaking 1987 documentary on the civil-rights movement.

Filmmakers interviewed actual participants in that history, not academic experts analyzing events, said Clayborne Carson, a senior adviser on the production. “That was a breakthrough at the time,” he said, adding that “many documentaries now allow ordinary people to speak.”

Another public broadcasting innovation was the character-driven documentary story model. “We wanted to hear from as many people as possible as close to the subject as possible, then create a story arc,” said Margaret Drain, who helped create the history series American Experience, which premiered in 1988. “It’s something we embraced wholeheartedly.”

Public TV also distinguished itself through its coverage of the Watergate hearings in 1973 — a “watershed event” for news and public affairs on PBS, said newsman Jim Lehrer. “Up until then the stations and the public were divided as to whether we even needed” analytical evening coverage of the daily hearings, he said.

“PBS was nervous,” Lehrer recalled, so the producer, the National Public Affairs Center for Television, polled stations. But the question was asked “in a clever way. Basically, do you want to be patriotic or a jerk? And even then, we only barely won,” he said.

Lehrer recalled that his reporting partner, Robert MacNeil, noted that stations didn’t have a lot of prime-time schedule choices that summer. “He said, ‘If they don’t run the hearings, they’ll run the usual programs — English-speaking people talking and animals mating, and occasionally English-speaking people mating and animals talking,’” Lehrer said.

“Out of those hearings came the NewsHour and everything else,” Lehrer said. The popularity of the coverage “proved there was a role for news and public affairs.”

NewsHour still prides itself on reaching into diverse communities, said anchor Judy Woodruff. Recently correspondent Jeff Brown was speaking with inmates in San Quentin State Prison. He texted his colleagues that several dozen inmates thanked him for the program. “And while Jeff was in one cell doing an interview, he could hear NewsHour playing in the next cell,” Woodruff said. “We really reach people in every corner.”

“If inmates could join their local broadcasting station, that would be a wonderful funding story,” Lehrer noted.

Former PBS talk show host Dick Cavett touched on the continuing importance of public media. “It continues to be this great garden of thrilling, varied, wonderful things that are not available elsewhere on television,” he said.

“Public television is still vital to our lives,” Cavett said. “It sounds corny, but I believe it.”