The Library of Congress announced Friday an online presentation of public television’s historic coverage of the Watergate hearings and the acquisition of talk-show host Dick Cavett’s archives, which includes six years on PBS. 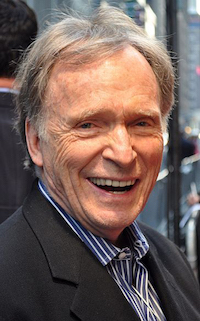 “Dick Cavett turned interviewing into an art form,” said Librarian of Congress Carla Hayden in an announcement. “He could talk to anyone, and his ability to listen and make the fascinating people who sat across from him more relatable guaranteed his place in television history.”

Another piece of TV history, the coverage of the Watergate hearings, was donated to the library by WETA, production home of PBS NewsHour. Former NewsHour hosts Jim Lehrer and Robert MacNeil began their careers reporting on each day’s hearings.

The National Public Affairs Center for Television taped the proceedings for rebroadcast each evening. The hearings, which aired for 51 days in 1973, became one of the most popular series in public broadcasting history, the announcement said, adding that the coverage “became a model for public television and, later, C-SPAN.”

The videos are now available on the website of the American Archive of Public Broadcasting. The AAPB is a project of WGBH in Boston and the Library of Congress.