Growing up, I was always listening to something. Around the house my sisters played David Bowie nonstop, and my parents fed us a steady diet of one-word musicals from the ’70s and ’80s: Fame, Pippin, Cats. High school was drenched in classic rock, until my ears were perked by punk, and then experimental music in college.

I did my time DJing an overnight show at a college station, and worked in a string of record stores while getting a B.A. in sociology. After graduating I discovered NPR, finally, while driving across the country and tuning to local member stations along the way to keep me informed about the world. Like so many others who discover the public radiosphere in this way, I became hooked. 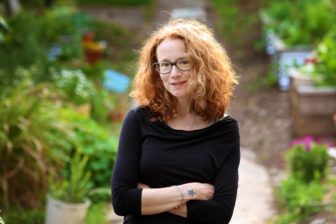 A couple years later I stumbled into the system professionally via a short-lived but formative stint at WUNC in Chapel Hill, N.C. After that I moved to Chicago, dropped anchor with the then-nascent Third Coast International Audio Festival and spent the next 13 years deeply immersed in creative audio storytelling harvested from every nook and cranny of public radio.

Like many who came to public radio in the 2000s, I didn’t enter into that world with a sense of how seminal the Public Broadcasting Act was for American media and culture. I had no clue what a groundbreaking declaration it was, how crucial a lifeline it would provide to millions. I never imagined life before CPB and the opportunities the Public Broadcasting Act paved the way for. But I was drawn to a field infused with the principles and values the PBA outlined and became devoted and passionate about what the Act defines and stands for, including encouraging the development of programming “that involves creative risks and that addresses the needs of unserved and underserved audiences” and supporting media that would “constitute an expression of diversity and excellence.”

Nearly 20 years after stepping into the public media arena, these days I find myself as devoted in spirit, but on a day-to-day basis I practically never interact directly with the public broadcasting system. As EP of an established podcast network, Radiotopia, my every minute is still consumed by listening, communicating with and supporting independent producers and loyal listeners, keeping up with the industry and contributing to the ongoing conversation about the value and worth of what we do. But the podcast environment feels different from the public radio world. It’s monied, competitive, electric, manic. Some of our podcasts also air on the radio, but most do not. The industry around me is pulling talent and innovation away from stations, into the wild west of podcasting.

Still, I feel and hear the strength and steadiness of public broadcasting’s values in so many of the most successful and beloved podcasts out there. Many existing shows are produced by public media veterans — storytellers and journalists who cut their teeth at stations or working independently for public radio shows. Producers who gained experience in newsrooms and on show teams and in communities of other radio professionals and mentors. Makers who found their way to radio because they believe fully in the Act, what it stands for and why it matters. There is a certain continuity between how I spent my formative radio years and where I find myself now, sailing through the podcasting waters.

But I’m also watching as stations and the larger public media systems grapple with how to tango with podcasting, how to embrace what podcasting brings to the table and how to encourage talent to grow, experiment and shine beyond the airwaves. And I wonder what will happen when the next generation of podcasters enters the arena, having skipped over the public media system completely. When podcast fans transition seamlessly (or try) into podcast producers. At this juncture the years of hard work of today’s podcasters — many of whom are driven by contributing to a public system that’s built to serve everyone — may be lost to the low technical barrier for entry and the culture’s voracious appetite for more content, always.

These factors, along with accessibility and creative freedom, are among podcasting’s greatest advantages, of course, and I sing their praises often. But what will be lost, alongside this meteoric shift away from the public broadcasting system, as podcasting rockets into the future? What will happen when investors and Hollywood and celebrities crowd out the smaller voices, the passion projects, the unbridled ambition to give voice to all the people, to tell the stories of our lives, our communities and our culture?

Recently I caught an early flight to a podcast festival from Boston’s Logan International Airport and by some small miracle of coincidence discovered a plaque near my gate honoring Guglielmo Marconi, “Inventor of Radio” and 1909 Nobel Prize recipient. The plaque was mounted to commemorate the centennial anniversary of Marconi’s historic wireless transatlantic transmissions and “the birth of wireless communications as a service benefiting humanity” (my italics). Such a lofty narrative, bestowed upon the humble radio, and one so very much in keeping with the main tenets of Public Broadcasting Act of 1967.

Will the core directives and aspirations of the Act remain intact as podcasting spreads deep into mainstream and commercial American culture? It’s not a question anyone can answer. Yet. But all of us cultivating the podcasting space can certainly do our part to keep them active and audible, for now.

Network decision-makers can (and should) uphold the quality and integrity that the Act stands for as they create new shows. Podcast execs can (and should) strive to bring on diverse talent from inside and beyond the already established arena. Stations can (and should) create and fully support opportunities for employees to explore podcasting before the best and brightest public radio talent leaves the system.

The future of podcasting looks bright and sounds great, to me. But it will look brighter, and sound even better, if we continue to honor and consciously work toward all that the Public Broadcasting Act stands for, especially the value it places on creative risk-taking in service of all of the people.

Julie Shapiro is EP of Radiotopia, a curated network of cutting-edge podcasts from PRX. Her public media career includes an 18-month stint as co-founder and EP of the Australian Broadcasting Corporation’s Creative Audio Unit, in addition to her 13 years as co-founder and artistic director of the Third Coast International Audio Festival. She also worked for with the Center for Documentary Studies at Duke University and has produced audio stories for the BBC World Service, BBC Radio 4 and the podcast 99% Invisible.