Public broadcasting will become more, not less, important to audiences over the next decade. Yet political support for public service broadcasting is weaker today than at any time in its history.

This growing mismatch between need and support is the central problem in current broadcasting policy.

We are living through an exhilarating and bloody revolution; our policymakers have their heads down trimming their fingernails.

British public broadcasting policy exemplifies the problem. For decades ministers and their advisers have developed policy in the belief that public service broadcasting (PSB) would become steadily less justified as technology and deregulation opened up the range of commercial content available to British audiences. If PSB had any continued relevance, it would be in market failure “gaps,” ensuring the continued provision of genres (e.g., arts and religious programs) that were not commercially viable but were deemed to be of continuing civic value.

This is an impoverished account of the role and value of PSB built on a false underlying assumption. Digital technology has certainly increased the range of content available to consumers, but it is also undermining the economics of many commercial content providers. No British newspaper has yet found a viable business model for a post-print world. And no digital news provider has yet demonstrated an ability to create a sustainable, profitable business from high-quality news. A handful of players will survive and thrive. But the range of high-quality sources of news available to British households is likely to narrow. News from PSBs will become more, not less, important.

British broadcasting policy has been largely blind to all of this. Indeed, commercial lobbying has led to an obsession with “market impact,” as if the only problem commercial players faced was the PSBs. This is manifestly not the case: The story of most newspapers in the U.S. is exactly the same as that of their British peers, despite the absence of the BBC.

Successive British governments have rightly focused on the need for a national strategy to build a world-class digital technology industry. There must be a national industrial strategy for TV production that is far less bashful about the central role which the PSBs can and should play.

Policymakers do hear these arguments, but they attach too little weight to them, compared to other considerations, and in particular to their outdated and misguided belief that a perfect digital marketplace will solve all the problems which public service broadcasting was invented to address.

Across the U.K., Europe and the U.S., the same story is playing out: fierce and significantly successful lobbying against the PSBs by struggling newspaper groups and other commercial interests; politicians who care more about their standing with key editors and proprietors than they do about national culture or the needs of the public; a slow but inexorable reduction of the PSBs’ room to maneuver, through budget cuts, regulatory limitation and ever more complex and onerous governance.

Fourteen years ago, I turned to a speech in Matthew Arnold’s Culture and Anarchy to try to capture the cultural ambition of public broadcasting at its best:

The great men of culture are those who have had a passion for diffusing, for making prevail, for carrying out from one end of society to the other, the best knowledge, the best ideas of their time; who have labored to divest knowledge of all that was harsh, uncouth, difficult, abstract, professional, exclusive; to humanize it, to make it efficient outside the clique of the cultivated and the learned, yet still remaining the best knowledge and thought of the time, and a true source, therefore of sweetness and light.

This passage — written many decades before the invention of broadcasting and mass media — faithfully sets out the political, cultural and social ideals of public broadcasting. 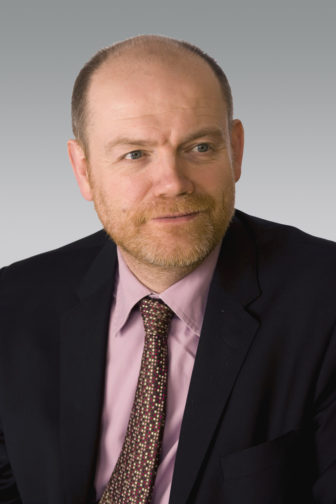 All is not lost. But broadcasting policy in Britain and across western countries is still significantly in the grip of the people whom Arnold called “the Philistines,” people for whom the public are consumers and customers first and citizens second, who regard culture as “elitist,” and the social and educational claims of public service broadcasting as so much special pleading.

We need to fight for public service media through patient, evidence-based arguments. We need a change in the wind. And such a change is not out of the question. The public love what public service broadcasters do, and the public is in a rebellious mood.

Woe betide the technocrat who puts market theory ahead of digital reality. Woe betide the politician who puts their relationship with the media magnate above their duty to the public. Sweetness and light may make better electoral sense than they know.

As CEO of the New York Times Company, Mark Thompson is responsible for leading the media company’s strategy, operations and business units. Prior to joining the Times, in November 2012, he served as director-general of the British Broadcasting Corporation and CEO of Britain’s Channel 4.

This essay is adapted from Thompson’s remarks during an exploratory meeting on the future of public media, convened in June by the American Academy of Arts and Sciences. Bill Baker, president emeritus of WNET in New York City and director of the Bernard L. Schwartz Center for Media, Public Policy and Education at Fordham University, organized the meeting. He is overseeing Fordham’s publication of a booklet of essays by meeting participants, which Current is republishing with permission.