Brian Mann’s critique of my New York Post op-ed correctly notes that journalists strive hard to understand the complexity of issues and, particularly at NPR, to look beyond the coasts for stories and perspectives. But there is a larger context that I am trying to highlight, which Mann and the media ignore at our collective peril.

Only about 35 percent of Americans trust the media, a number that is not very different than the trust numbers for President Trump, if you want an unflattering comparison. Some of that has to do with factors outside the media’s control — the decline in trust in institutions generally and the cumulative effect of daily attacks by those inside and outside the media — but some of it comes from the media’s defensiveness and an unwillingness to recognize what is obvious to everyone else. 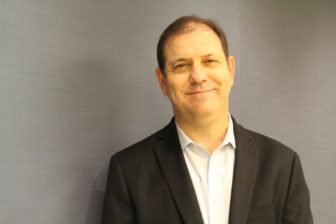 It is possible to hold two thoughts at the same time — that reporters and editors at places like NPR, the Washington Post, and the New York Times are talented, hard-working, dedicated to the craft of journalism and intellectually curious and subject to the impact of political homogeneity in the newsroom. The media generally, and NPR in particular, draw on a generally liberal pool of people for their newsroom talent, and the fact that some of that public radio talent lives in middle America does not obviate the fact that the public radio employee base tilts heavily to the left. To be fair, the data to support that is limited, and I could be proven wrong (and would be happy to say so if I were), but let’s get real: If there were such a census, I think we all know how it would turn out.

There are consequences to political homogeneity, some of which is no doubt ameliorated by the careful application of journalistic principles, but the subtle effect of groupthink and confirmation bias can have a substantial effect on coverage. I wrote about this last year for Vanity Fair with the focus on the Washington Post, and the dangers are higher now in the age of Trump, when it is likely that the vast majority of newsroom staff have at least a rooting interest in “the resistance.”

This is not to say that only the “liberal media” suffers from groupthink; the same can be said about the denizens of the right, and my new book is ultimately about the corrosive effect political balkanization has on all our abilities to engage well across party lines. It is understandable, god knows, that people object to President Trump, but it is discrediting to deny publicly what is obviously true about the media, and being angry about it doesn’t add to the credibility of the effort one bit.

Mann’s comments about the risk of cultural tourism did hit home with me. That risk comes with any book project like this, and I worried about that quite a bit in the early days of my research. But I ultimately felt comforted by the fact that everywhere I went — churches, diners, into people’s homes — people were eager to talk with me, often insistently. And that was because, everywhere I went, conservatives wanted to express how they feel locked out of the national conversation and how they feel patronized and vilified by the media and others. That is not about NPR in particular, which I have always to be found respectful to all, but everyone in media is tarred by that sense of anger and disillusionment.

Some have responded to my New York Post article by denying the existence of groupthink and confirmation bias. That’s wrong on the science, but it is also clear to me that people in media recognize the potential ill effect of the lack of diversity in most contexts: A qualified news organization would be foolish to cover race issues with only whites at the editorial table, and the same with gender issues and men. The same need for viewpoint diversity is true for politics as well. My New York Post article reflects the frustrations of many, many Americans. It is fine to ignore me but unwise, in my view, to ignore all of them.

Ken Stern is a former CEO of NPR and author of Republican Like Me: How I Left the Liberal Bubble and Learned to Love the Right.

8 thoughts on “Ken Stern: Don’t deny an obvious truth about the media”