John Witherspoon, a pioneer in early public broadcasting and the first director of television at CPB, died Wednesday at his home in Coronado, Calif. He was 88.

Witherspoon was the first general manager of KPBS in San Diego, which announced his death. “John was bigger than life for all of us that had the privilege to know him,” said Tom Karlo, GM of KPBS. 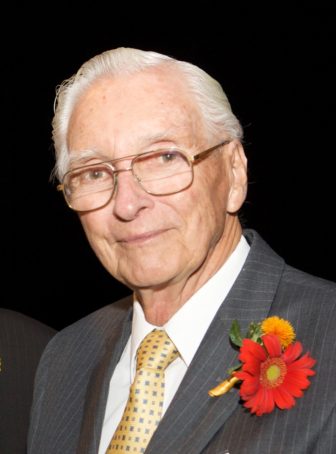 “John was one of the smoothest leaders in our industry,” said Bill Kling, president emeritus of American Public Media/Minnesota Public Radio. “Both at KPBS and at CPB he knew how to move an often fractionalized group of radio and television managers forward with almost a velvet-glove style.”

“Without John,” Kling noted, “many of the early turf debates would have left the industry in peril,” such as how to divide federal funding between TV and radio. “With his leadership and his ability to see all sides of disagreements, we were able to move ahead and capture the moment at critical times,” Kling said.

Witherspoon had been recruited in the 1960s by James Fellows, head of the National Association of Educational Broadcasters, to help envision a public broadcasting system. The NAEB was a forerunner and parent of PBS and NPR. That “intellectual collective,” as historian Robert K. Avery called it, also included Don Quayle, who went on to become NPR’s first president, and Hartford Gunn, the first president of PBS.

Also that year, Witherspoon assumed leadership of KEBS-FM, a student-run station on the campus of what was then San Diego State College. He soon added a television station, changed the call letters to KPBS and put professionals in charge of all broadcasts.

Witherspoon was a signatory to NPR’s articles of incorporation in 1970. He also was the founding president of the Public Service Satellite Consortium, which advocated for the shared use of satellites by public and private organizations to distribute social services for health and education.

He went on to co-author A History of Public Broadcasting, which Current serialized in its pages and published as a book in 1987. Witherspoon also was a professor emeritus of telecommunications and film at San Diego State University.

Witherspoon remained influential in public broadcasting throughout his long career. He considered the potential of communications technology in a 1999 white paper presented to the National Forum for Public Television Executives. In it, he recommended that stations “establish local service bureaus, contracting to support school districts with training for teachers, technical support, and help with preparation of locally produced Web pages, courseware, etc. The service bureau idea will also be welcome in some colleges and universities, where the technology services unit is increasingly hard-pressed to support the accelerating growth of technology-assisted education both on campus and at a distance.”

Watch a KPBS tribute to Witherspoon: