Fifty years after President Lyndon Johnson signed the Public Broadcasting Act into law, the American media landscape has transformed in ways that visionaries, pioneers and advocates for nationally funded “public telecommunications services” scarcely imagined. Yet their ideals for a system that takes “creative risks and that addresses the needs of unserved and underserved audiences” endure. In a special series reflecting on this milestone anniversary, essayists with insight into today’s public broadcasting system share ideas for carrying the legacy into the future.

Public support for public media has for over 50 years included reserved spectrum and other infrastructure, subsidies, preferential tax and copyright treatment, and beneficial government interventions to deal with distribution and content creation.

This evolution occurred over three distinct eras of public media. Now we may be entering the fourth. The challenge for legacy institutions and new entrants — today, as in the past — is to respond to broader concerns and ambitions in the public sphere that reflect new expectations for public media.

The first public media era was the Great Society period, lasting from the enactment of the Public Broadcasting Act of 1967 through the deregulation of the late 1980s. This media environment was one of content scarcity and attention abundance. In terms of electronic media, a given community had only three national broadcast networks and a handful of local radio stations. If a program was offered, audiences would come to it.

The original argument for public media was a response to market failure, or what former FCC Chair Newton Minow called the “vast wasteland” of television. The market would not supply various genres of programming (e.g., children, arts) to underserved audiences.

During this period, the question was not, “Should we have public broadcasting?” but rather “How should we fund and structure it?” The larger media environment was highly regulated. The Fairness Doctrine, for example, ensured that there was no partisan talk radio. Public broadcasting, through CPB funding, was exhorted to adhere to objectivity and was judged by this standard. The “public” media charge during this period was to provide a national programming service with universal reach.

The second era was the Neoliberal Heyday. From the late 1980s through the late ’00s, existential questions arose about the continued need for public broadcasting. These emerged partly from skepticism about media regulation. The Fairness Doctrine fell. Media became more ideologically fractured. Public broadcasting’s aspirations toward neutrality seemed both unattainable and, arguably, undesirable.

Another cause of the resistance to a continuing role for public broadcasting was the changing media landscape. Cable and satellite television took off, followed by the internet. Where PBS national programming had once represented one-fourth of television content, it was now one of many streams. This created the “long tail” media environment in which there are large audiences for a few products, then myriad small audiences for any manner of niche content.

Some argued that there was no longer market failure in a long-tail media environment. Content abundance had replaced scarcity. Attention scarcity had replaced abundance. In the 1990s the question was, “Who needed PBS when there was Discovery and Bravo?” Then, in the ’00s, YouTube and Netflix.

Public broadcasting responded to these questions by seeking larger audiences.

There is an inherent tension between supplying service that commercial media finds unprofitable and proving to Congress and other stakeholders that you are popular. During this period critics worried that public television and radio had failed to serve or reflect diverse audiences in its pursuit of donor dollars and uncontroversial programming. There was too much focus on British imports and white, middle-aged and affluent audiences.

The third era was the period of Recession and Recovery. President Barack Obama in his 2008 campaign supported a “Public Media 2.0.” This was a promise to, in Obama’s words, “encourage the creation of … the Sesame Street of the digital age [and to] support the transition of existing public broadcasting entities and help renew their founding vision in the digital world.”

The economic devastation of 2008 brought on a decline in both the quality of journalism and the resources allotted to newsgathering. News businesses cut their staffs by a third, and the job losses sharply reduced coverage of local news. Several reports singled out public media as an important part of the solution to growing concerns about public information deficits even in a seeming glut of information. This media crisis presented opportunities to refashion the structure and mission of public media.

Public media entities responded in incremental ways but did not fully take advantage of the moment. CPB introduced the “Three Ds” as its objectives for the public media system: Dialogue, Digital, Diversity. This and other initiatives spurred more investment in local content and innovation around engagement, collaboration and experimentation.

The future of public media will depend on whether its stakeholders can respond to this moment of anger and distrust in established institutions and build a more inclusive network of public media entities.

There were two significant missed opportunities for fundamental change. One was the 2010 FCC broadband plan and associated recovery fund investments in broadband infrastructure. Public media had an opening to define its “public” value as an “anchor institution” that provided digital connectivity through its broadcast facilities and other community connections. Although this concept appeared in new initiatives, it never really percolated into the general perception of what public media is.

The second opportunity was the $20 billion broadcast spectrum auction, which commenced in March 2016 and concluded this year. Noncommercial public television stations took in almost $2 billion for the sale of spectrum licensed to 34 stations. Most of these public broadcasters will stay on the air by sharing channels or moving to new frequencies.

In the years leading up to the auction, there were opportunities for public media leadership to use the moment to restructure the system in ways that made it more efficient and effective. That did not happen.

We are now entering a fourth era that we might call Populism. Americans’ faith in institutions, including media institutions, is at a low point. Public broadcasting has fared better than most and continually scores in surveys as the most trusted American institution. This is perhaps the greatest asset that legacy public media has.

At the same time, most legacy public media institutions — namely the radio and television broadcast stations — have struggled to adapt to new digital realities. The challenge for this period is fusing the strengths and public support of traditional public media with the energy and competencies of new entrants and civic institutions outside of media. 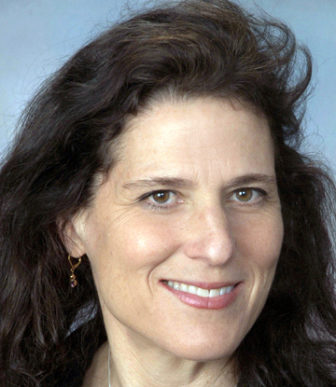 The future of public media will depend on whether its stakeholders can respond to this moment of anger and distrust in established institutions and build a more inclusive network of public media entities. This will in turn depend on definitions of the public service mission of public media that recognize the range of 21st-century information needs.

The periodic eruptions on Capitol Hill about “zeroing out” support for public media are, in a sense, a sideshow. The future of public media is more centrally the business of public media institutions themselves as they articulate their vision and execute collaborations.

Ellen Goodman is a professor of law at Rutgers Law School, where she co-directs the Institute for Information Policy & Law and the News Law Project, which researches legal challenges facing digital journalists. She served in the Obama administration as a distinguished visiting scholar at the FCC and has been a visiting scholar at the London School of Economics and the University of Pennsylvania.

This essay is adapted from Goodman’s remarks during an exploratory meeting on the future of public media, convened in June by the American Academy of Arts and Sciences. Bill Baker, president emeritus of WNET in New York City and director of the Bernard L. Schwartz Center for Media, Public Policy and Education at Fordham University, organized the meeting. He is overseeing Fordham’s publication of a booklet of essays by meeting participants, which Current is republishing with permission.