So you’ve arrived at public broadcasting recently and are gobsmacked by the acronym-rich environment and confusing interlocking organizations. That is a feature, not a bug. It results from design choices written into the Public Broadcasting Act of 1967 in response to political pressure to weaken public broadcasting’s independence — from either Congress or the marketplace.

A network-like, financially independent and stable system dedicated to creating resources for public knowledge and action was imagined by the Carnegie Commission on Educational Television in its report. Commissioners imagined this independent and stable service as a virtual public space for controversy, dialogue and experiment. As their proposal moved through the political process, public broadcasting was reshaped into a service whose noncommercial programming was controlled at the local level, and one limited by the challenges of raising funds. This decentralization is what makes coordination, planning and change so difficult.

The story is well told in public broadcasting histories such as Ralph Engelman’s Public Radio and Television in America and Michael McCauley’s NPR: The Trials and Triumphs of Public Radio. It is remembered with sorrow and anger in memoirs by public broadcasting leaders such as Bill Baker and Jim Day. Its consequences have been analyzed by advocates, scholars and public broadcasters alike, including William Hoynes, Robert McChesney and Willard (“Wick”) Rowland.

The changes were driven by various stakeholders’ concerns to curb the editorial independence that a national, financially independent media service would have. Conservative legislators were particularly concerned that the vision for public television had been supported by the Ford Foundation, to many the exemplar of liberal “Eastern Establishment” thinking. Here’s a smidge from the dissenting comments of a group of them, included in the Act’s legislative language:

It will be the highbrow answer to mundane commercialism. … It will be a force for social good (as Mr. [Fred] Friendly and his fellow enthusiasts see the social good). It will bite at the broad problems of national policy and make timid men (such as Presidents, Governors and legislators) cringe. It could, and in the opinion of some witnesses, should and will crusade. We know that we are not alone in feeling some misgivings about creating a mechanism for the kind of broadcasting which might result from ambitions such as these.

Ironically, Fred Friendly, who had been Edward R. Murrow’s producer and president of CBS News before joining the Ford Foundation, had the gravest doubts about government-funded programming for anything that even smelled like public affairs, although he was a great supporter of the broader vision for public broadcasting.

The Carnegie Commission, as well as others involved in public broadcasting’s creation, had envisioned a system funded through an endowment financed by taxes on television sets. It was to have an apolitical board of directors and serve as a national source and resource, with creatively diverse and opinion-rich programming, and possibly even free interconnection through what was then “the phone company.”

The Commission, carefully orchestrated by Lyndon Johnson’s White House, designed its report to be more politically palatable than the Ford Foundation’s earlier support for a more liberal service. But its vision was full of political obstacles. The legislation, which whizzed through the legislative process in 10 months, made it much easier for doubters to get on board.

First, the funding: Instead of consistent and insulated federal funding, the legislation mandated a service that Congress would fund through routine budget appropriations, putting it under perpetual political scrutiny. It was also only to be partially funded — and originally in very small part — by federal taxpayers, ensuring that the nonprofit public broadcasting entities would have to find matching funds in the marketplace. In his memoir The Vanishing Vision, KQED founder Jim Day agreed with others who had been involved with the Act from the beginning: The Vietnam War made it too hard for President Johnson to insist on another tax, and Congress resisted the idea of a dedicated tax that would put public broadcasting out of its control. And, of course, those looking out for commercial television’s interests hated the idea of a TV tax.

And the governance: Among the proposals struck down for the Corporation for Public Television — later renamed Corporation for Public Broadcasting — was a board made up of six presidential appointees who in turn appointed six additional members. It was changed to 15 presidential appointees, up to eight from the president’s party, and all confirmed by the Senate — ensuring that it would be a political board divided on party lines.

The national resource: Ultimately, the Act prohibited CPB from getting involved with real interconnection — that is, providing a network-like schedule. It was to use half its money to pass through funds to stations (via Community Service Grants), a proportion that grew dramatically over time. That requirement left CPB in a poor position to play any leadership role. Ever more congressional restrictions weakened CPB’s ability to use its own discretion in allocating CSGs. PBS, founded as a cooperative of local stations that pooled money for national programming, was a market-based response. Its programming had to garner lowest-common-denominator support from all those local stations.

The creatively diverse programming: The Carnegie Commission had imagined a service that would be “a platform for the unheard,” a “forum for debate and controversy” and “the clearest expression of American diversity.” But the bill as passed included a clause that mandated programming designed “with strict adherence to objectivity and balance in all programs or series of programs of a controversial nature.” There is plenty of ambiguity to be exploited in that phrase, and the ambiguity has provided a lever for political mischief and a potential chilling effect on diverse perspectives. 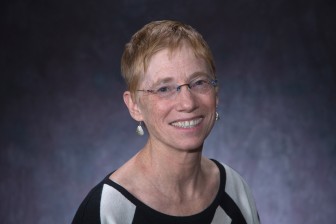 Perhaps the most surprising change from design to execution — from today’s perspective — was the inclusion of radio. The bill had been conceived and developed as the Public Television Act. Television was the shiny new media object of the time. A small group of radio lobbyists with excellent Hill connections jimmied open the bill’s language to get a place, and some funding, for radio. But the day before the Act’s launch, a journalist contact alerted National Educational Radio’s Jerrold Sandler that television forces had managed to remove it. They went back to work at the White House and got hundreds of references to radio reinstated overnight. And it was pre-digital, so they actually had to cut up hard copy and tape it back together — hundreds of times.

So if you’re sometimes frustrated with the endless interorganizational meetings, the balkanized approach to big issues, the prime-time lineup or one of the many other wrinkles in a public broadcasting day, just be amazed that anything gets done and that somehow, every day, public broadcasting makes a difference in the lives of many millions of people.

Patricia Aufderheide is a professor at the American University School of Communications and a senior research fellow at the school’s Center for Media & Social Impact. She is also a board member of the Independent Television Service.