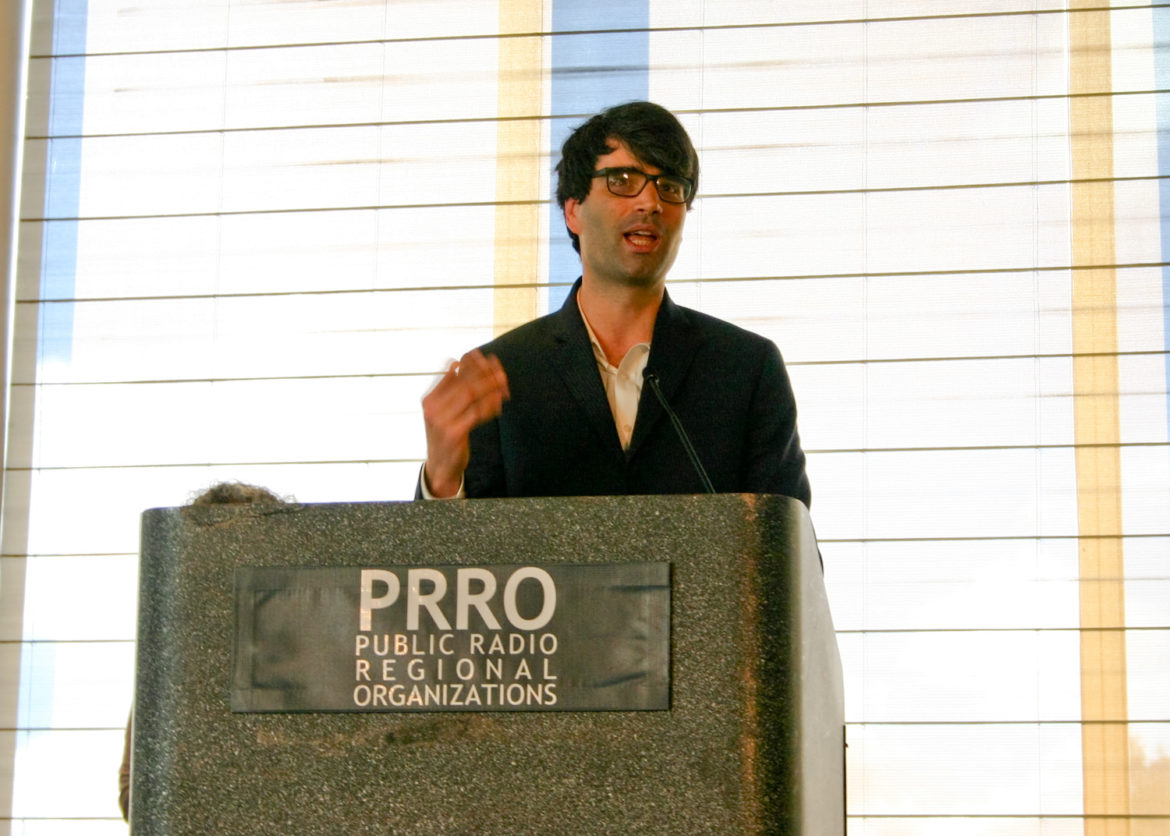 Local That Works is a collaboration between Current and the Public Media Futures Forums to identify public media stations that have developed innovative and replicable content, engagement and revenue strategies. Attendees at the Public Radio Super-Regional Conference heard about the projects by Siouxland and three other finalists during a session Tuesday and voted on their favorite. Finalists were chosen from 113 entries.

Siouxland’s winning project, “Ode: Stories Without Borders,” featured contributions from immigrants to Sioux City. “In a less cynical and more compelling way than crying ‘Fake news,’ this project can snuff out false narratives by putting true narratives, narratives of people who live with us, squarely in the light,” Munger said Tuesday during his presentation.

An audience heard “contemporary, living stories of immigration to our community,” Munger said. “… They got to know that these supposed outsiders are here not only processing their food but curing their diseases and teaching them their own language.”

The episode was part of a series of bimonthly live storytelling events that regularly sell out. The station also shares the stories on air and online.

Voters at the conference said they chose Siouxland Public Media because the station told stories of many different communities and “stepped way outside their comfort zone.”

The other finalists were Vermont PBS, Radio Milwaukee and WUOL in Louisville, Ky.

Clarification: Siouxland Public Media’s winning project,“Ode: Stories Without Borders,” was one installment in the station’s ongoing storytelling initiative. The bimonthly events aren’t focused exclusively on immigration but feature stories on a specific theme.