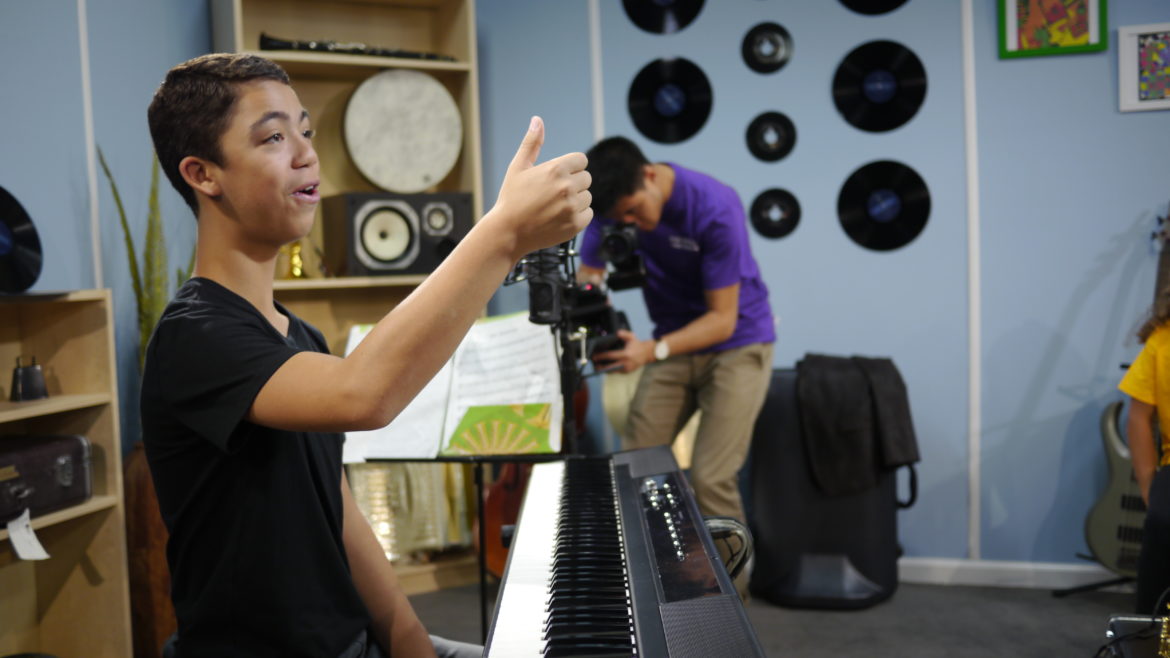 Ethan Bortnick on the set of "Ethan's Music Room."

A lot is changing in Ethan Bortnick’s life, but his devotion to public TV has held fast.

Now 16, the musician and pianist is aging beyond his “child prodigy” status. Viewers of his latest pledge special for PBS, this summer’s Generations of Music, saw an increasingly mature performer at the keys.

Since his first special nine years ago, Bortnick has been channeling his form of family-friendly entertainment to benefit public TV. He’s a fan of the system, and the feeling is mutual.

“Public media is very important to me,” Bortnick said. “I grew up on PBS, like probably everyone else did, but also because there is nothing like public media in the world right now. You don’t get the kinds of programs they do anywhere else.”

Bortnick first performed for an audience at the age of 5. A spectator recorded him at a mall in his hometown of Hollywood, Fla., in 2006 and shared the video online. That brought a call from the producers of the Tonight Show, and at 6, Bortnick made his debut performance on national television.

The Tonight Show appearance led to more national coverage, including appearances on Nickelodeon and the Disney Channel. After connecting with producer Danny O’Donovan, who has a track record with successful pledge performers, Bortnick released his first special and began a pledge drive tour in 2010. Ethan Bortnick and His Musical Time Machine showcased Bortnick playing music from a variety of time periods. Two subsequent specials were distributed by the National Educational Telecommunications Association. 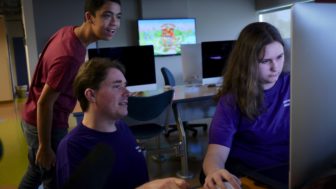 His latest show, Generations of Music, aired on 221 stations during August pledge. Distributed by PBS, it features a range of pop music and original songs, along with performances by musical guests including Peter Yarrow of Peter, Paul and Mary.

Bortnick is following up on the show’s pledge-drive debut with a station tour of more than 50 dates over the next six months.

At WLJT in Martin, Tenn., Bortnick’s performance specials brought in 13 percent of the station’s new members in 2016, according to Mandy Hinson, manager of individual giving. “Everybody loves Ethan,” she said. At a recent station event, “… he won over the crowd with his outgoing personality, humbleness and sheer talent.”

Before his performance at WJLT, Bortnick performed for a choir of 160 kids from Union City, Tenn. “He talked to them and answered all their questions, and it was so inspiring and fun and loving,” said Hinson. “I loved watching him interact with these kids and giving them an opportunity they wouldn’t have had otherwise.”

In his music, Bortnick draws influences from across genres. He shares a music director with one of his idols, Billy Joel. As he’s advanced in his career, his specials have focused more on his own songwriting and composition.

“… [M]y music is a little bit more expressive because I have learned so much [about myself] in the past four years,” he said. “And of course, my voice has changed as well. … [T]here is a message in every song.”

One of Bortnick’s most-viewed YouTube videos, “Anything Is Possible,” channels his hope for the recovery of his brother, who had come down with a serious illness.

When he is not performing or writing music, Bortnick focuses on charity efforts and educational outreach for young children, particularly those lacking access to arts programs.

In partnership with Connecticut Public Broadcasting, Bortnick brings music education to children through digital projects, such as a video game that teaches the basics of music and one-minute TV interstitials of Ethan’s Music Room, which focuses on musical topics such as rhythm and melody.

“Especially now, it is essential that we keep this wholesome entertainment going,” said Bortnick.

Correction: A previous version of this article gave the incorrect title for Ethan Bortnick’s previous pledge special. It was titled “Power of Music,” not “Celebration of America.” The article also mentioned an incorrect number of stations that carried the show.