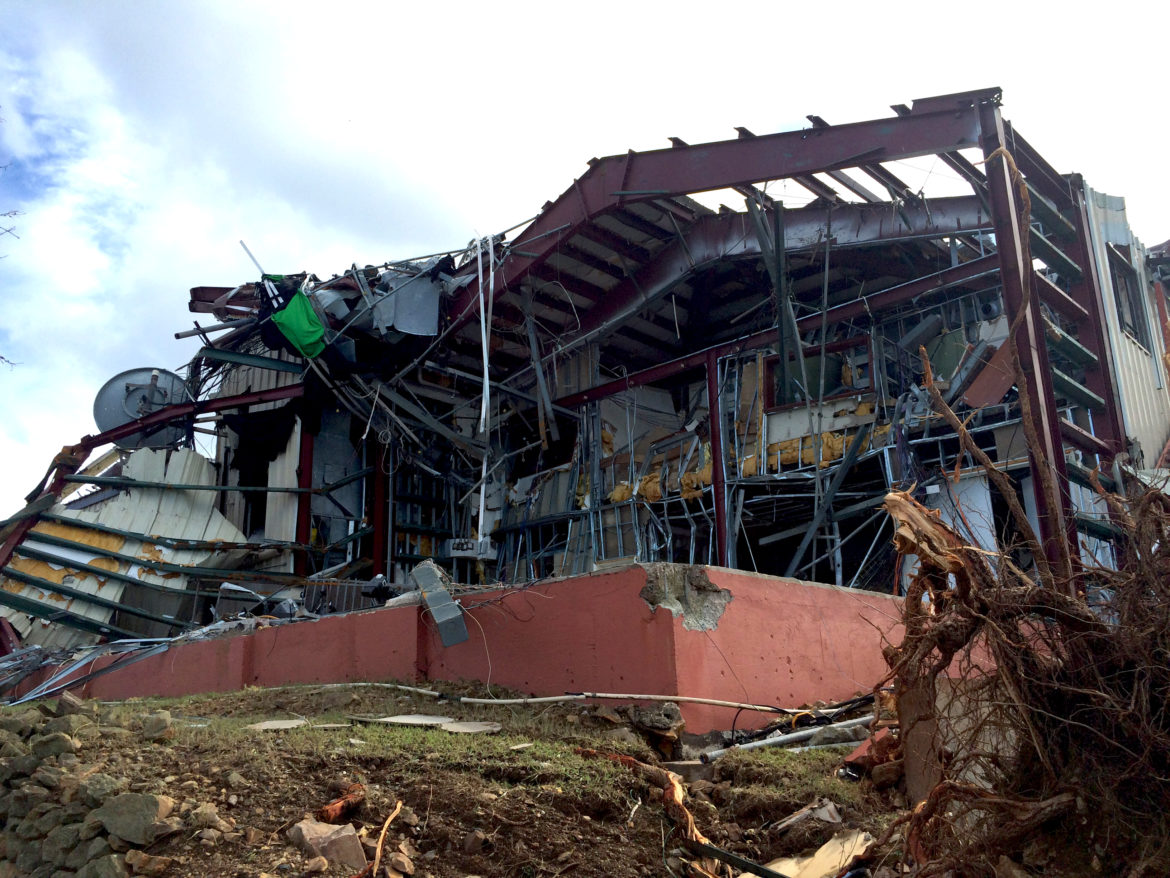 Hurricane Irma did extensive damage to WTJX in the U.S. Virgin Islands, which got $30,000 from CPB for repairs.

Ten public broadcasters hit by Hurricane Irma have received emergency grants from CPB in a second round of assistance.

At WDNA, the generator control panel “got fried” when back-up power kicked on and off as electrical power flickered, said GM Maggie Pelleyá. “Water came in through the ceiling in our equipment/air conditioning room, but fortunately not in the studios.”

WDNA was off the air from last Saturday through Wednesday.

CPB’s grant will go toward replacing the generator control panel and paying for diesel fuel and roof repairs, Pelleyá said. She added that many of the WDNA staff are still without power in their homes as of Friday afternoon.

Engineers at WLRN are still assessing damage, according to GM John Labonia. At the height of the storm last weekend, the TV station was off air about 12 hours due to loss of air conditioning in the master control room, he said. Radio was down for about three hours after loss of fiber connection to the transmitter.

“Our radio station WKWM-FM in Marathon/Key West is still off the air,” Labonia said. “Since access to the Keys is still prohibited, we do not know the extent of damage to the transmission equipment.”

Another $60,000 in grants went to Florida dual licensees WGCU in Fort Myers, WJCT in Jacksonville and WUFT in Gainesville.

“Public media stations demonstrated their vital role keeping their communities informed as our country faced back-to-back hurricanes of epic proportions,” said Pat Harrison, CPB president, in an announcement Friday. “CPB is making these emergency grants to support stations’ immediate needs and is making a long-term commitment to their ability to serve their communities throughout the recovery.”

CPB reported that several public media stations teamed up with first responders to assist citizens during the two disasters. The Florida Public Radio Emergency Network offered a free mobile app with geotargeted information, Georgia Public Broadcasting served as a backup facility for The Weather Channel, and Houston Public Media provided studio space for a local CBS affiliate that was flooded.

Editor’s note: This post was updated with information from the two Miami stations.