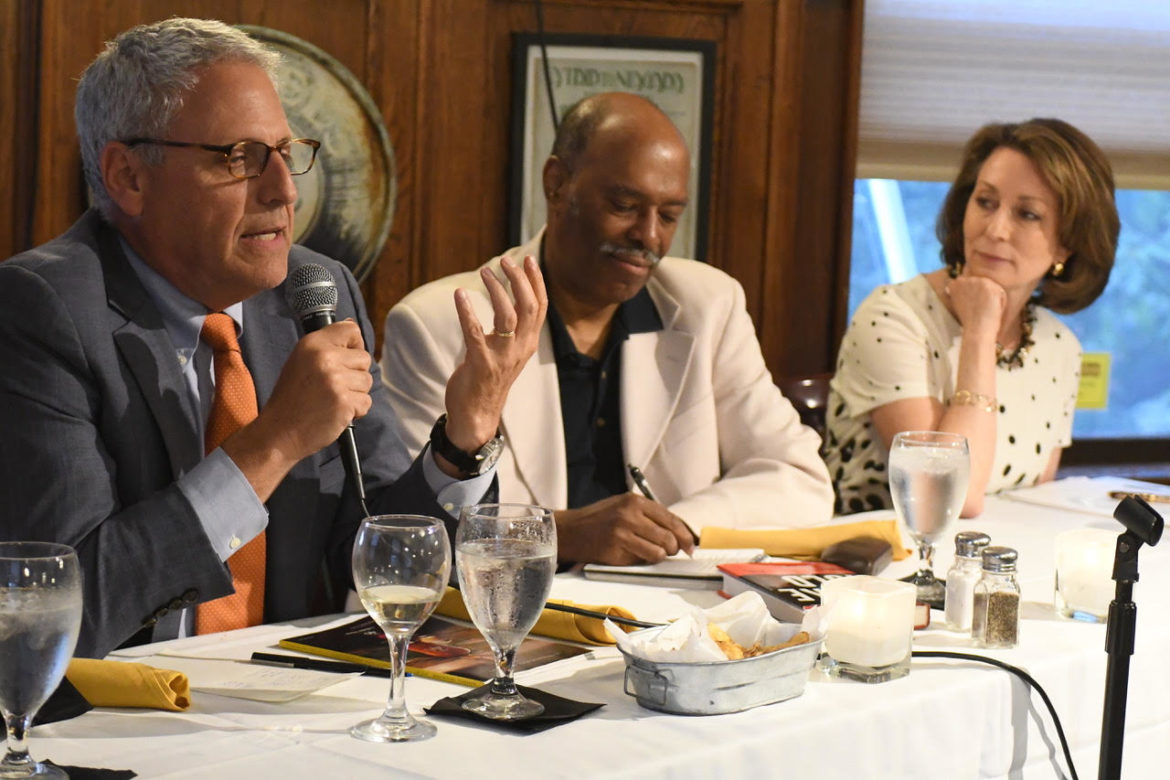 WASHINGTON — National Geographic’s president told a gathering of journalists Tuesday that the organization is expanding the pool of people eligible for its grants and launching new funds to encourage more racial and ethnic diversity in its grantmaking.

Gary Knell noted the lack of diversity in race and experience among National Geographic’s grantees, who receive up to $50,000 to support research, education and journalism projects. The organization is in the early stages of addressing the problem, Knell said, by creating more grants to increase representation of minorities in environmental and science journalism and partnering with colleges and middle schools to boost geographic competency.

Knell discussed National Geographic’s plans with about two dozen attendees of the Journal-isms Roundtable, a monthly dinner for journalists.

“I would say bluntly that National Geographic’s diversity in terms of its reach has under-represented African-Americans and Latinos, and part of that was the under-representation mirrored in the environmental movement,” Knell said.

Knell added that after giving a series of lectures at Hampton University, a historically black college in Hampton, Virginia, he could tell he wasn’t reaching the audience until he started talking about Flint, Mich., as a geography lesson.

“Everybody’s light went off,” Knell said. “I think part of it is trying to translate the issues that we care about like water and air into areas that really affect and impact people of color in certain parts of our country.”

Knell served as president and CEO of NPR for 21 months before leaving to become president of National Geographic, which he described as more in his “wheelhouse” of education, television and global content and distribution. Before joining NPR, Knell was CEO of Sesame Workshop, which he expanded on a global scale.

The Society is expanding the pool of people who can receive grants beyond scientists and explorers to include photographers, teachers, technologists, geographers and environmental and science journalists who are focused on wildlife, the changing planet, and human and physical geography.

Asia is also a priority. National Geographic is establishing a fund for air and water research in Beijing and Seoul, South Korea, to recruit Chinese and Korean scholars, Knell said. It’s also convening groups of experts around the world and opening offices in London, Hong Kong and Mexico City while trying to expand its reach in the U.S.

Representatives from the organization are also meeting with the chancellor of Washington, D.C.’s schools next week to discuss plans for using its content to boost geographic competency among 1,000 students in four middle schools. National Geographic aims to replicate the program throughout the country over the next decade.

“This is a total work in progress, and we’re not where we need to be,” Knell said.