Marketplace Morning Report from BBC World Service launches Sept. 5 and will originate live from London with the BBC’s Anu Anand, a veteran journalist, as host. 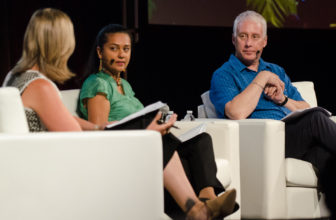 Marketplace Tech will continue to air, but Molly Wood, co-host of the podcast Make Me Smart and senior tech correspondent, will take over as host. Wood announced her new role at the conference. APM will announce more details about the future of that show soon, a spokesperson said.

Deborah Clark, senior VP and general manager of Marketplace, said in a press release that the new morning program from the BBC World Service aims to provide U.S. listeners with “a fresh global perspective to start their day.”

“We see this collaboration as an important element in realizing our goal to increase the economic intelligence of all Americans by applying global context and tying it together for U.S. audiences,” she added.

One thought on “Marketplace and BBC partner on new morning broadcast”