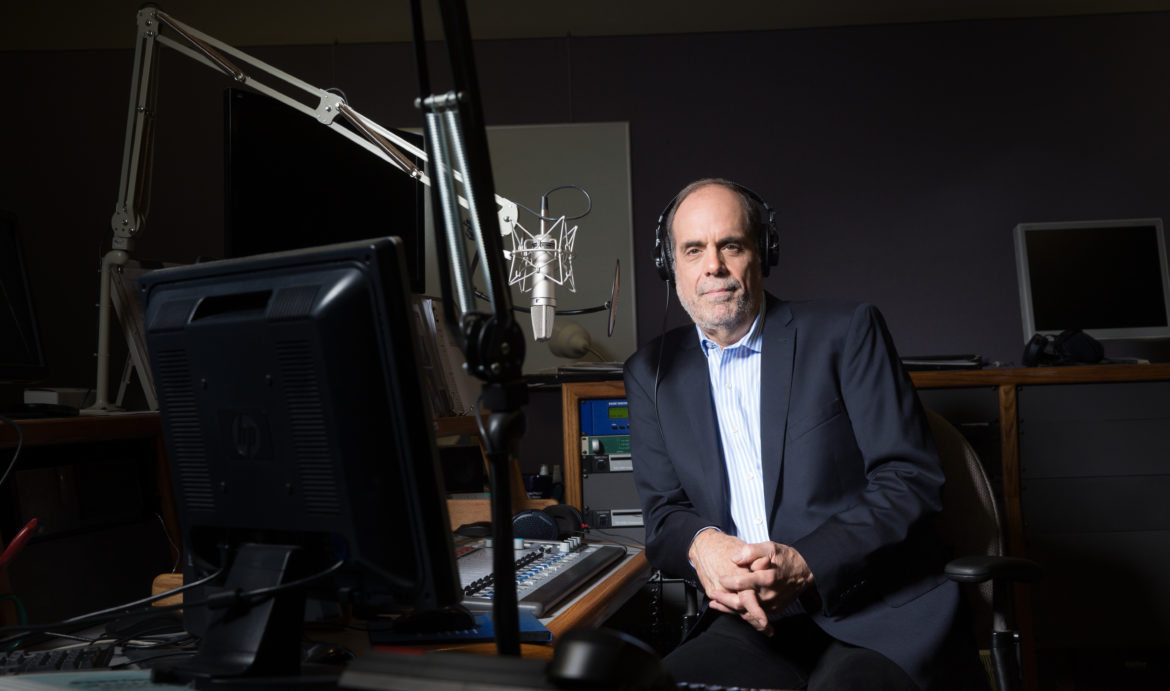 This transcript of an interview has been lightly edited for clarity.

My journey is pretty straightforward. I love talking with people about politics. My goal is: Can I help them understand often complex ideas in political conversation about issues, about policies? Can I translate political issues in a way that they make sense?

Over the years that I worked in commercial TV, the windows for telling those stories became smaller and smaller. When I started, I could often have as much as three minutes to tell a story. And that gave me an opportunity to come up with, say, five important points to make about a given issue or political campaign, what was happening that day, or whatever.

We can cover the nuances that were lacking when I was a local political reporter on a TV newscast.

But that window in commercial TV news keeps shrinking and shrinking. So three minutes became two minutes. By the time I realized I didn’t really want to be in local TV news anymore, stories were a minute and 30. You cannot help people understand politics and all the nuances in a minute and 30. So I finally decided that it was time to leave.

And the other thing that was happening — my decision to leave came during the impeachment of President Clinton. Because the extraordinary partisanship just grew. I no longer felt that process or policy mattered. It was all about partisanship. I didn’t leave for a couple more years. I took time to figure out what to do next. But the combination of having less and less time to tell a story and realizing that there was no longer a way in which you could bring people together to agree on a set of facts really made me think that it was time to get out of local news.

I went off and spent 10 years in the nonprofit sector. … But when I was finally asked if I wanted to get back into broadcasting, to come here to Georgia Public Broadcasting by Teya Ryan, our CEO, I jumped at the chance. Here’s why: I am now in this enviable position where I get three hours a week on our statewide radio network to talk about the political issues of the day with smart insiders. We can cover the nuances that were lacking when I was a local political reporter on a TV newscast. We can give people an opportunity to explore the partisan divide and give the various sides a chance to have their voices heard. But do it in that public radio way of having smart conversation, not confrontation.

When we have a guest on Political Rewind who becomes confrontational, or who starts in the most partisan way attacking the other side, our Twitter feed lights up with listeners saying, “This isn’t why we listen to your show. We don’t want this kind of argumentative program. We want to hear you explain the issues.” That’s really exciting.