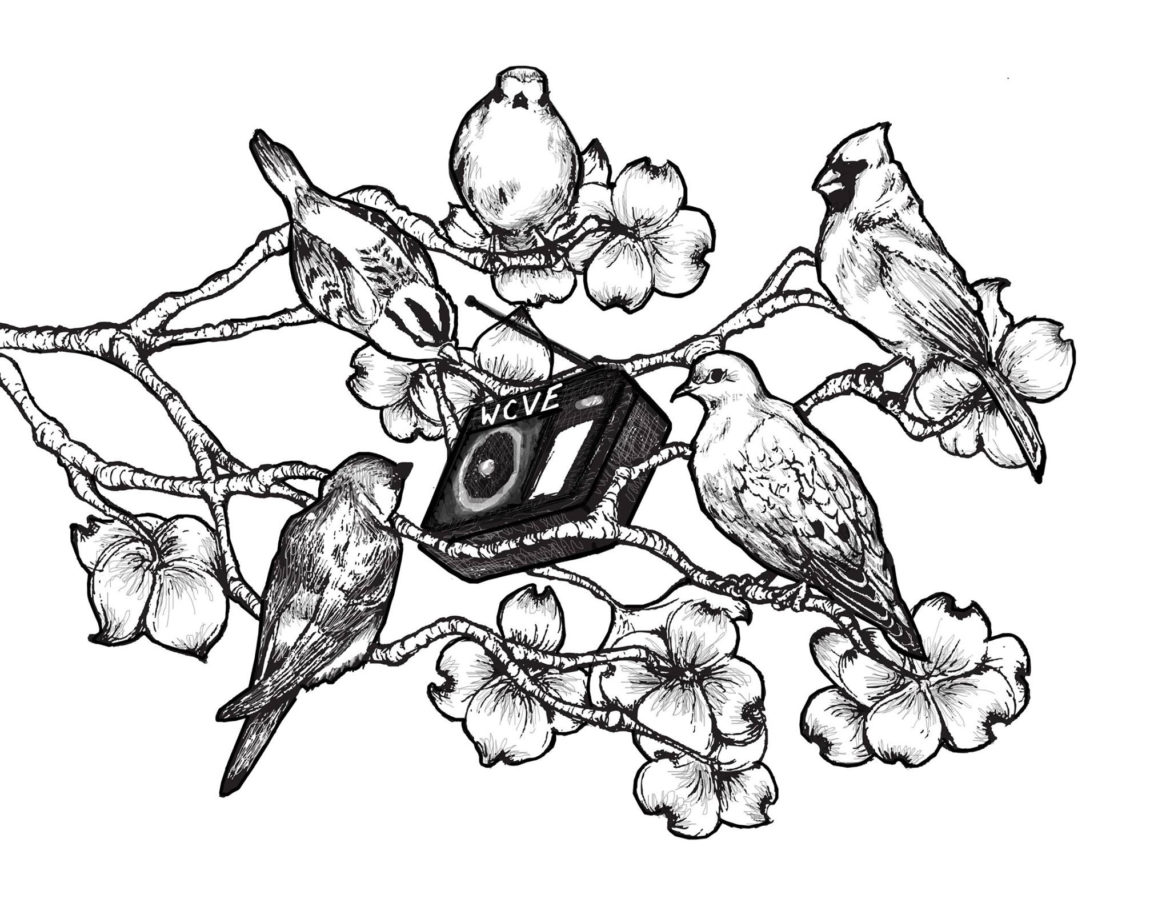 That simple sketch has grown into a five-week online feature this summer, “Illustrating WCVE,” highlighting a variety of images paying tribute to the Richmond, Va., joint licensee. 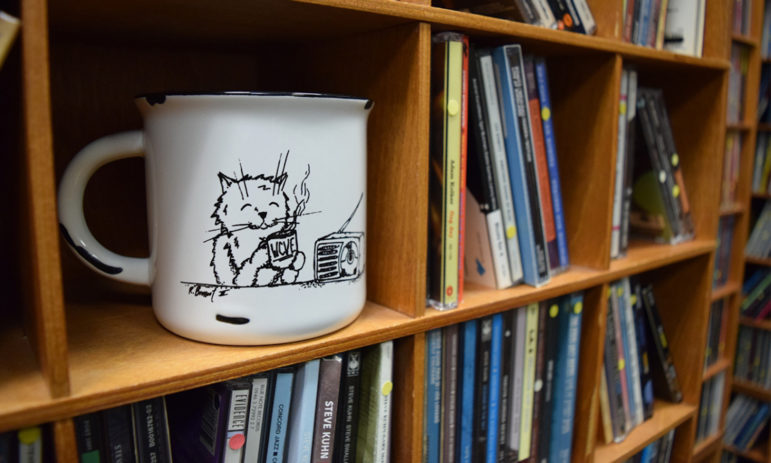 The mug that started it all, from a sketch by artist Robert Brossart.

It’s a great way to amplify the artists’ voices, said Louise Ricks, digital support assistant, who previously worked at a local art gallery. “It’s an outlet for them to show what they love on public media and to be seen by a new audience,” she said.

The project is also part of a larger ongoing goal, “to build a sense of community,” said Gabrielle Jones, digital marketing manager. “We’re a community licensee, and sometimes that concept is hard for the audience to wrap its head around. What that means is, we are always looking for ways to partner with the community.” 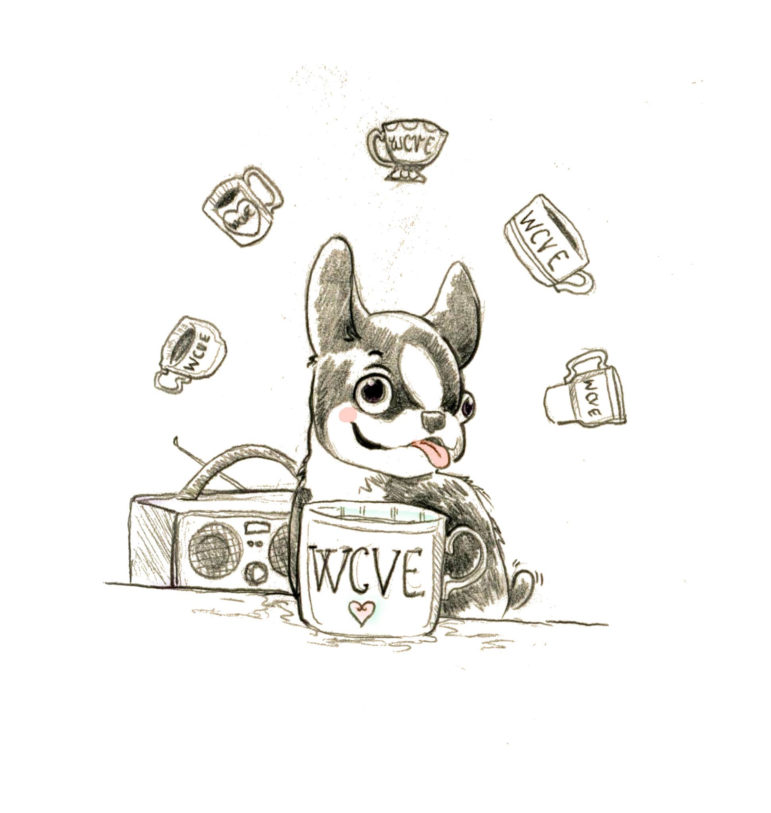 In April, artist Robert Brossart wandered into the Alchemy Coffee Lab in Richmond. He had just moved to town. WCVE reps were at the coffee house for the station’s “Mug Stop” tour, a radio pledge outreach project that unites fans and radio hosts over coffee.

Brossart had been a public radio member in Louisville, Ky., so he signed on as a member of WCVE that day as well. He also sketched his spiky-furred character Hugo, happily sipping java and listening to 88.9 WCVE.

Angela Massino, social media manager, spied the drawing — and a pledge mug was born. Hugo became the mascot of the spring pledge drive.

Local children’s book illustrator Christiana Woodard saw the Hugo sketch on Instagram and felt inspired to create and share her own WCVE fan art. “I’m able to represent how WCVE has changed my life and my family’s lives for the better,” Woodard said on the project’s web page. 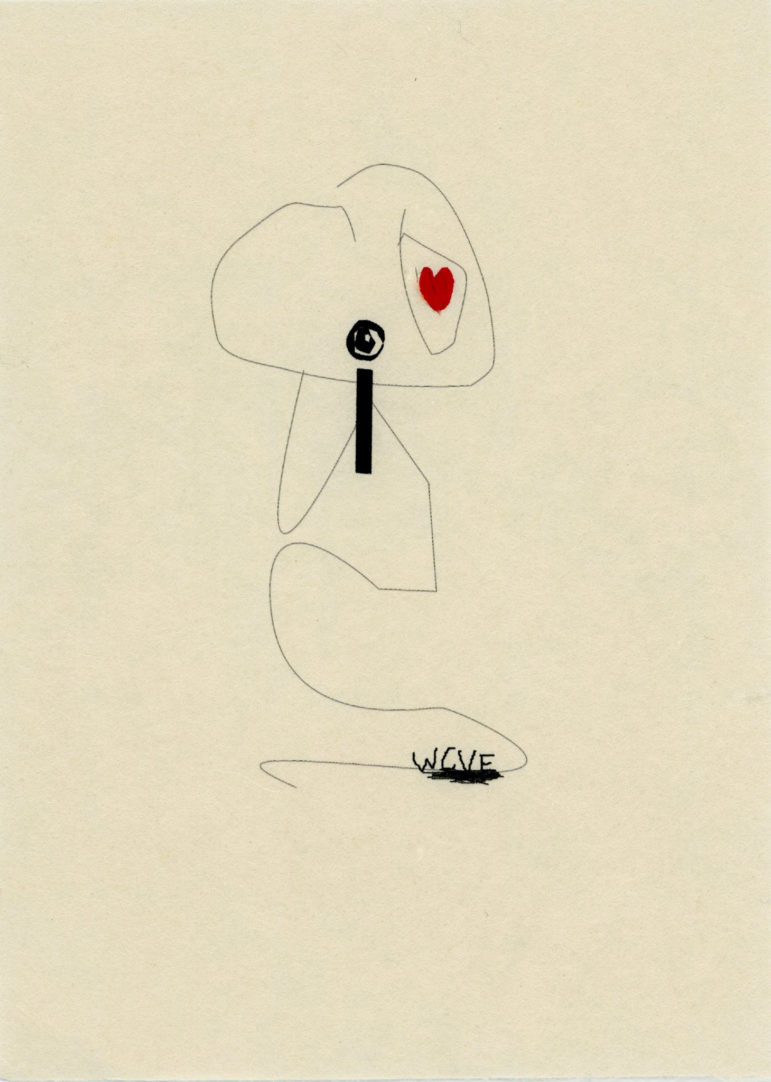 “It just picked up steam from there, as other artists saw the work,” Ricks said.

So far 10 artists’ works will roll out on social media over five weeks, featured mainly on Instagram and Facebook. Styles range from a bold cartoon to a simple abstract drawing.

There’s a good chance the images will make it onto other mediums as well. “We are looking into it for the future,” Jones said. “We got a lot of feedback from the community that they would love to see our inaugural local artist’s mug design on bags, T-shirts and other types of awesome public radio swag.” The station is “excitedly working to make that a reality,” she said.

WCVE’s growing relationship with artists presents other possibilities as well, showcasing their work on TV and radio and at events. That could also spark sponsorship opportunities, Jones noted.

“We see this as an opportunity to deepen our partnership with the community, highlight part of the great local arts scene we’re fortunate to have in Richmond and give exposure to some great local artists,” Jones added.