WGBH has expanded the responsibilities of COO Ben Godley, appointing him to the new position of president of WGBH Business Services.

Initiatives under his purview include the Contributor Development Partnership, which uses data research to establish best practices in fundraising; Public Media Management, the cloud-based content management service with partner Sony; and the National Center for Accessible Media and Media Access Group, providing specialized audience services such as closed captioning.

“By elevating this portfolio of vital enterprises under Ben’s vision and leadership,” President Jon Abbott said in a statement, “we are furthering WGBH’s ability to lead, to innovate, and to serve our mission, expanding the reach and impact of our award-winning work.”

During his nine years at the Boston station, Godley has led business strategy, financial and operational management, and helped guide expansions of the local newsroom and broadcast services. He continues in his post as COO.

In annual elections, member stations of the National Educational Telecommunications Association chose Tom Rieland, GM at WOSU in Columbus, Ohio, as board chair. 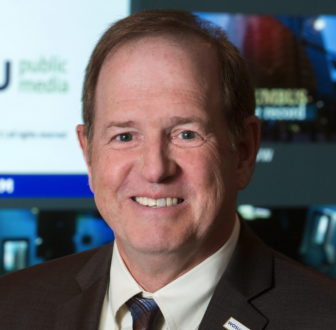 Glen Cerny, director of broadcasting at KRWG-TV and KRWG-FM in Las Cruces, N.M., returns as treasurer.

All positions are effective July 1.

NETA is a professional association of 94 public broadcasters representing 97 public TV licensees in 43 states, the Virgin Islands and the District of Columbia. It’s based in Columbia, S.C.

Pallavi Gogoi joins NPR as chief business editor July 10. Gogoi is currently a senior editor at CNN, overseeing the business news, markets and economy reporting team. Earlier in her career she covered national business for The Associated Press and reported on banking at USA Today. Gogoi will be based at NPR’s New York bureau.

Kinsey Wilson, former NPR EVP and chief content officer, is leaving his full-time role at the New York Times but will remain as a consultant. His position of EVP, product and technology, at the newspaper company was eliminated in a “reshaping” of its digital departments, the Times said in a release. Wilson will “continue to play a central role” in developing relationships with other digital platforms and creating an expanded audio strategy, according to the statement. He joined the Times in February 2015. 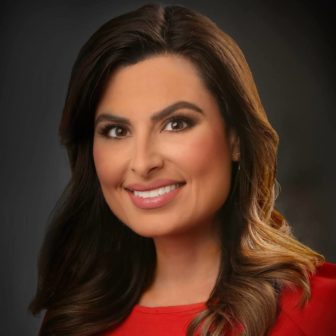 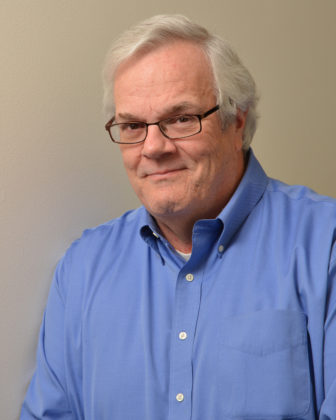 Greg Petersen, director of broadcasting at WPSU in State College, Pa., has announced his retirement after 45 years in public broadcasting. Petersen began in 1972 as a student working in production at KRWG in Las Cruces, N.M. He arrived at WPSU in 1985. Since then he worked as the head of promotion, special projects manager, radio station manager and TV programming manager before rising to his current post. Petersen also has served on several boards and committees for NETA, PBS and NPR.

Hugo Nájera is the new GM at Takoma Radio, a community station in Takoma Park, Md. Nájera joined the station at its launch in July 2016 as co-host of the biweekly Soul Sonic Show. Most recently he worked as constituency engagement manager at Excelencia In Education, a higher-education advocacy organization focused on Latino college completion.

The CUNY Graduate School of Journalism has announced leadership for its News Integrity Initiative, a project of the Tow-Knight Center for Entrepreneurial Journalism. Its first managing editor is Molly de Aguiar, who takes over July 1. She is currently program director for informed communities at the Geraldine R. Dodge Foundation, as well as a board member of Media Impact Funders and a Democracy Fund Fellow. Executive committee members for the initiative include CUNY journalism professor Jeff Jarvis, who leads the Tow-Knight Center; Áine Kerr, manager of journalism partnerships at Facebook; and Craig Newmark, founder of craigslist.

ProPublica Illinois, a regional unit of the national nonprofit newsroom, has added three news staffers, including a former Chicago Public Media journalist. Logan Jaffe was multimedia producer for WBEZ’s Curious City and previously worked as an embedded mediamaker with the “Race/Related” newsletter produced by the New York Times in partnership with the public media documentary showcase POV. Sandhya Kambhampati was a Knight-Mozilla OpenNews Fellow at Correctiv, a nonprofit newsroom in Berlin. And Mick Dumke worked on the investigative team at the Chicago Sun-Times since 2015. 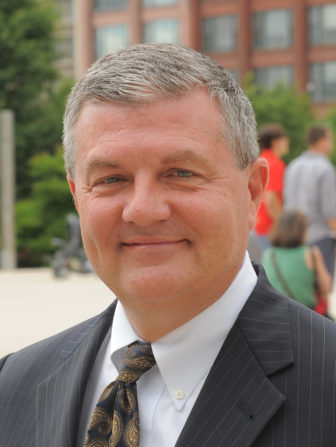 Dan Schmidt, president of WTTW and WFMT in Chicago, has been named a fellow by the Arthur Vining Davis Foundation for the 2017 Aspen Ideas Festival this month in Colorado. Foundation President Nancy J. Cable said Schmidt was selected “from a competitive group of national nominees with diverse backgrounds who represent the entrepreneurial spirit, intellectual curiosity and values of our founder Arthur Vining Davis.” In a statement, Schmidt said he is looking forward to participating in the festival, for “the inspiration it is sure to provide, and for the opportunities it will deliver to cement and form valuable relationships.”

The National Federation of Community Broadcasters has selected two women for its annual Diversity Fellowship. Désirée Bayonet is interested in pursuing stories from under-represented communities. She co-founded the audio storytelling collective From Block2Block to highlight that content through non-traditional platforms such as concerts, cafés and street festivals. She is currently program director at WOWD-LP, a community radio station outside Washington, D.C. Cara Dukepoo is a Diné woman who resides on the Hopi Reservation in northern Arizona. She volunteers at KUYI Hopi Radio, her local Native American public radio station, hosting a weekly reggae show. Dukepoo has also produced a weekly children’s show, Shooting Stars.

American Documentary, which produces the PBS documentary series POV, has hired two new directors and promoted another executive. Keisha Salmon is directing audience development and communications. Salmon was previously marketing and communications manager for The Play Company, an off-Broadway production house. She now manages POV’s branding and communications strategies. Erika Howard is directing audience engagement and special projects. Howard previously served as the marketing manager of Women Make Movies, the largest global distributor of documentary films directed by women. In her new role, she will focus on PBS station relations, national partnerships, engagement activities and filmmaker programs. And Alice Quinlan, who served as coordinator of the community engagement and education department, rose to manager.