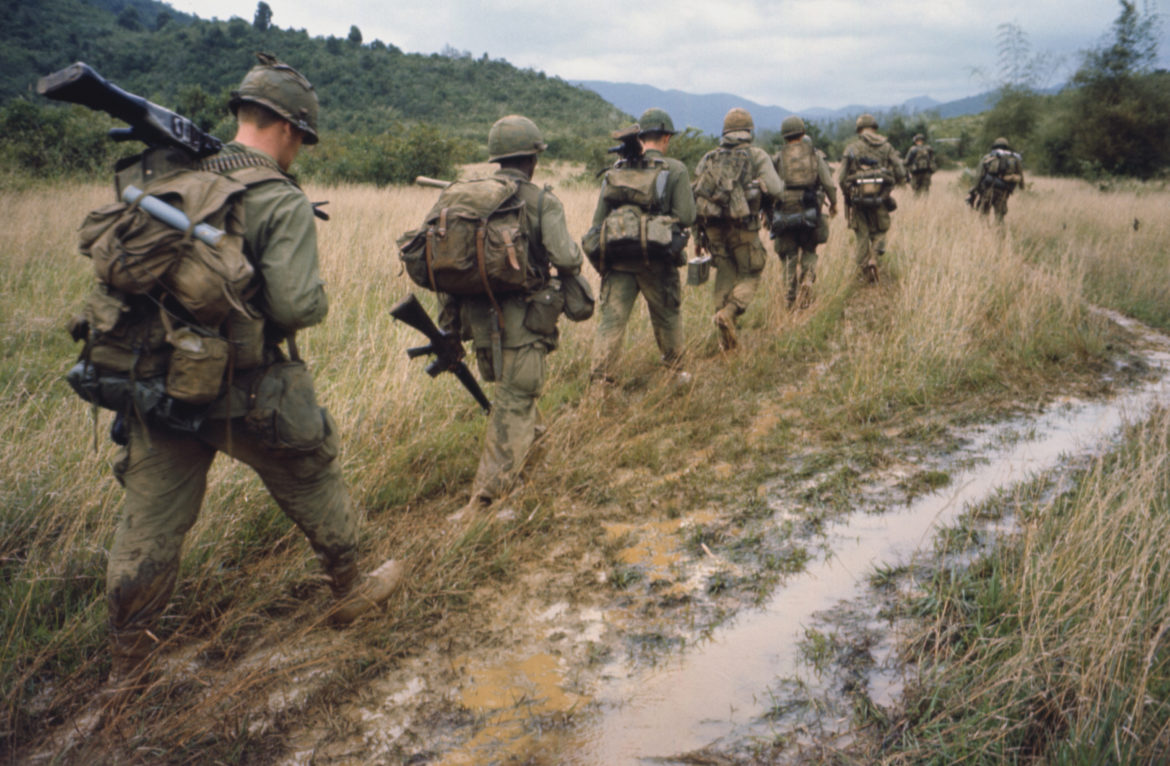 Soldiers march during a search and destroy operation in January 1967 near Qui Nhon, Vietnam, in the upcoming public TV documentary “The Vietnam War.” WNET is offering stations related programs and assets on its Wavelength content-sharing platform.

WNET is launching a third platform for sharing digital content, this one initially focused on veterans’ issues and stories.

Wavelength, now in beta, will ultimately grow into a multiuse platform for a range of content topics as well as assets including B-roll footage and press kits. The site will start off as the Veterans Content Sharing Initiative, in anticipation of The Vietnam War documentary from Ken Burns and Lynn Novick, airing in September.

The site is expected to be fully operational by the end of June.

WNET in New York City launched a content-sharing platforms for arts and culture programming in 2013 and for science and technology content the following year. Both allow sharing of full shows and segments among public stations nationwide.

“Now more than any other time, public broadcasters are talking about the importance of both national and local content,” said Neal Shapiro, WNET president. “We must have both to resonate with viewers. Wavelength allows that national and local experience.”

The site also will provide two half-hour documentaries produced by WLIW, owned by WNET. Legacies of War: Vietnam and Legacies of War: Coming Home are companion pieces to the Burns documentary. Stations that sign up for the free Wavelength membership may air the programs as presented or localize them.

Once stations began using content from the arts and science platforms, they expressed interest in collaborating on other subjects as well, said Diane Masciale, WLIW VP and GM and executive producer of local production, including the collaborative platforms.

“We’ve been building on five years of experience working with stations” to hone the sharing-platform concept, Masciale said. Wavelength offers more of what stations want, such as press releases about the content, closed captioning files, toolkits and social media tips. Burns and Novick also appear in generic promos for use by stations, she said.

The Wavelength team also learned that smaller stations have unique needs. “Those stations have an issue with storage capacity,” Masciale said. “So content has to be there all the time to access, not just during a certain window.”

More than 50 licensees signed up to participate in Wavelength at the PBS Annual Meeting in May, Masciale said. “And that’s just a start,” she said. “We’re excited about the possibilities.”