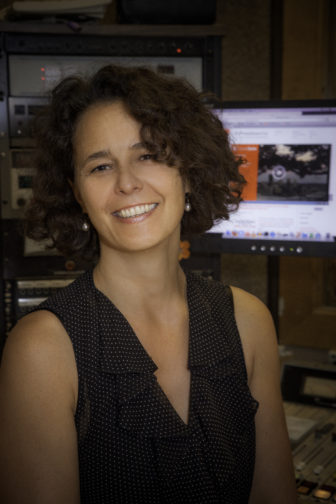 My father was a radioman whose first gig was hosting a live noontime broadcast from a street corner in Cortland, N.Y., called “Question of the Day.” He grew his career over four more decades in management at WSYR in Syracuse. I grew up in a family where, when Dad was around, radio listening was “on,” and special Saturday afternoon excursions took us behind the scenes of “Monster Movie Matinee,” and the television studio where my brothers and I watched the broadcast go out live.

I never predicted I’d follow my father into a broadcasting career. When I look back, I understand how these earliest exposures shaped my passion for “public media.” It was a time when commercial media was truly local — owned, operated and programmed by people who came up through the ranks with a strong service ethic, a spirit of entrepreneurship and a real reverence for what my mom called “the power of media.” My commitment to independence, invention, which was the genesis of AIR’s Localore productions, and my deep appreciation for so many people across the country directing media in such amazing and interesting ways, is deep in my bones.

Public media is not an abstract concept, but a continuing work in progress shaped by the dreams of many people over five decades working individually and collectively to find and express the things that tie us most deeply to one another. We experience this continually through masterful stories, and also through efforts by many now working to open the way for more people to see themselves as part of this unique work. It’s a privilege to bring my all to something I feel is so important.