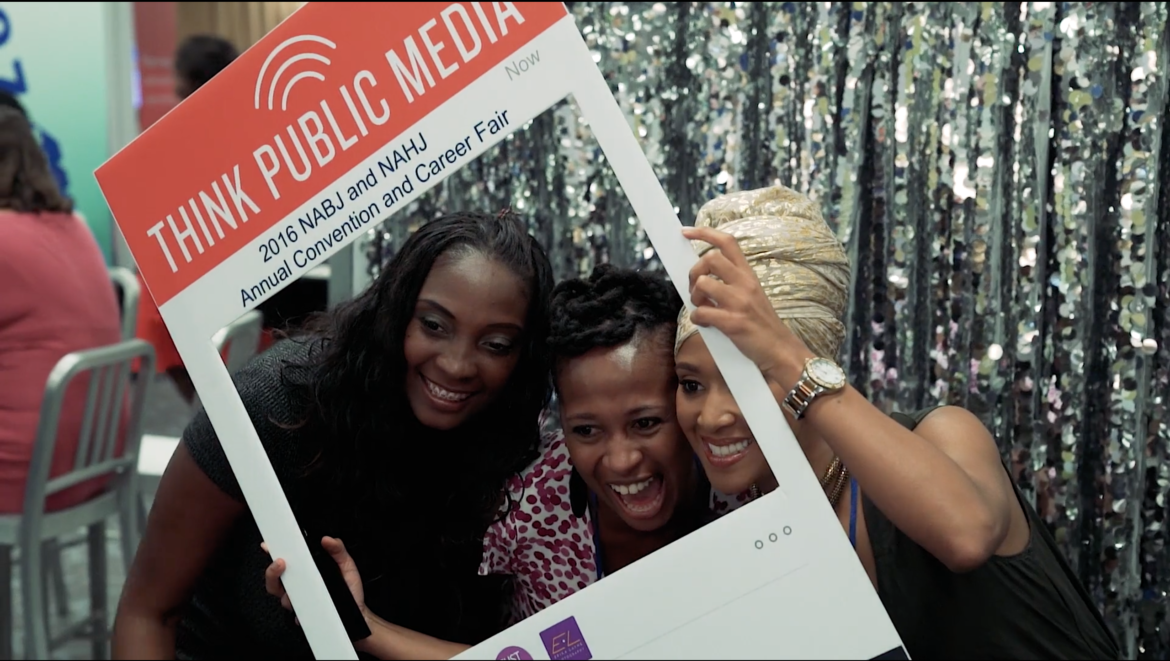 Attendees at the 2016 Public Media Village during the NABJ/NAHJ conference.

NPR and stations are expanding their recruitment of talent among minority journalists by adapting the Public Media Village concept for several conferences this summer.

Public radio will continue to celebrate the large village presence, “but we really want to make sure we’re spreading the love among other affinity groups,” said Hugo Rojo, NPR manager of social media communications.

This year, NABJ is holding a separate conference and NAHJ has teamed up with other associations. Public broadcasters, including television stations, will have villages at both of these events, and are adding a third conference to their schedule.

“We really want to make sure we’re spreading the love among other affinity groups.” — Hugo Rojo, NPR manager of social media communications

With conventions across the country, NPR wants to empower local stations as hosts, Rojo said. He expects each station to put a local flair on the village.

Previously, NPR and stations recruited in separate spaces at journalism conventions. Last year was the first time they united under one banner, following the practice of their commercial broadcasting counterparts. The Public Media Village was a separate 1,400 square-foot space represented by more than two dozen public radio and TV outlets.

Convention-goers mingled with station staffers and personalities, collected swag and received feedback on their work. The Village collected more than 500 resumes and contact information, which was shared among the 29 participating stations. NPR did not track how many people landed jobs through last year’s recruitment effort.

NPR expects 50 stations to participate across all conferences. Some stations may participate in one conference, or several. NPR has secured about 600-square feet at NABJ and EIJ, according to Stacey Foxwell, NPR senior director of content administration and one of the main herders of the Public Media Village effort.