WEAA in Baltimore has dropped a long-running locally produced talk show and plans to air more news and public affairs programming produced by students at its licensee, Morgan State University.

Marc Steiner, host of The Marc Steiner Show for nine years on WEAA, announced May 10 that he would be ending the show. 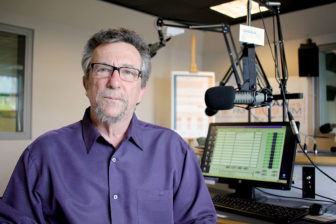 The show will end July 31. Morgan State paid $100,000 annually for The Marc Steiner Show and $9,000 in production costs, according to Wickham.

Wickham said ending Steiner’s show is also part of a plan to add more news and public affairs programming by Morgan State students to the show’s schedule. The university is taking a “teaching-hospital approach to journalism education” with its media properties, he said. WEAA is also considering adding professional news staff.

Morgan State is also evaluating whether to continue carrying Democracy Now!, the only other weekday news show on WEAA not produced by the station. “We have to make a determination as to whether or not that time might be better used for the kind of news and public affairs programming that we would like our students and, in fact, some of our faculty to produce,” he said.

Wickham said Morgan State is also in talks with USA Today about developing an investigative journalism program at the school. WEAA could feature some of those student-produced investigations. The school’s journalism students have also partnered with ESPN’s The Undefeated and West Virginia University on reporting projects, he said.

Morgan State has hired a new interim general manager for WEAA, Mireille Grangenois, who started in the position last week. Grangenois was previously publisher of the Chronicle of Higher Education.

WEAA will continue to air a “fairly significant amount” of its jazz programming as the school works to provide more news content, Wickham said. WEAA has been in talks with CPB about piloting a new “Urban Alternative” music format on the station and will continue to explore that possibility, he said. But the university will also consider how to strengthen the educational value of WEAA’s music programming to the university.

The station currently airs jazz music in addition to its public affairs programming.

Meanwhile, departing host Marc Steiner plans to “devote more attention to other creative pursuits and to build his non-profit production company, Center for Emerging Media,” according to a press release.

“We are so grateful to have worked with WEAA over the past nine years,” Steiner said in the release. “They have truly become family. They are consummate professionals and do an amazing job at representing the multi-cultural aspects of the Baltimore community. They really are ‘The Voice of the Community,’ and I encourage people to continue their support of WEAA’s programming.”