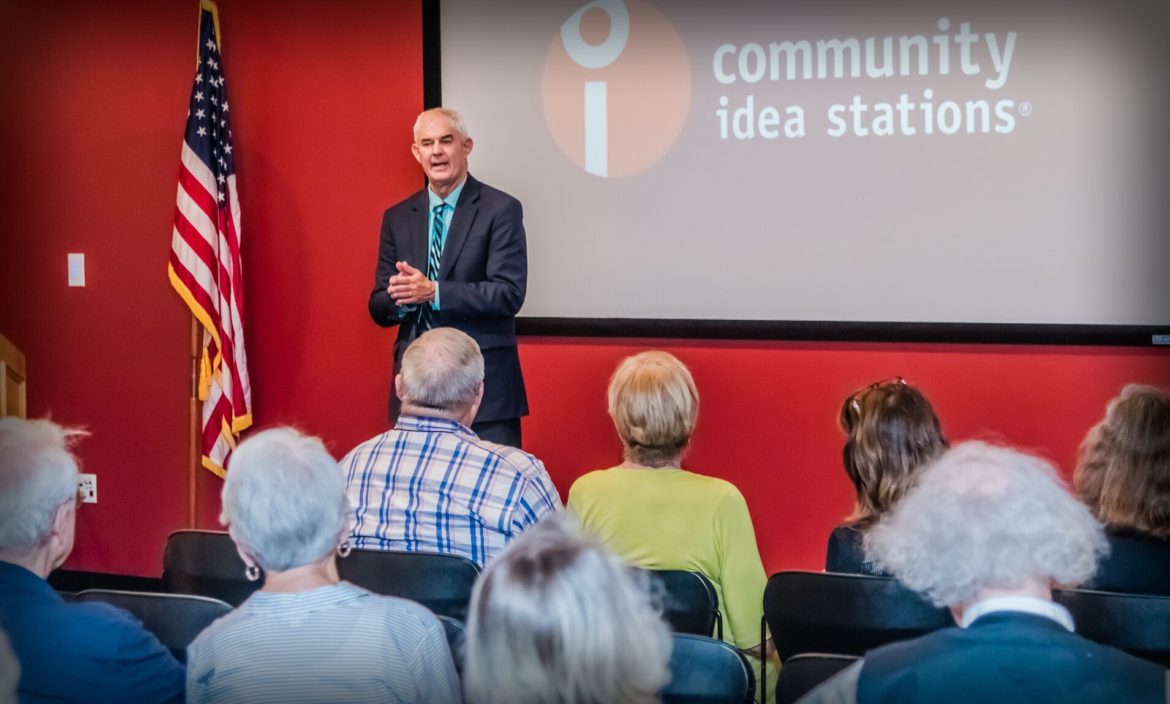 RICHMOND, Va. — Leaders of Virginia’s Commonwealth Public Broadcasting Corp. told community members at a town hall Thursday that they plan to invest the station’s $182 million in spectrum auction winnings in expanded community service and a foundation to promote public media.

The meeting at Commonwealth’s offices in suburban Richmond drew more than 40 people, though about half were board members or station staff. Executive and board leadership told the audience that the gift would change the direction of Commonwealth, which runs both radio and TV stations in central Virginia, by allowing it to expand news and arts coverage and its support for early childhood education to new areas.

Commonwealth sold spectrum for two stations in the auction: WNVC in Fairfax, Va., and WNVT in Goldvein, Va. Both in the suburbs of Washington, D.C., the stations air international programming aimed at multicultural audiences. WNVC’s spectrum sold for $124.8 million; WNVT’s, for $57.1 million.

The combined sale made Commonwealth among the biggest pubcasting winners in the auction, behind New Jersey Public Broadcasting Authority and WGBH in Boston. It will not affect Commonwealth’s service in central Virginia.

At the town hall, station leaders said Commonwealth will devote some portion of its auction proceeds to the creation of an endowment titled the Virginia Foundation for Public Media. It will “promote public media in our community and the Commonwealth of Virginia,” board chair Todd M. Stansbury said. 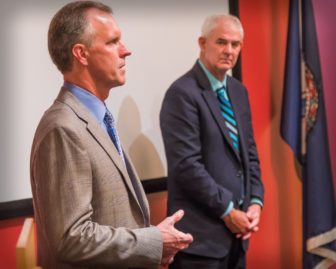 Commonwealth President A. Curtis Monk offered a “ballpark” estimate that at least $160 million of the $182 million would go to the foundation but added that Commonwealth’s board will ultimately determine the amount. A separate board will govern the foundation.

Receiving the $182 million in proceeds is a “transformational and game-changing kind of event,” Monk said. “It is important for us to make it transformational in its use, and to use it to further our mission to make the community a better place by using the power of media to educate, entertain and inspire.”

One town hall attendee asked Monk and his colleagues exactly what “transformational” meant. Monk answered that planning is still underway but that the earnings will allow Commonwealth to expand its reach and work with new communities. This could include adding news staff, working with the local arts community and airing performances. It may also expand its support for early childhood education to more communities.

“Transformational, to me and I suspect to our board as well, it means changing the trajectory,” Monk said.

Answering another audience question, Monk said Commonwealth will need to be up front with viewers and listeners that it still wants their support despite the windfall. “We’re getting 182 million bucks, and that’s a fact,” Monk said. “We’re proud of that. There are going to be some people who say, ‘I don’t think you need me,’ and we will respect that. That’s a personal choice.” 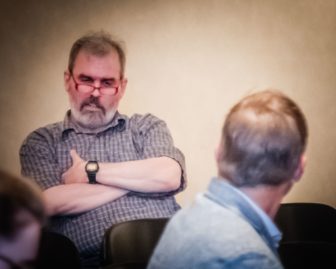 Commonwealth executives heard a complaint from a retired computer software engineer who said he had traveled two hours to express his opposition to the sale.

“I’m from northern Virginia,” said Hank Bovis, who said after the event that he often watches WNVC and WNVT. “I hate to rain on the community party down here, but you got the $180 million by basically shutting down channels of service to us in northern Virginia. I’m not happy about that, and I’m here to say that some of this $180 million has got to come back to us.”

Commonwealth is looking to partner with other broadcasters in the Washington area to keep WNVC and WNVT on the air, Stansbury said.

Monk added that perhaps the area’s other public TV stations would consider airing shows previously broadcast on the stations. Commonwealth is “sensitive to the reality that we have removed on-air service,” he said, but the future of the stations’ on-air service is not “entirely in our hands.”

Monk, who is known for singing and “rapping” during station events and on-air fundraisers, ended the town hall by unfolding a sheet of paper and reading a rap he’d prepared. “I’m sort of a minor-league rapper,” he said.

“We won’t rush in, but we won’t stay cold,” he said. “We’ll look for options. We’ll try and be bold. No great thing can be done overnight. And it’s very important to get this right.”

Commonwealth sent a survey to about 15,000 members asking what content they’d like to see from the broadcaster. Station leaders also said they would continue to meet with donors in coming months. After gathering information, Commonwealth’s board will begin a strategic planning process.