During a Wednesday session at PBS TechCon, John McCoskey of Eagle Hill Consulting praised pubcasters for participating in the CPB-commissioned survey, which included public radio stations for the first time.

Public TV licensees plan to spend over $100 million on technology upgrades this year and expect those costs to rise to $256 million by 2019. By then, the gap between equipment needs and available funding is projected at $144 million.

Seventy-three percent of radio licensees responded to the survey, said McCoskey, a former PBS chief technology officer who led the research. “We’re really happy because it gives a lot of credibility to the data,” he said. Public TV licensees, who had been surveyed about technology and equipment as recently as 2013, participated at a 92 percent rate.

The survey identified some 60,000 individual pieces of equipment at public TV and radio stations nationwide, McCoskey said. “We learned what’s out there, where it is on its lifespan, when is its end of life and who the vendors are, so we have a rich data set to work from.”

While the survey asked about funding and purchasing expectations through 2020, McCoskey said the data may not yet be reliable past 2019, a year that will be critical for many TV stations. Some survey participants may have delayed needed infrastructure improvements as much as they can, he explained. By 2019, it may become apparent that “stations have pushed those out as far as they can. We don’t know yet and are looking to have more anecdotal discussions with stations.”

The survey found that public TV stations face huge increases in their operational and capital technology expenditures. Licensees expect to spend over $100 million this year and plan for these costs to rise to $256 million by 2019. But their funding projections don’t keep pace with those needs. The stations expect to have nearly $80 million in available funding in 2017, creating a shortfall of $20 million. But they project only $112 million by 2019, less than half of what they’ll need.

State and university licensees expect the biggest gaps. By 2019, the average state-licensed public TV station expects to have barely a third of the funding it will need for technology expenses. 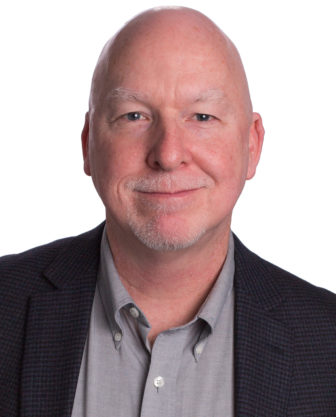 The survey did not take into account reimbursements from the FCC’s fund for TV broadcasters affected by the repack of television channels in their markets. “Stations were directed to assume they were not getting repack reimbursements,” McCoskey said. “As we layer in the repack and stations that are going to get some transmitter expenses covered, those numbers should come down a bit, but they’re still significant.”

McCoskey described another challenge ahead for public TV. As technology shifts away from big-ticket hardware purchases toward a service-based model, many station operations will move into the cloud or to joint master controls. These systems must be paid for on an ongoing basis, rather than as one-time capital expenditures, McCoskey said, creating a danger that existing funding models will be unable to keep pace.

For the systemwide assessment of public radio licensees, the survey gathered data on radio frequency equipment such as transmitters, towers and antennas. Results of the radio assessment will be released in the near future as part of an expanded report on the project.