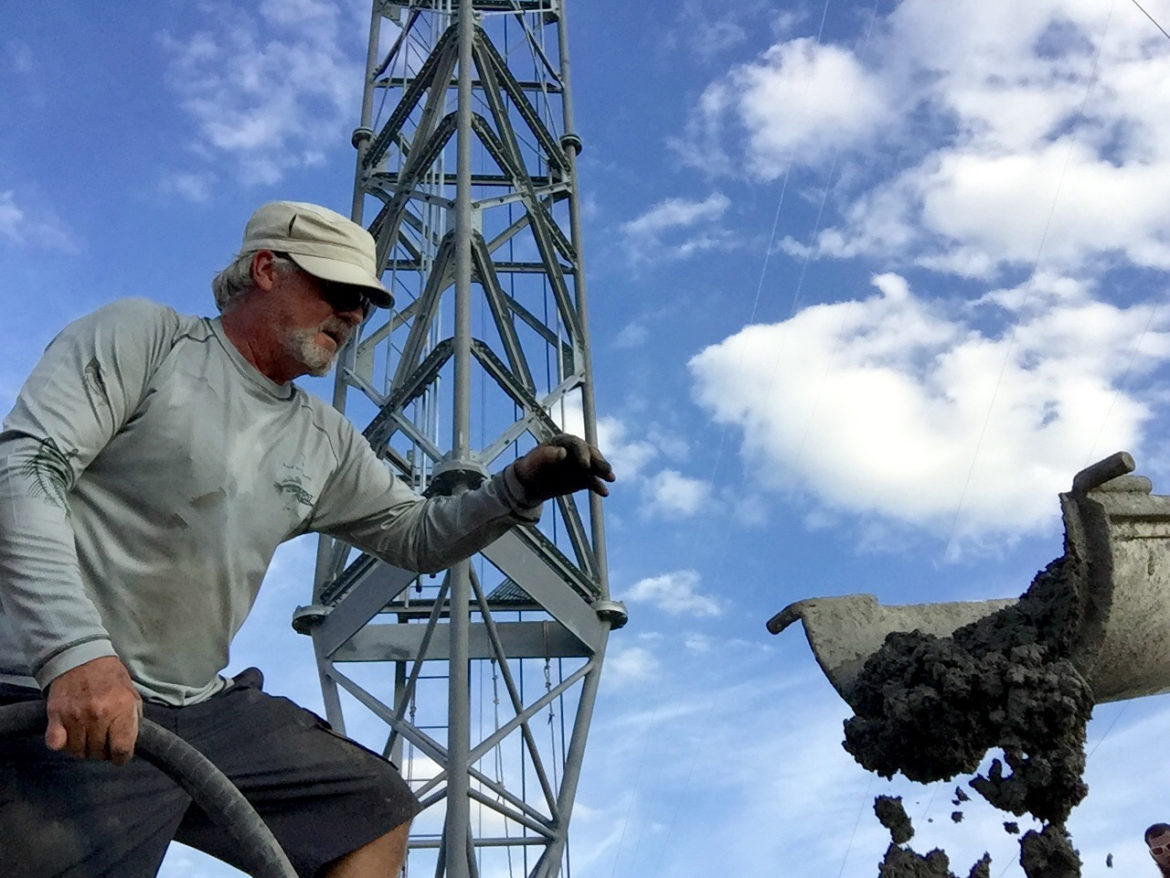 A worker installs WUSF's new tower in August. The dual licensee in Tampa, Fla., had to replace the 50-year-old tower at a cost of $2 million. (Photo: WUSF)

A worker installs WUSF’s new tower in August. The dual licensee in Tampa, Fla., had to replace the 50-year-old tower at a cost of $2 million. (Photo: WUSF)

CPB has launched a systemwide assessment of public broadcasters’ technology needs at a time when stations are puzzling over how to pay for new equipment amid declining resources.

Equipment expenses across the system are increasing, according to a financial analysis by CPB, rising from $85 million in 2013 to $100 million in FY15. Yet capital revenue remained flat during that period, at $47 million. That revenue is down from a high of $120 million in 2008, three years before the Commerce Department’s Public Telecommunications Facilities Program ended. Capital funding from state and university licensees is also significantly down, CPB found: Over the past 10 years, state support fell by $26 million and university backing by $5 million.

CPB has hired John McCoskey, industry lead executive with Eagle Hill Consulting, to assess the situation. McCoskey spent six years as chief technology officer at PBS. He’ll develop an online survey with input from station executives and engineers to help CPB determine what equipment stations have, what they need and how stations could pay for those purchases. The study is scheduled to be completed by spring 2017.

A similar survey of radio equipment was put on hold after NPR Labs Director Mike Starling left in 2014. NPR spokesperson Isabel Lara said the results “contain proprietary customer data” that may not be shared publicly.

McCoskey told NETA attendees that the new assessment will also look for trends across affinity groups and broadcasting system functions.

“If we see a lot of the same vendors, maybe we can get group discounts,” McCoskey said. “Or we can look at stations that use storage very efficiently and learn from that. Or identify challenges within certain affinity groups.”

Responses from NETA attendees reflected the challenges stations are facing across the system.

WCTE-TV in Cookeville, Tenn., needs a new encoder to carry the PBS Kids 24/7 multicast channel in January, President Becky Magura said. “There’s a huge timing issue here,” she said. “We’ve been delaying buying that because we want to have a plan to buy a fuller [equipment] package. But for us to launch in January, we have to go ahead and make that financial investment soon.”

Within two years, McCoskey said, “you wouldn’t be thinking about buying a piece of equipment, you’d just set up a service in the cloud” based on the web.

“But we can’t wait for that,” Magura replied.

The cloud-based solution will be “a no-brainer in five years,” McCoskey said. “But the question is, between now and in five years, when does that change occur? I think it may happen pretty fast.”

Vegas PBS added $6 million of new equipment in 2009 for the digital transition, said GM Tom Axtell. “To my horror, it’s all aging out at the same time,” he said, prompting murmurs of agreement in the crowd. “Vendors are no longer supporting the software.”

Axtell is hoping to move five-year leases into operational expenses. “But when do we buy 4K production equipment” for the upcoming ATSC 3.0 standard?, he asked. “What is the right time to do that?”

At WYES-TV in New Orleans, “our engineers are looking for parts and pieces just to keep older equipment running,” said President Allan Pizzato.

There’s also the complex problem of finding engineers who can keep older equipment running while also working on the latest generation of technology.

“We need to completely retrain our workforce toward digital and IP,” said Laura Hunter, station manager for KUEN in Salt Lake City. She noted 15,000 unfilled tech jobs in Utah, leading to stiff competition among employers.

“The only way to tackle that is to retrain our existing workforce with new skills for the ATSC 3.0 transition — and then retain them,” Hunter said.

While stations tackle those problems, equipment continues to age. And cash-strapped public broadcasters are using various strategies to pay for those replacements.

KGOU-FM in Norman, Okla., is hoping to raise $75,000 for a new transmitter. The staff kicked off a capital campaign Sept. 29 at the retirement reception of longtime GM Karen Holp, encouraging donations in her honor.

“We thought that was a good opportunity because Karen got us on air in the early 1990s,” said Jolly Brown, development director. “The transmitter hasn’t been replaced since then.”

In a typical year, KGOU could have earmarked funds to go toward the transmitter replacement, Brown said. But this year was definitely not typical: Licensee University of Oklahoma was forced to enact cuts across departments after the state rescinded part of its fiscal year 2016 budget appropriation.

“The state budget is in such crisis that they took back money they’d already appropriated,” Brown said. “We had to start being more creative in our fundraising. This is just the reality we’re dealing with.”

Also on the radio side, dual licensee WUSF Public Media in Tampa, Fla., just replaced its 50-year-old tower in August at a cost of $2 million. The station got $1.4 million from the state and a $570,000 loan from licensee University of South Florida, said GM JoAnn Urofsky.

“Funding equipment is definitely one of the more challenging tasks in public broadcasting,” Urofsky said.

To finance the project, WUSF approached various public and private supporters throughout the region. Ultimately, the state came through. “We met early and often with key supporters at the state level,” Urofsky said. “We made a detailed case about how the tower played a vital role for public safety in a hurricane-prone state. And we prepared a solid case for how the station would be good stewards of this investment.”

At Rocky Mountain PBS, a much larger facility upgrade is in the works. The Denver station is about halfway through a $50 million capital campaign supporting its new headquarters. Amanda Mountain, who heads up development, said RMPBS is undertaking a “holistic examination of all equipment” to determine needs for the new building.

“This is a huge opportunity to explain the case for support as it relates to equipment to provide higher-quality programming,” Mountain said. “We’re talking to major donors about better addressing the needs of members and the state during a rapidly changing technology landscape.”

Donors need to see equipment upgrades and purchases as part of “the big picture of our long-term sustainability plan as a public media organization,” she said.