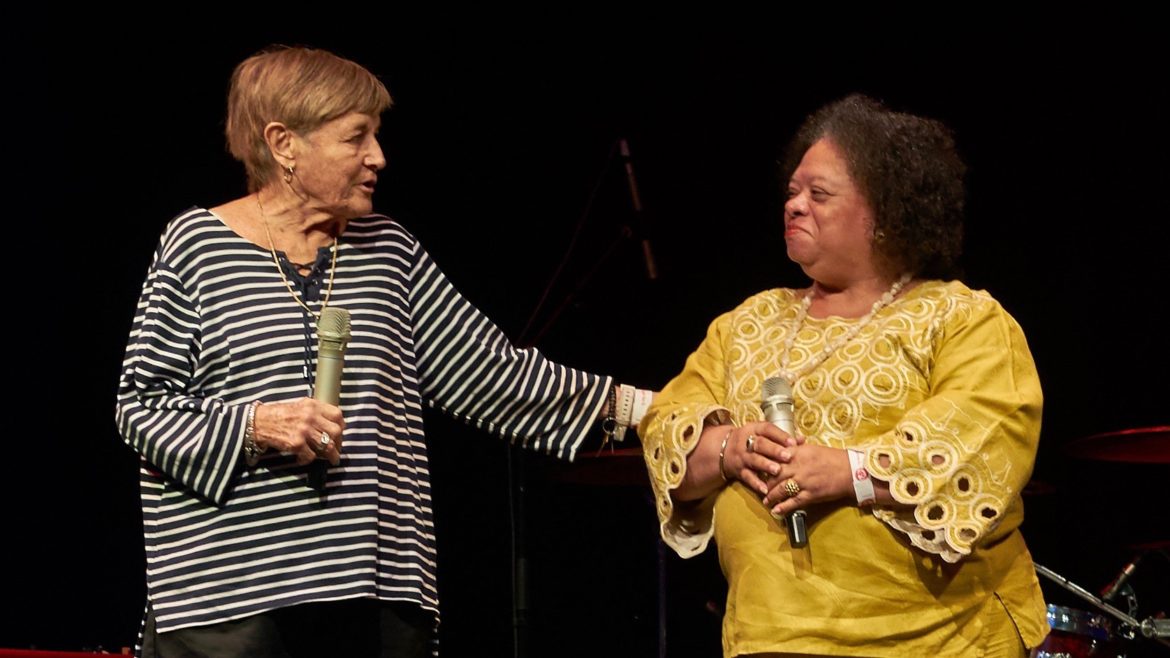 Two women with family histories on opposing sides of the Civil War developed a friendship based on their shared vision for the future. They spoke at an event co-sponsored by a Localore project in Richmond, Va.

Live events staged as part of an Association of Independents in Radio project imparted an important lesson to the producers involved: Live events can bridge gaps between race and class and broaden public media’s audience.

In the mostly segregated city of New Orleans, radio producer Eve Abrams staged events where she says the “audience looked like New Orleans.” Abrams shared stories from Unprisoned, her project that looked at how mass incarceration affects families, communities and notions of justice. She also partnered with a local storytelling group to hold events where residents were invited to tell their own stories.

The events showed Abrams how engaged the community is. “You have to know about something to care about it, and it felt like these events were doing something that public radio should be doing anyway, and it’s not,” Abrams said.

“You have to know about something to care about it, and it felt like these events were doing something that public radio should be doing anyway, and it’s not.” — Unprisoned producer Eve Abrams

An AIR report released last month argues that such events are important to public media to raise awareness and support and find crucial voices that may be missing from reporting. “Break Form: Making Stories with and for The People” contains lessons gleaned from Finding America, the latest iteration of Localore. The CPB-funded AIR initiative embedded independent producers at public media stations from November 2015 to July 2016 to take nontraditional approaches to storytelling and community engagement. 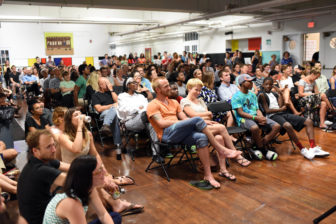 The audience at a live storytelling event Eve Abrams, producer of Unprisoned with New Orleans station WWNO, hosted in partnership with a local community organization.

Events have a small but growing reach, the report finds, and a quantitatively different impact from that of broadcast. They serve to “humanize public media during a time in which the media is having some clear perception problems,” according to an Edison Research study released along with AIR’s broader report.

Other Localore events that drew diverse audiences were held in Richmond, Va., a place often described as “a tale of two cities.” It’s a modern hub for millennials and tourists but faces deep socioeconomic inequality, said Kelley Libby, lead producer of the Localore project UnMonumental.

The main event of UnMonumental, held at an old theatre in a historically black Richmond neighborhood, showed Libby that people could come together to bridge their divisions and have a good time.

“I learned that public radio can do this,” Libby said.

Edison Research found that attendees at the Localore events “were ethnically and economically far more diverse than the average public media listener, and therefore representative of an active part of the public media universe that often does not get heard from in public media,” the study said. It surveyed audiences at events in Philadelphia; New Orleans; Richmond; Harriman, Tenn.; Tucson, Ariz.; and Kansas City, Mo.

In 2016, 87 percent of NPR listeners identified themselves as white, while African-Americans and Hispanics each accounted for 6 percent of listeners, according to an NPR Profile report based on data from GfK Mediamark Research & Intelligence. Localore event attendees were 63 percent white, 20 percent black and 9 percent Hispanic or Latino. In addition, audiences at the Localore events skewed younger and more female than the NPR audience.

Long before their final events, independent producers participating in Localore had to lay groundwork by fostering collaborations with community members. Some producers were working in communities that hadn’t been covered comprehensively by their local public media stations. They said they expected skepticism or resistance prior to starting their work but were instead welcomed warmly. People in the communities they were reporting on wanted to tell their stories and were eager for someone to listen.

Some producers held smaller events throughout their participation in Localore, capped by larger gatherings. The events allowed them to share their radio stories and provided an outlet for community members to share personal stories. 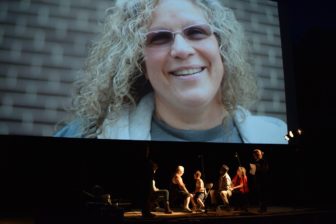 Meredith Turk screened an hour of programming from her Localore project, “Homefront: Fort Drum” for an audience at a drive-in theatre in Watertown, N.Y. (Photo: Brit Hanson)

With local partners, Libby held a larger event in July that drew upwards of 400 people to Richmond’s Hippodrome Theatre, in a historically black neighborhood whose business district was once known as “black Wall Street.” The event “really felt like community,” Libby said.

Turk was skeptical that people in the military already living in a military community would want to listen to their peers’ experiences. Playing one’s work in a face-to-face setting is risky but provides “insights about what’s important to this community you’re trying to reach,” Turk said. “You think you know what matters or why they would show up, but you really don’t.”

She was surprised to learn that stories she considered mundane resonated with people, such as a piece about how a soldier’s deployment brought his wife and stepdaughter closer. “To give a space to say ‘OK, you’re all military, but each of your stories is relevant and unique’ is exciting to people,” Turk said.

Turk also used the opportunity to ask people if they listened to public radio and whether they were familiar with NCPR. Often no hands went up. “It was as much about outreach as it was about the content,” Turk said.

Turk’s work led up to a larger event at a local drive-in theatre where she played an hour of programming from her project on the big screen. In a small community, Turk said, events can capture a lot of attention because few other social opportunities compete for people’s time.

Abrams, lead producer on Unprisoned with New Orleans station WWNO, looked at how mass incarceration affects families, communities and notions of justice. Amid neighborhoods divided by race and class, and little crossing of the city’s boundaries, residents may not know much about each other’s experiences despite living in close proximity, Abrams said. Abrams’ work aimed to cross divides.

Abrams shared stories from Unprisoned at events at a local public library. She also partnered with Bring Your Own, a live storytelling pop-up series in New Orleans. Some audience members said they appreciated learning about experiences much different from their own, while others were pleased to have a platform where they could share their stories, Abrams said. 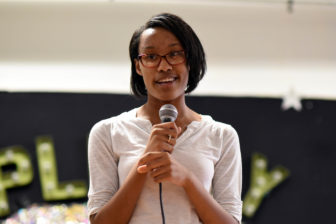 “We’re the incarceration capital of the world,” Abrams said. “Lots of organizations are out there dealing with this. I’m new to the game. I just brought this component. I said, ‘Hi, I’m public radio. How can I help? How can I tell your story?’ And just kept my ears open.”

Abrams said that in general she noticed a disconnect between white and black listeners of her stories. “White people were just horrified by what they were hearing,” Abrams said. “Black people were like, ‘Yep, thanks for telling it.’” By attending events, these audiences were able to come together.

Although the Localore project has ended, Abrams continues to receive emails from people asking how they can solve problems in their particular neighborhoods. “There’s nowhere for people to turn,” Abrams said. “It was exciting to see the press in that role.”