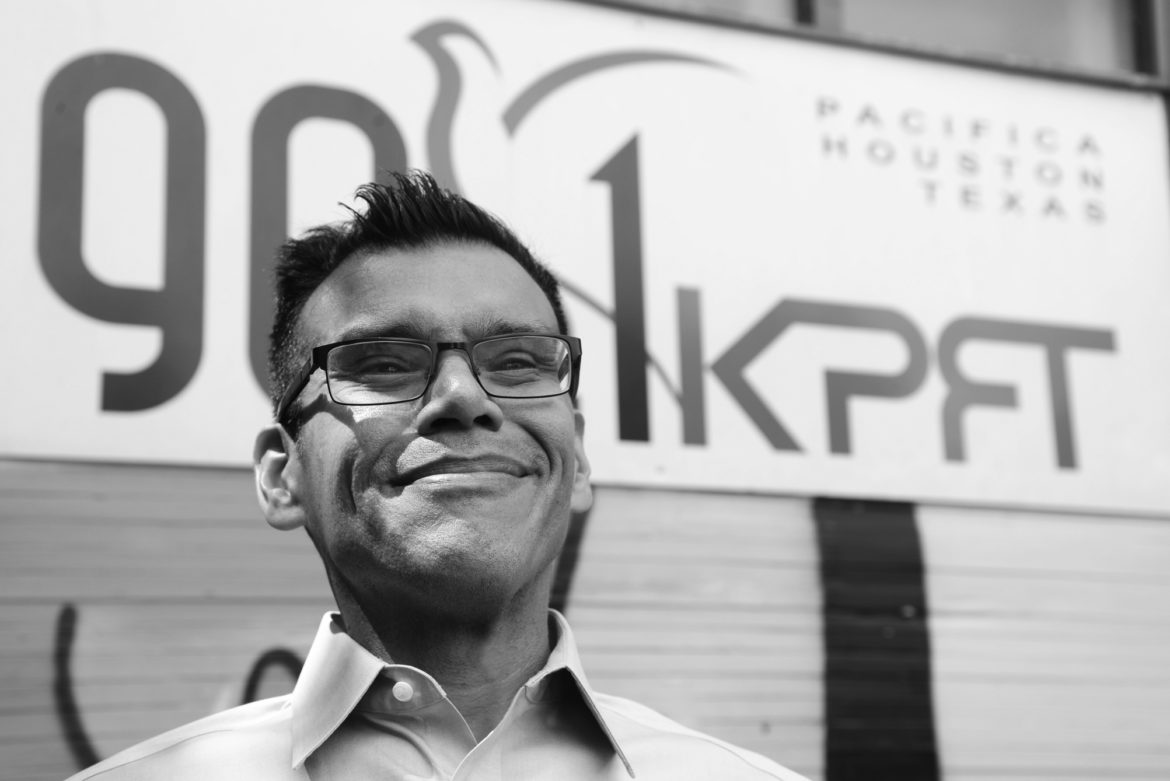 I grew up a poor kid in East Houston, in the historically Mexican-American neighborhood of Denver Harbor. In spite of being in the nation’s fourth-largest city, Denver Harbor is not unlike the places you might picture in your head when you think of the backwoods: drainage ditches, parallel blacktop roads, squat wooden houses with porches and short chain-link fences stretching for blocks, and dogs from next door roaming the streets.

Even today the sound of Denver Harbor is a mélange of culture. Fifth Ward, home of Houston’s best known rap exports, was just over the railroad tracks, and African-American music and arts blended often with us. You can still walk the neighborhood and enjoy Tejano, old-school soul, hip-hop, mariachi, funk and norteño coming from folks’ backyards, front yards, houses and trucks. Public radio wasn’t a part of my childhood, or that of many others here. Around 11 p.m. one evening, though, that all changed.

Public radio wasn’t a part of my childhood, or that of many others here. Around 11 p.m. one evening, though, that all changed.

One spring night, I discovered punk rock on my community radio station. If you’ve listened to punk, that dissonance is certain to rattle you. The curious boy in me, though, was entranced by what I didn’t know. Through public media, I found myself coming back to listen to the news, to hear music I never knew existed — the blues, y’all, seriously — and to have my little teenage world expanded far beyond anything I had ever imagined.

One of my favorite quotes from President Johnson’s speech during the signing of the 1967 Communications Act is “Yesterday’s strangest dreams are today’s headlines.” For me, that late-night stumbling onto an iconoclastic corner of radio changed my life, and made me who I am. I’m the only person in my family to get a college degree, and public media motivated my studies in journalism. My passion for communities was stoked by the evocative radio voices that ushered me through my high school years. Without public media, my future would have most assuredly been an uncertain one.

I love this space because I’m a testament to its transformative power and the opportunities it creates for all Americans. I have more memories of lives I’ve had the privilege to touch through public media than time. There’s the boy who rarely spoke yet found his confidence before a microphone, the girl who’d been told girls couldn’t do such things editing audio with the deftness of a samurai, and the adult who felt believed in for the first time ever. Then there are the communities like Denver Harbor, who hear their stories told through our medium not as poverty and tragedy, but as history and richness. I awaken every day, enthusiastic at the prospect of creating hope, just as those before us did for me.