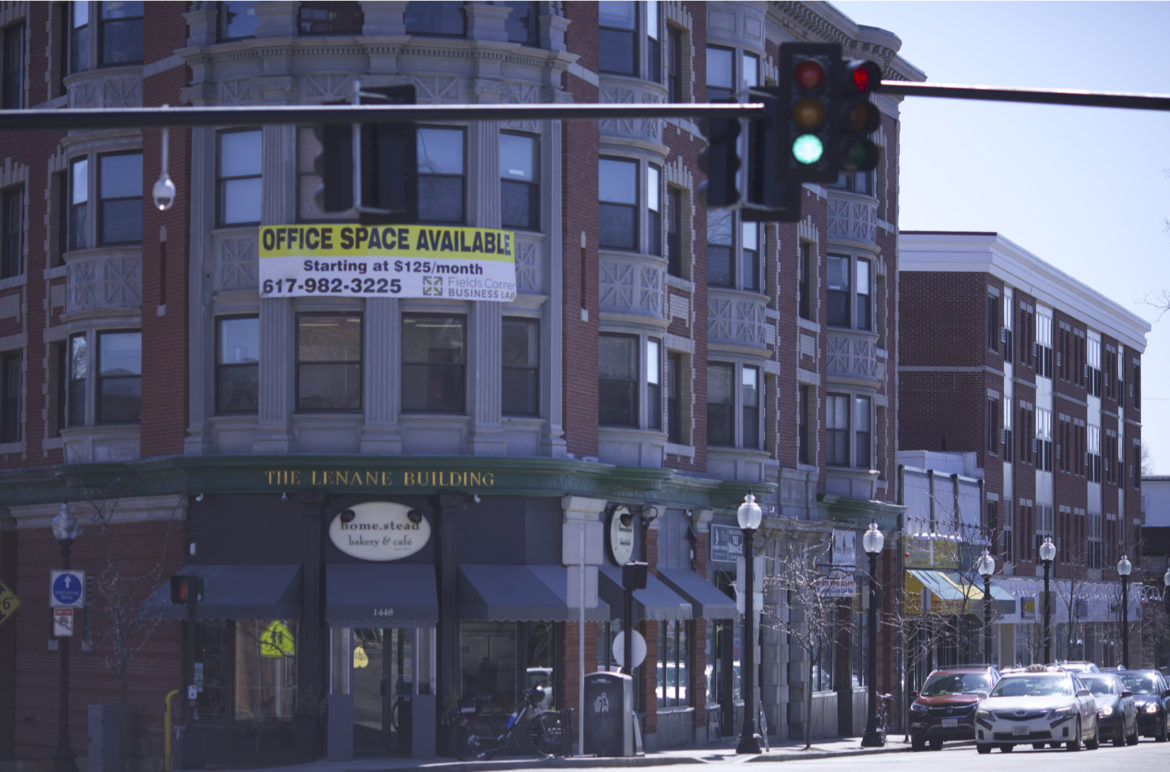 AIR’s headquarters are in the Lenane Building at the corner of two major intersections in Dorchester, a neighborhood in Boston. (Photo: An Uong)

WGBH is continuing to expand beyond its northwest Boston headquarters by opening a desk in a neighborhood that has generally been neglected by local news organizations.

Beginning Tuesday, a WGBH reporter will begin a three-week assignment at the Association of Independents in Radio headquarters in Fields Corner, affectionately called “Little Vietnam” by locals. The news desk is WGBH’s third outpost beyond its sprawling block-long facility in Brighton, where the dual licensee produces its TV, radio, Web and community programs. It also situates WGBH reporters in Dorchester, an area of the city that receives little or mostly negative news coverage by local media.

The expansion is intended to help redress that problem and build on a WGBH News strategy to embed more of its reporters in the community, said Phil Redo, GM of WGBH Radio. Rather than deploying reporters “in a more traditional manner” by sending them out to cover stories and then return to Brighton, he said, the newsroom is working “to be on the ground as much as we can, to actually be in the locations where stories bubble up.” 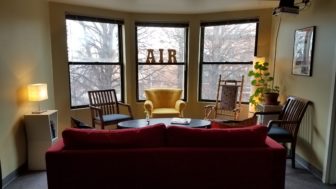 The station has built studios in the Massachusetts State House and in a street-level corner of the Boston Library, where passersby view live broadcasts through walls of plate-glass windows. WGBH also plans to open a news bureau at WGBY, a western Massachusetts station it co-owns in the city of Springfield, near the Connecticut border.

AIR’s location in Fields Corner puts WGBH reporters in the main business district of Dorchester, a densely populated, six-square mile area of Boston. It is among the most diverse areas of the state. Fields Corner and Dorchester boast sizeable communities of Vietnamese, African-Americans, Haitians, Latinos, Irish and other ethnic and immigrant groups.

Initially, WGBH will cycle reporters through the Fields Corner office for up to three weeks at a time. First up is Craig LeMoult, a general assignment and environmental reporter, Redo said.  Plans call for the newsroom to hire a full-time reporter this summer to be assigned to the bureau on a permanent basis. 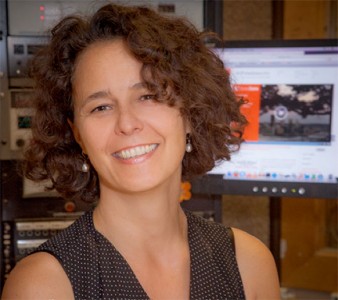 WGBH hasn’t been alone in focussing on crime and negative coverage of Dorchester.

“I think all of us are guilty of that,” Redo said, referring to local television stations and other news media. “That’s one of the reasons we felt that, if you’re going to report on neighborhoods, you have to be there.”

The Boston Globe has been headquartered  in Dorchester since 1958, but it’s about to relocate to offices downtown. “We are moving in as the Boston Globe is moving out,” Redo noted. “There are many people who think that the Globe never reported on Dorchester even though they were there.”

Redo said that a number of WGBH News staffers live in Dorchester or grew up there, including a senior editor.

Redo and Schardt are also interested in working together. Redo wants freelance producers in AIR’s membership to consider WGBH as a place to pitch their stories.

Schardt also sees potential for building on the relationship. “It’s an opportunity for us to physically be in a space where we can collaborate with a station right here in Boston on an ongoing basis on some of our best practices and lessons we’ve got coming out of Localore,” Schardt said, referring to AIR’s initiative supporting partnerships between stations and independent producers.

One thought on “WGBH to open news desk at AIR headquarters”