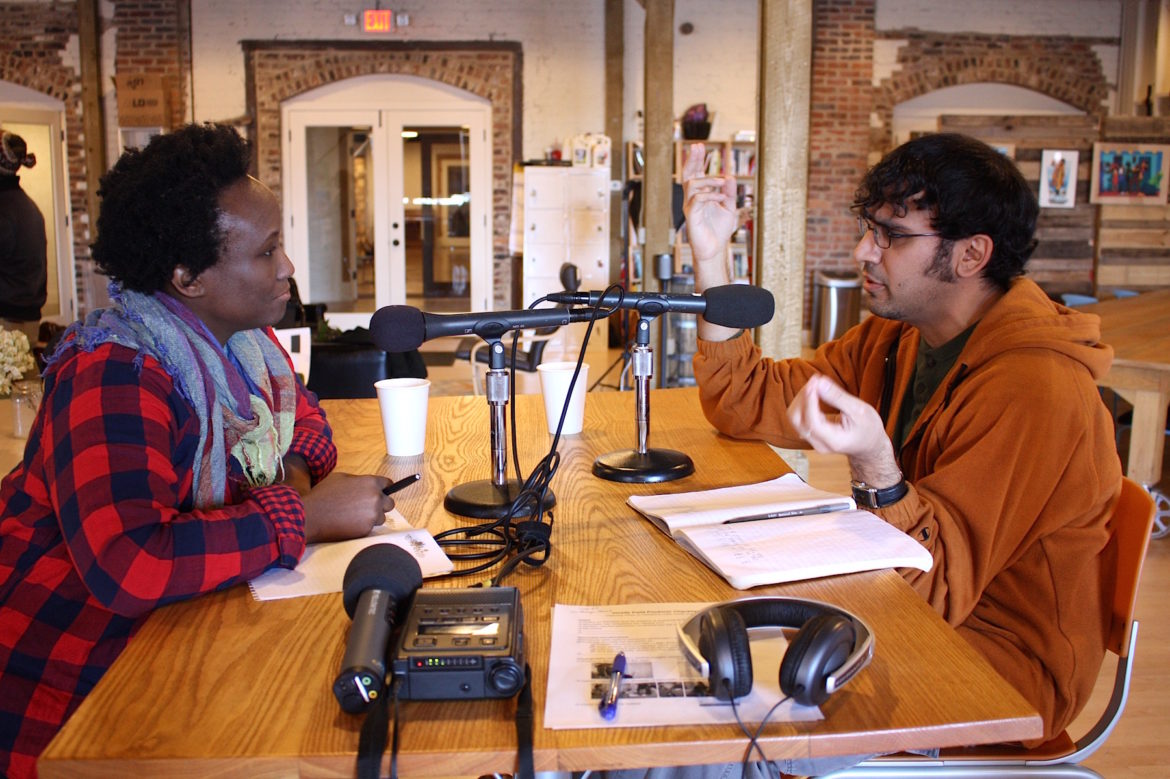 Nashville poet Ciona Rouse interviews Sergio Rodriguez during a staging of Poetry On Demand that gathered stories of people's "love life, loved one, or love of your life."

A new podcast from Nashville’s WPLN is turning stories shared at community events into poetry.

The seed for Versify was planted in September 2015 when The Porch, a Nashville writers collective, hosted a “Poetry on Demand” event at a neighborhood festival. Poets sat at a booth and invited attendees to tell them their stories. The poets then turned the stories into poems on the spot and read them back to the participants.

WPLN reporter Tony Gonzalez attended the event and thought the sound of the poets writing on typewriters would make for great audio. At this event, Gonzalez met Joshua Moore, a poet and the host and producer of Versify. As The Porch held more Poetry on Demand events, Moore thought the format could spawn a podcast, but other projects got in the way of making it happen.

That changed a year later when Public Radio Exchange began looking for stations to participate in Project Catapult, a CPB-supported initiative to help public radio stations to develop podcasts. The chance to participate spurred Moore and WPLN to get Versify off the ground.

Versify is inspired in part by the storytelling of programs and podcasts like StoryCorps, The Moth and Song Exploder. It has no set format, but each episode will feature both a person telling their story and a poet writing about that story, discussing their process and reflections on the anecdote. Both will talk about the experience and what resonated with them. Live, the process takes about an hour, but the podcast will whittle each story and poem down to about 15 to 20 minutes. 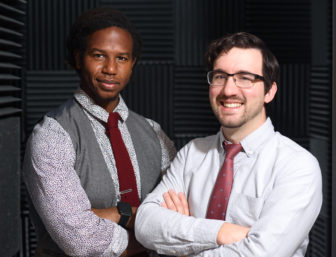 “We just don’t want to be called ‘the poetry podcast,’” Gonzalez said. “It’s not just poetry. There is story, there is the behind-the-scenes of what the poet thinks while they’re writing, and you also get to hear the poem at the end, or somewhere in the middle.”

It’s also more than a podcast, with Gonzalez and Moore working with the writers’ collective to make the Poetry on Demand events “amazing,” Gonzalez said. They’ve become a forum for WPLN’s outreach, helping the station reach communities that don’t listen to the station or feel disconnected from it. Versify is trying to tell stories from neighborhoods that aren’t always in the news or that lack access to the arts, particularly communities of color and the area’s large immigrant and refugee populations, Gonzalez said.

By gathering these stories, Versify aims to document a changing Nashville. A construction boom and growth in the city’s population and job market are going hand in hand with gentrification. “I think there’s a nice tension between the new and the old and how we celebrate the things we have while moving toward a fuller vision of the city,” Moore said.

WPLN has three other podcasts: Curious Nashville, which investigates listener questions; Neighbors, a series of profiles; and Movers & Thinkers, which focuses on innovative people in Nashville. Those podcasts are “top-notch,” Gonzalez said, but he and Moore applied to enter Versify in Project Catapult because they were excited about the podcast’s potential and felt the PRX project was geared toward shows that are new and different. 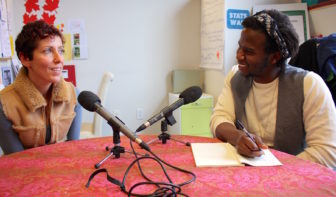 Moore interviews Viviana Luisano, who relocated from Italy to Nashville, during a staging of Poetry On Demand.

WPLN’s previous podcasting experience and dedication to working through podcasting challenges only helped their application, Gonzalez said. “We’ve learned some lessons on what works and what doesn’t work, but really we’re looking for more training and expertise before we launch the next one,” he said.

Project Catapult participants have been excited about the funny and emotional audio Versify has gathered from community members, Gonzalez said. At a 2015 event, Moore wrote “Learning to Fight,” a poem that turned the story of a Nashville pastor’s first fight as a child into verse.

“My father never taught us how to fight / Said the only thing that we should be fighting over was an education / And if we wanted to break spines we should crack open a book,” he wrote.

In the long term, Gonzalez said he sees Versify going beyond Nashville, either by visiting other cities or with different chapters set up across the country that bring the podcast’s approach to their communities.

Three episodes of Versify will be presented in early June at the Project Catapult showcase. The podcast’s first season will launch sometime afterward, with episodes airing every other week. Shorter versions of the podcast will air on WPLN-FM.

“Part of the mission is sort of demystifying poetry for people and making them feel like it’s something they have access to, and that is enjoyable and interesting,” Moore said. “And that their stories are worthy of it.”

Correction: An earlier version of this story misreported that the seed for Versify was planted at a book festival in October 2015. It came from a neighborhood festival in September 2015. Joshua Moore had the idea to turn the event into a podcast.