Public television leaders need to get up to speed fast on ATSC 3.0, the proposed new technical standard for digital TV transmission that the FCC will prioritize this year, according to Marc Hand, CEO of Public Media Co., a nonprofit consulting firm.

“It’s critical for public television to be engaged in this kind of planning process, because there may be key components of ATSC 3.0 that have both revenue and mission implications for public broadcasting that are important,” Hand said in an interview. PMC has proposed to assemble a working group of station executives to evaluate what services public TV could offer and how to finance them.

ATSC 3.0, which has been coined “Next Generation Television,” provides interactive capabilities as well as enhanced video and audio quality in over-the-air TV. Commercial broadcasters have embraced its adoption because of the high-tech business opportunities it offers to local stations. Last week, new FCC Chair Ajit Pai circulated draft rules for introducing the new standard on a voluntary basis. The commission will take up the proposal at its Feb. 23 meeting. 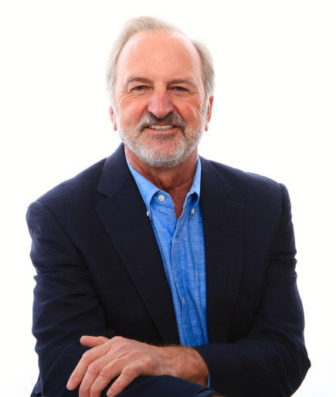 As Hand sees it, public broadcasters are at risk of being pre-empted by commercial interests if they don’t define and advocate for public media’s service and business models of ATSC 3.0.

For many commercial broadcasters, the new standard is vital to their future prosperity. It promises to open up potentially lucrative new targeted advertising and datacasting businesses.

Public broadcasters, who received federal assistance to convert to digital TV broadcasting, have been less enthusiastic about switching to an unproven new technology that seems to offer the largest payoffs to commercial stations, according to some observers.

“Radical changes in technology are intimidating and expensive, particularly when they don’t produce the additional advertising revenues the commercial guys see,” said John Crigler, an attorney with Garvey Schubert Barer, in an email.

Others view the situation differently.

Patrick Butler, America’s Public Television Stations president, said his member stations are “really quite intrigued by the prospect of ATSC 3.0 and are ready to embrace it when it’s going to be fully available.”

“Everybody in broadcasting is really quite enthusiastic about the prospects for ATSC 3.0,” Butler said, “and we’re just looking to fill in the blanks now.”

PMC, which helped public radio stations plan and finance signal expansions in its earlier incarnation as Public Radio Capital, has expanded its role to assist public television stations with decisions they face following completion of the FCC’s spectrum auction and expected approval of ATSC 3.0 rollout. PMC proposes to help stations figure out what new services that they may be able to offer and how to pay for them, Hand said.

Last year PMC hosted a series of regional meetings with station executives and other public TV leaders to discuss the technology’s capabilities and opportunities for public service and new revenues.

Many broadcasters see ATSC 3.0 as a game-changer. It will allow them to offer more channels of higher-quality video and audio streams and make it easier to reach viewers in their homes over the air — especially the cord-cutters who are moving to streaming on-demand video services. It also allows broadcasters to provide new interactive data services to homes and mobile receivers, including tablets and smartphones.

Potential new services enabled by ATSC 3.0 include charging viewers for “skinny bundles” of public TV programs, and providing subscription-based on-demand educational content to schools, for example. The technology also offers many options for improving media access for viewers with disabilities. Interactive features such as games, surveys and donate buttons can be embedded in television programming.

Stations also could use the new ATSC 3.0 technology to deliver emergency alerts to televisions and portable devices, geo-targeting the messages to specific locations. In addition, stations could lease their excess spectrum to commercial broadcasters and others for datacasting.

“Everybody in broadcasting is really quite enthusiastic about the prospects for ATSC 3.0, and we’re just looking to fill in the blanks now.” — Pat Butler, APTS

Those who opt to delay the move to ATSC 3.0 could earn money as “lighthouse” stations, rebroadcasting the ATSC 1.0 signals of early-adopter stations in their markets.

The FCC is expected to require broadcasters to continue providing ATSC 1.0 signals to local viewers during the transition period. Because the current standard is incompatible with ATSC 3.0 technology, late-adopter stations may be able to enter channel-sharing agreements with those that make the switch, “hosting” their content on their existing bandwidth, according to the report.

PMC also proposes to lead a working group that would evaluate and plan specific service possibilities, focusing on expanded delivery of linear content, for example, ancillary revenues or lighthouse broadcasting.

In the report, PMC also said it is working to develop financing and capital-leasing programs that would help public TV stations fund purchases of ATSC 3.0 conversion equipment.

Hand hopes to bring together as many as 30 PTV station clients for the working group and aims to develop models and plans by year’s end.

Hand said PMC hasn’t yet determined how much it will charge stations to participate, but he expects the fees will vary according to station size.

“We want to make sure that we have got a good representative group of stations within the system, and not just the larger stations,” Hand said.

TV broadcasting groups in Washington, D.C., have been working to get the ATSC 3.0 ball rolling at the FCC. A coalition including APTS and the National Association of Broadcasters asked the commission last April to issue a rulemaking that would clear the way for their members to voluntarily start transmitting in ATSC 3.0.

Chair Pai released a draft notice of the proposed rule-making Thursday, setting in motion a process that he expects to wrap up by the end of the year.

In an op-ed for Broadcasting & Cable, published the same day, he wrote: “My view is simple: As in any industry, the FCC should promote innovation in the broadcasting business, not stand in the way of progress.”

The FCC has not yet responded to the industry’s petition for a rule-making, a process that includes windows for accepting public comment before final adoption of regulations.

Hand points to Pai’s ascension to the chairmanship as a key reason for public TV to start seriously planning for ATSC 3.0. Republican Ajit Pai, an enthusiastic supporter of the proposed standard, took over as the Trump administration’s agency chairman late last month. 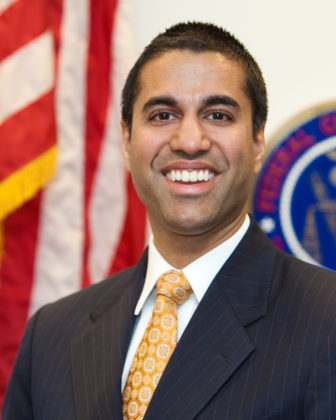 Last fall Pai told members of the Senate Commerce Committee that “there is no dispute that the next-generation broadcast standard will allow broadcasters to provide better service to the American people,” according to the text of his testimony.

“I believe that it is important for the Commission to act with dispatch,” Pai added.

The channel-repacking stage of the television spectrum auction, when the FCC will require more than 1,000 commercial and public TV stations to move to new channel assignments, could also drive the timeline for ATSC 3.0, according to Hand.

The commission is expected to begin clearing TV channels later this year for the wireless operators who acquire broadcast spectrum during the incentive auction. That whole process could be more efficient and economical for broadcasters if it is aligned with the introduction of ATSC 3.0. Early adopters could install the equipment needed to broadcast the next-generation signals at the same time they switch channels.

A 2015 study by Pearl TV, a coalition of commercial broadcasters that has studied the business opportunities presented by ATSC 3.0 and other new technologies, said adoption of the new standard could eventually generate $12 billion to $20 billion in new revenues for commercial broadcasters. Anne Schelle, Pearl’s managing director, confirmed the projection in an email.

“The revenue numbers assumed a full transition without taking into account time to build and other factors that would be determined by the outcome of the auctions,” Schelle said in her email.

“We certainly support Public Media Company’s efforts to help stations with the financing that’s required for the adoption of ATSC 3.0 and for the other expertise they may bring to this enterprise,” said APTS’s Butler, in an interview. “We appreciate what others are doing in this field as well, and we’re doing quite a lot on this station education initiative ourselves.”