Rhode Island Public Radio will expand its reach within the state and into southeastern Massachusetts with the acquisition of a signal from the University of Massachusetts at Dartmouth.

RIPR now broadcasts on three frequencies in its state. The purchase of the university’s 89.3 FM, announced Wednesday, will nearly double the network’s coverage area and fill gaps among its existing signals (see map, below). At 9,800 watts, the new signal will be RIPR’s most powerful frequency.

“There have been several attempts over the years to try to improve this problem, so this is an answer to that,” said RIPR CEO Torey Malatia. The addition of the new signal will also strengthen RIPR’s coverage in Providence.

RIPR will pay $1.5 million in cash for the license for 89.3 FM, which now airs an eclectic mix of music and public affairs programmed by students and community members. The Rhode Island broadcaster will provide UMass Dartmouth with $617,000 in in-kind advertising on the network over the next ten years.

RIPR will move the transmitter for 89.3 FM from its current location in North Dartmouth, Mass., to Tiverton, R.I. The move is expected to cost just under $1 million, according to Malatia.

As part of the deal, RIPR will partner with UMass Dartmouth’s journalism and public policy centers to report on the southern coast of Massachusetts, according to Malatia. RIPR will assist the university in moving WUMD to a digital-only broadcast. It will also provide internship opportunities and partner on academic and community initiatives.

Meanwhile, UMass Dartmouth will use proceeds from the sale to fund scholarships and modernize WUMD’s studio facilities. “This is a win-win-win for UMass Dartmouth, Rhode Island Public Radio, and the communities we all serve,” said UMass Dartmouth interim Chancellor Peyton R. Helm in a press release.

The deal is pending FCC approval. Malatia said he expects RIPR will begin using 89.3 FM later this year or in early 2018. 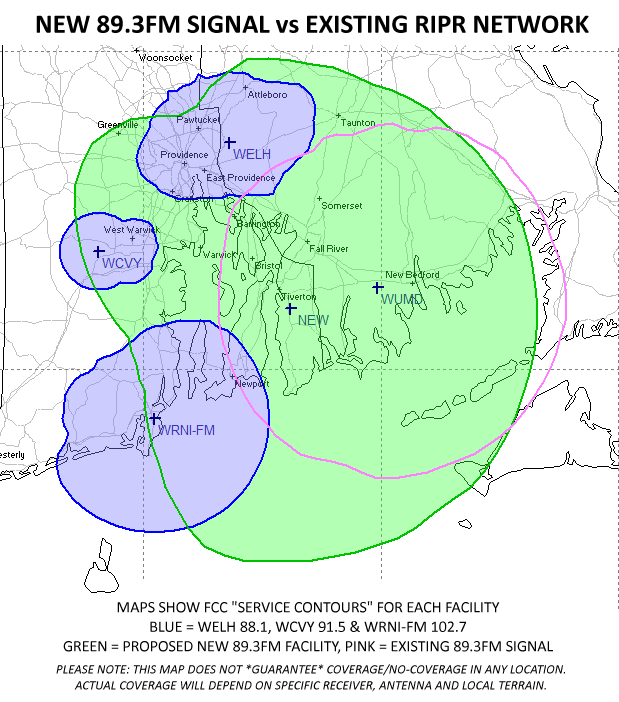