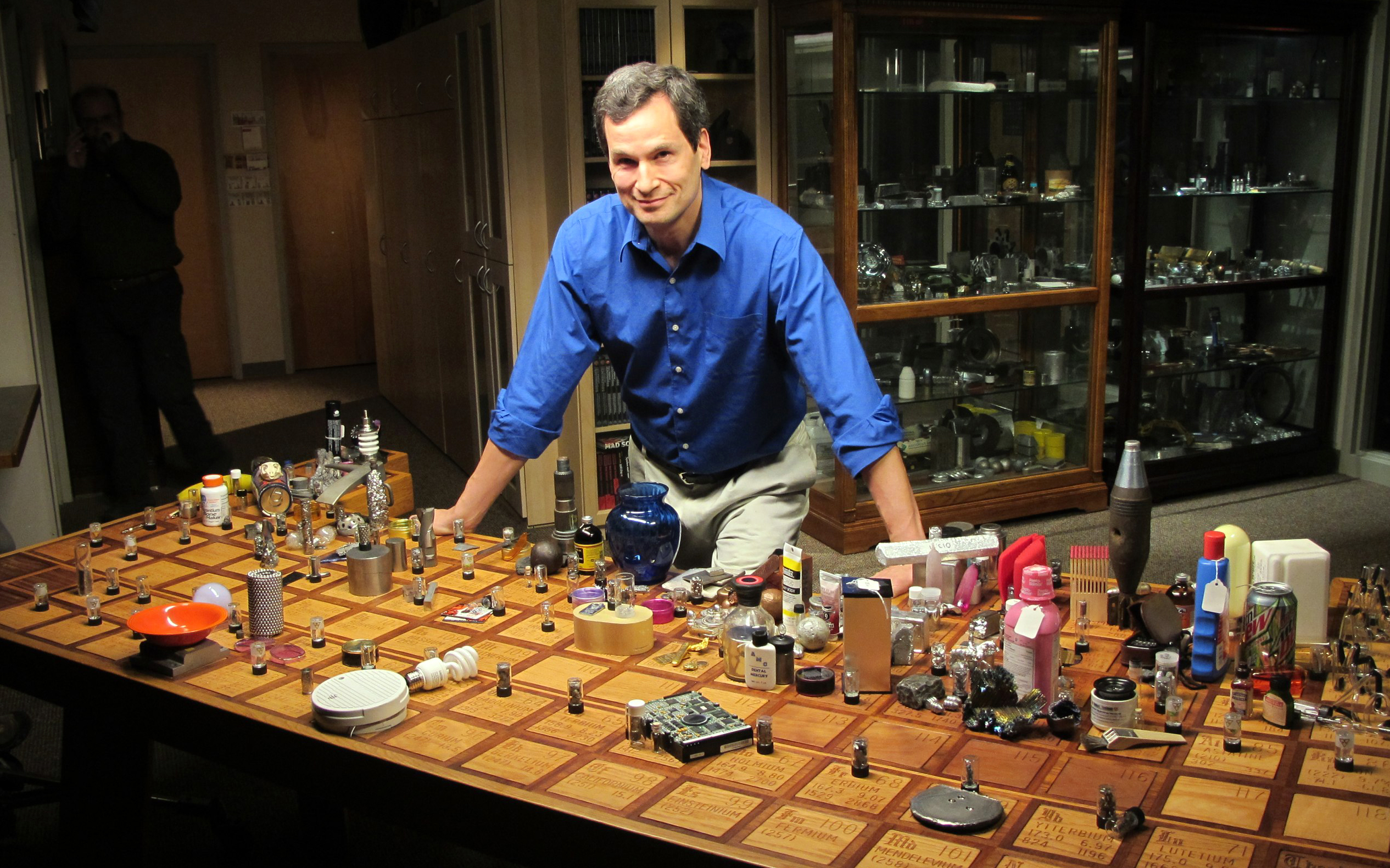 With backing from Kickstarter fans, David Pogue will host Nova’s “Beyond the Elements.” (Photo: WGBH/Nova)

Nearly five years ago, science writer and tech guru David Pogue took more than 10 million PBS viewers on an energetic tour of the Periodic Table in the two-hour Nova special Hunting the Elements.

Now, producers of PBS’s signature science series hope to build on that energy as they launch an ambitious Kickstarter campaign to produce a sequel. Beyond the Elements, a two-hour documentary and cross-platform project, focuses on how molecules make up the known universe.

The campaign, called “Join Nova: Make Science For All,” seeks to raise at least $1 million — and up to $2.25 million — to produce the show and bring it into classrooms throughout the United States.

“Nova has always appealed to those who are passionate about stories of scientific discovery and human ingenuity,” said Paula Apsell, EP at producing station WGBH, Boston. “Now, it seems fitting that Nova should be the force that brings these people together to share their passion … and to help those stories reach and inspire a wider population.”

“What really excites us is the ability to team up directly with Nova fans and science lovers,” he said. “We know that Nova is beloved by generations of viewers, students and teachers and watched by millions of Americans every week. Now, we’re really excited to offer them the chance to get more involved in Nova’s mission to help make science more inspiring, more engaging, to everyone.”

The campaign launches today and is set to run through March 3. It aims far beyond the $1 million required to produce the documentary. “Stretch goals” described on the campaign website, include:

The goals are “incredibly ambitious” but not unprecedented, said Elizabeth Cook, Kickstarter’s director of documentaries. Previous campaigns for media projects, including an interactive reinvention of the former PBS series Reading Rainbow and a Netflix-produced revival of Mystery Science Theater, raised more than $5 million each, she said.

“I feel confident about the team behind this,” Cook said. Because Nova has aired on PBS for more than 40 years, it has the potential to draw support from a wide range of viewers, she added.

Pogue’s popularity as host of Hunting the Elements and other Nova specials will likely also attract supporters, Apsell said.

“David is a great supporter of having a substantial amount of science content,” she said. “He’s not ever one for dumbing down anything. In addition to being extremely smart and passionate about science, he has a goofy sense of humor. I’m always bursting out laughing from things David does and says. I’m a great fan.”

Apsell added that she’s enthused about bringing viewers the stories of both natural molecules, such as food and fabric, and newer molecules that are engineered atom-by-atom, including medicines and modern materials.

The idea of using Kickstarter to fund the production prompted “a huge amount of discussion” at WGBH, Bredar said. But during the planning process he realized that the model would work well with public television’s grassroots fundraising through local stations.

“There was a huge amount of support” for the idea from WGBH staff, he said. “The thing that’s most intriguing to me is that it is all about building the community of fans.” Previous Kickstarter campaigns have been able to tap into a broad demographic of fans and contributors. He sees Nova’s first crowdfunder as “a good way to expand and enhance our base of supporters.”

The Kickstarter campaign is WGBH’s most ambitious attempt at crowdfunding, Bredar said, but it isn’t the first. American Experience, the PBS history series produced at WGBH, used Indiegogo to raise funds to collect and preserve stories of Vietnamese-American immigrants and Vietnam veterans in conjunction with its documentary Last Days in Vietnam.

Nova will rely on local stations, PBS.org and social media platforms to garner support for the campaign, Apsell said. Potential contributors can “opt in for us to connect them to their local stations,” if they prefer to donate that way, she added. “We are completely in lockstep with our local stations. And one of the main benefits is they get the program.”

“The world of fundraising is evolving and changing. We have to evolve and change with it.” — Paula Apsell

Because of the campaign’s size, Kickstarter recommended a consultant to help WGBH and Nova navigate the process, Cook said, acknowledging that the fundraising campaign doesn’t come free. Kickstarter charges a flat 5 percent fee for all campaigns, plus payment processing fees ranging from 3 to 5 percent. If a campaign doesn’t reach its minimum goal, no funds are collected and the campaign is closed.

While WGBH hopes that the Kickstarter campaign provides most of the funding for the production and educational outreach, support from more traditional sources will also be available, Bredar said, explaining that he can’t provide specifics about that yet.

For Apsell, using Kickstarter is simply a new way of bringing Nova’s programming to viewers both old and new.

“The world of fundraising is evolving and changing,” she said. “We have to evolve and change with it.”

Correction: An earlier version of this story misreported $1 million as the final stretch goal to reach the campaign total of $2.25 million. It is $750,000.