We asked for help answering a reader’s question about how to get started in public radio, and readers offered thoughtful and detailed advice — some at length. Here are three letters with tips for our job-seeker.

Eleanor Klibanoff, a reporter for WPSU in State College, Penn., says there’s no “resume fairy dust” to get from working at a small station. 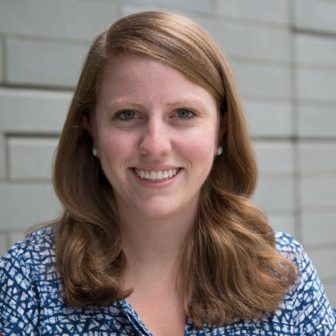 I love this question. It’s one I think about a lot and debate and discuss with other young radioheads like myself. Sorry for the novel. Feel free to TLDR as you wish.

I was at NPR as a Kroc Fellow and considered staying to be a temp producer. (Which is an awesome option many of my peers have happily and successfully pursued.) But what I personally wanted to do was find and tell cool stories as a reporter. So I took a job at a small station in a college town in rural Pennsylvania, as part of an LJC [Local Journalism Center] project. I’ve found and told cool stories as a reporter that I never would have found or told if I’d stayed in DC. I’ve met people that I never would have met if I’d stayed in a big city. Especially during this election season, I’ve exponentially expanded my understanding of who lives in this country and what they’re experiencing. That’s knowledge that I didn’t have a year and a half ago, which has given me such a better sense of the world around me. So that’s a life skills gain.

There are perks to being a reporter at a small station. When Jerry Sandusky was in court recently, I was the reporter covering the story for national. (One guess as to which small college town I’m in.) When political candidates come to town, I’m there. You can get a lot of good clips covering a lot of interesting stuff that hasn’t been covered yet.

I also advise this young reporter to consider the multitude of opportunities out there. I report for an LJC, which means I cover a specific beat, my stories air statewide and I work with reporters at stations in bigger markets. I’m not a solo reporter in a cornfield holding a Marantz up to some cows, and you don’t have to be in order to have a career in public radio. You can make opportunities at a small station — work within an RJC[Regional Journalism Center]/LJC network, pitch stories to national outlets, collaborate with neighboring markets.

There’s no resume fairy dust that comes from working at a small station. It’s the same calculation you’d make before taking any job: Can I do what I want to do and have the experiences I want to have? Is this a place I’d like to live, or where the great work experience makes it a place I’m willing to live? Will I get the editing, training and personal attention a young reporter can benefit from?

Maybe you can find all of that in New York or DC or Buenos Aires. Maybe you can find it in rural Oklahoma. Maybe you’ll decide to trade lifestyle for career goals for right now. Or maybe you’ll decide to make the opposite calculation, again, for right now. Both are fine. Neither is wrong. The only way to really mess this up is to go into PR. Don’t go into PR.

First, thank you so much for your interest! You are the future of public media. I won’t blame you if you get discouraged, but I hope you don’t. Public media, public radio specifically, has been stable (and even grown a bit) while other heritage media has been in freefall. We also know we need a lot more journalists at the local level to move into the “essential local institution” category we know we need to be in as listeners eventually migrate toward being in direct relationship with the national programming we’ve relied on. While positions aren’t being created quite as fast as we’d like, employment is stable and even rising slightly.

Unfortunately, there’s no easy answer to your question. Public media is a decentralized system, and as much as we talk about it, there simply isn’t a coordinated effort to identify, guide and connect qualified new people like you who want to work in public media with the opportunities (you’d be surprised how many conversations I have with employers who say “We just can’t find anyone”). 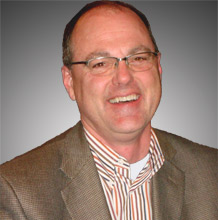 This issue of where to start and the opaque path isn’t new. All of us who work in public media were where you are now as we started our careers.

As to where the jobs are, one hopeful place is right there in New York City, which is the epicenter of the new podcast surge. A longtime leader in podcasting, who has his own business in the space, told me a few months ago that with places like Audible and Midroll snapping up people from the freelance and public media world, he can’t find anyone to pay $75 per hour to work on his projects.

The podcast surge has also created movement across public media — for every executive and/or maker hired away from a public media entity, that creates a position that either is an immediate opportunity for someone like you or that will roll down to pretty good entry-level work that you might be interested in and qualified for.

As far as your concern about where your job might be, most of the growth in revenue and therefore in positions are in the largest stations in the largest markets. But I believe those stations have trouble with getting qualified entry-level staff because of challenges between what they can afford to pay for entry-level work and the higher cost of living in those places, which can severely limit their pools.

It’s funny, though, that you mention Oklahoma. We just finished the GM search at KGOU in Norman, which is on the outskirts of Oklahoma City. The staff there is doing great work, is young and energized and having lots of fun, and they love Oklahoma City, which has become an extremely cool place in the past few years (and it is very affordable, too!).

Because there is no coordinated activity in our decentralized system to match new, excited professionals like you to the opportunities out in the public media world, there are no easy answers to where that great first job is. On the other hand, our system is very network-friendly. It is small and connected, and our colleagues tend to be helpful and friendly themselves, united behind the common mission we all have. For many of us, our memory of being exactly where you are also motivates us to lend a hand where we can.

Start talking to people, including right there at WNYC. What you are asking for is for them to tell you their story (that will get them opened up) and where they think the opportunities might be and who else to get advice from across public radio. Like the saying about six degrees of separation, in public media there are probably three degrees of separation. If you get rebuffed or ignored, keep trying.

Three last tips if you aren’t already doing these:

Working in a two-person newsroom, Travis Bubenik, host/reporter with Marfa Public Radio in Texas, advises, “Don’t be too quick to dismiss ‘nowhere.’” 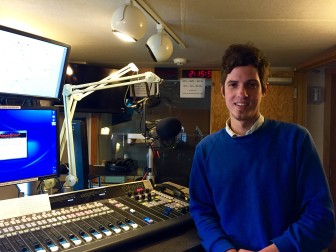 So, I can’t really say whether you “have” to start in the middle of nowhere to be successful, but I did it and have loved it, so here’s what I’ll say.

Don’t be too quick to dismiss “nowhere,” because being a big fish in a small pond can be a really valuable way to learn and grow your skills fast. Again, I can’t speak for the experiences of folks who started at bigger organizations, but my experience at small, 1-2 person newsrooms since I started just a few years ago has been a constant learning and growing experience. Like every day. You get thrown to the wolves, sure, but that makes you really self-reliant, flexible, able to overcome a lack of resources/time/etc. with ease. Also, smaller stations = creative freedom! And usually a bigger voice at the creative table.

Also, doing good journalism in a “nowhere” place feels really consistently valuable and important, which is pretty rewarding when you’re so young. It’s like, “Really? I’m just out of college and making this actual impact in the world around me?” That’s rad.