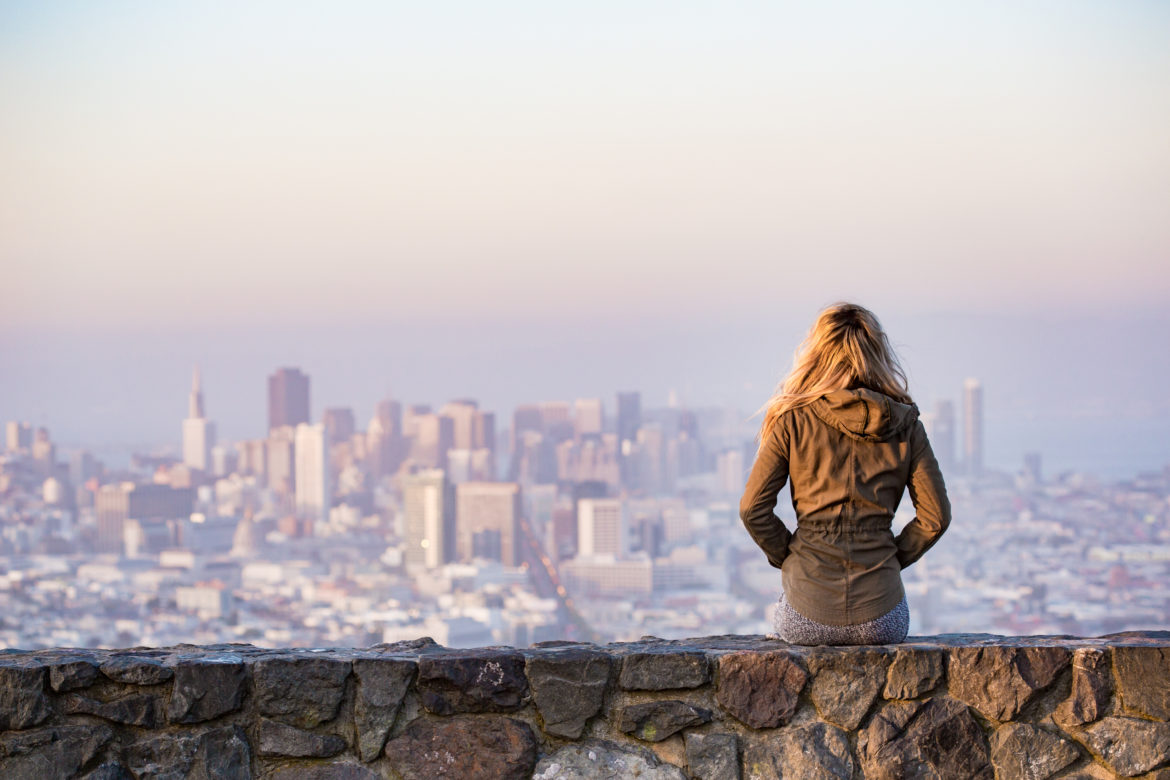 Eliza Lambert, 21, will soon graduate from New York University and start a career in public radio. But where?

“This question plagues me more and more as my January graduation approaches,” Lambert told Current.

As stations and networks add podcasts and audio storytelling grows in popularity, some say public radio is brimming with opportunities. In January 2015, the latest year of data available from CPB, the number of public media’s total part- and full-time employees hit a five-year peak of 19,560 after a slight dip in 2014. Public radio jobs grew steadily over the five-year period, from 8,006 in 2011 to 8,574 in 2015.

“Public media, public radio specifically, has been stable (and even grown a bit) while other heritage media has been in freefall,” Tom Livingston, founder and c.e.o. of public media job-search firm Livingston Associates, wrote in a letter to Eliza. “While positions aren’t being created quite as fast as we’d like, employment is stable and even rising slightly.” 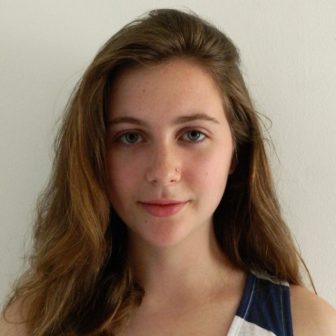 Lambert wants to start on the right track: “As a soon-to-be college grad, do I really have to start in the middle of nowhere to eventually get into the big-league public radio game?” she asked as part of our Currently Curious series.

After we shared Lambert’s question with readers, she found no shortage of advice. We reached out to recruiters, our audience and professionals at different stages of their careers.

Based on what I’ve heard, the short answer is that Lambert should do two things: identify the skills she needs to develop, and focus on opportunity before location. The long answer is more complicated.

What to consider when starting out

Lambert told Current that she’s been advised to start in a small market. But no new graduate has to start in a small or remote town to gain experience, said Deanna Mackey, president and executive director of the Public Television Major Market Group and co-founder of Public Media Women in Leadership, a mentorship program addressing gender inequality in public broadcasting’s executive ranks. Mackey advised, however, that Lambert be realistic about the pros and cons of jobs in different locations. 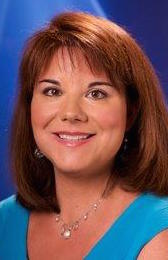 For example, positions among larger teams tend to be more narrowly defined, and a new employee might get siloed into a particular area more quickly. In that case, the employee should seek out experiences to round out her skills, Mackey said.

On the other hand, many staffers at smaller stations learn how to do everything. As she decides where her next job will be, Lambert should consider, “Who are you as a person? What do you want to be doing right now?” Mackey said. “Do you want the more narrow role that you go deeper into, or do you want a role where you get to try a lot of different things, learn more broadly?”

At WGCU in Fort Myers, Fla., the six-person staff allows employees to get their fingers, ears and mouths involved in everything at the station, said News Director Amy Tardif. They host, report, post to the station’s website, host and produce talk shows, and more.

Some people can start at large stations and do well, Tardif said, but they might be missing out on opportunities. Learning many things at a small station can lead to more job options and offer a chance to discover one’s strengths, Tardif said. 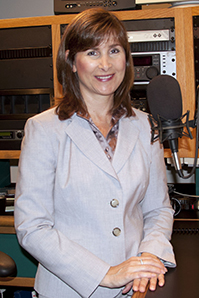 “What if [Lambert’s] just a really excellent host or something, but she never gets a chance to try?” Tardif said. “What if she has this amazing voice and doesn’t get to find out because she wanted to be in the big place?”

And with the opportunity to develop one’s talents, smaller markets can be training grounds for larger stations. “I hear [a] voice and say, ‘Yup, you need to be hosting,’ and then they always leave me, and go somewhere else,” Tardif said. “But that’s OK, because that’s what it’s all about.”

Lambert should also scrutinize her portfolio for gaps in her skills to help determine the type of station she should seek out, said Suzanne Marmion, director of news and editorial strategy at KPBS in San Diego. Maybe she needs to become a better interviewer, experience she could gain by being a behind-the-scenes producer at a larger station. But she might consider smaller markets if she wants to burnish her writing skills.

“Eliza needs to look at her own skill set right now and think, ‘What do I need to learn to get started?’” Marmion said.

When 22-year-old Avory Brookins graduated from Temple University in May, she wanted to live in a city where she could walk to work or to the grocery store. But she wasn’t wedded to any particular region of the country.

That said, having grown up in and around Philadelphia, she knew some regions define “city” differently. “They consider Madison, Wisconsin as a city; I don’t know if I would go that far,” Brookins said. “I’m used to Philly. A city to me is a million people, and really busy and tall buildings. Madison doesn’t have any of that really.” 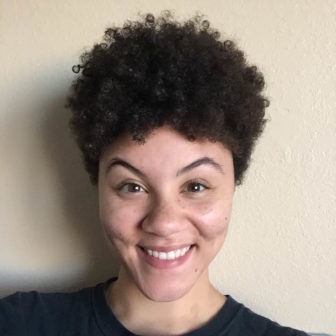 Brookins was offered a steady freelance position in Philadelphia with WHYY’s The Pulse, a show she interned for as a college junior. She loved the opportunity for telling stories creatively. But Brookins also applied for short-term training opportunities for recent graduates, and was offered a 10-month fellowship with Wisconsin Public Radio. After much deliberating, she decided the fellowship was a better fit because it would provide personal coaching and help her learn how to turn around daily stories.

But as a general assignment reporter, every day is different. “The days when it’s good, it’s really good,” Brookins said. She feels especially rewarded by the opportunity to report on race and gender issues.

Ultimately, she said, new grads should weigh their options. “If I didn’t get any kind of fellowship, then that steady freelance opportunity in Philly would have been the best opportunity for me,” Brookins said. 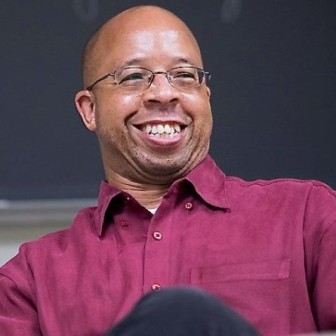 Newcomers to public radio who have moved on to higher-level positions have knocked around and weren’t snobs about their location, said Doug Mitchell, founder and leader of NPR’s Next Generation Radio, a series of radio journalism trainings for college students.

“You can get lucky and leap to large cities, but for the most part, it’s about the work, not about the location, and I think that’s a mistake people make,” added Mitchell.

Most of the growth in revenue and staffing is taking place at the biggest stations in the largest markets, according to Tom Livingston. “But I believe those stations have trouble with getting qualified entry-level staff because of challenges between what they can afford to pay for entry-level work and the higher cost of living in those places, which can severely limit their pools,” Livingston wrote.

Lambert told Current that she’s been advised to start small, as in rural Oklahoma. “No offense to the state,” she said, but Lambert would prefer to start her career in New York City.

Job-seekers can find a range of opportunities between New York City and rural Oklahoma and shouldn’t be beholden to a handful of cities, Mitchell said. “And it makes me wonder, what is it about you and your cultural biases that has it so that you can only be in New York?” he asks.

Besides, “it’s not wise to insult places. You never know who’s from where,” said Mitchell — who hails from Oklahoma.

Fortunately for Lambert, Mitchell says getting into public radio these days is easy.

“I also think those under 30, and I think specifically even under 25, are very excited to come into the industry, get impatient, and think about leaving after two years,” Mitchell said. “That’s a major problem. Getting started has never been easier. I think staying in is the harder one.”

What’s next for Lambert?

Since our initial post, Lambert has connected with people in public radio and learned of opportunities at small and medium-sized stations.

“As you know, these areas are often overlooked or bunched together,” Lambert told Current. “My ‘middle of nowhere’ colloquialism, for example.”

After graduation, Lambert has decided to stick to her original plan of staying in New York City, at least temporarily.

“Deciding to stay in NYC took some time. But my community is here,” Lambert said. “Also, I want to take a chance on myself in this highly competitive environment and see what happens. I’m excited by all the opportunities offered here, and I think I would be remiss not to give it a go. I don’t want to be wondering ‘what if’ in the future, you know?”

So she’ll search for a steady gig and try to support herself freelancing. If that doesn’t work, “I’ll see what else is out there,” she said. “It’s a steep learning curve, but I’ve been heartened by how many people say they’ve been where I am now.”