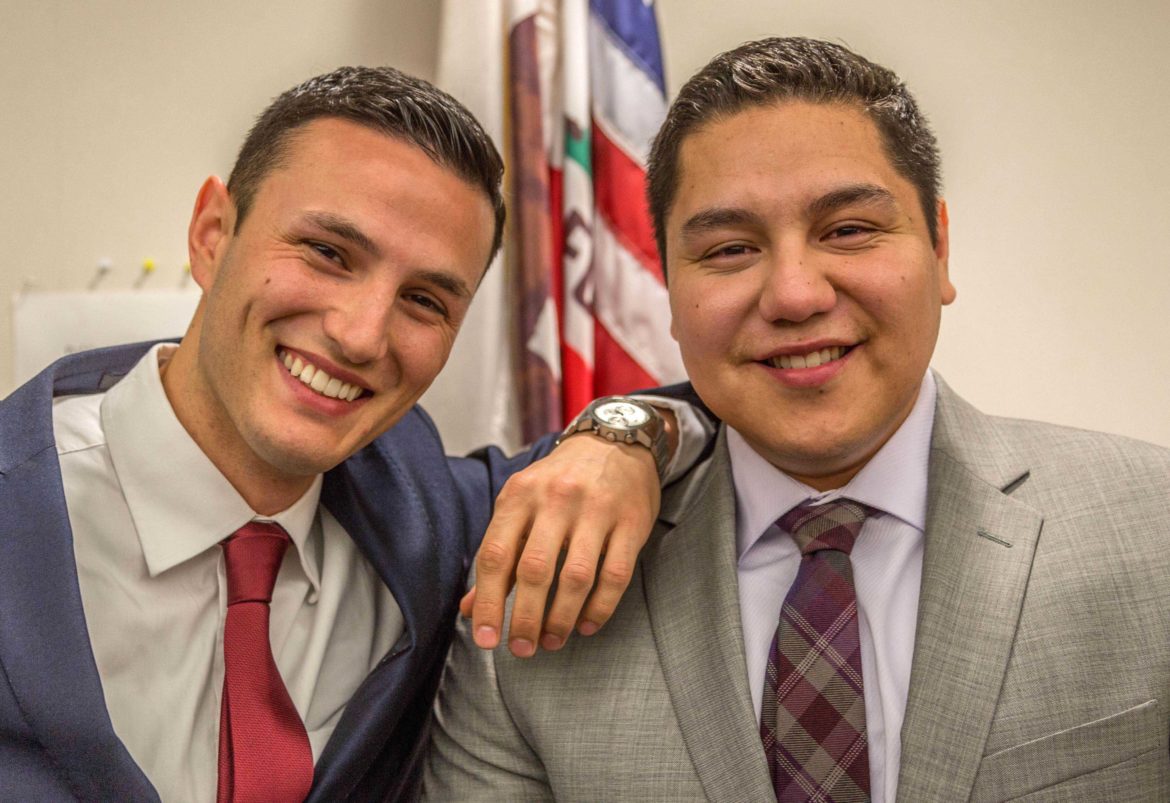 A series of short films for public TV shares the stories of young immigrants who have been given temporary relief from the fear of being deported.

My American Dreams focuses on undocumented young people who have benefited from the Deferred Action for Childhood Arrivals law. In 2012, DACA began allowing undocumented immigrants who arrived prior to June 2007 and their 16th birthday to be exempt from deportation and to apply for driver’s licenses and work permits. DACA status must be renewed every two years.

The films are presented by presented by KRCB in Santa Rosa, Calif., and produced by the My American Dreams Foundation, which works with local immigration advocacy groups to educate North Bay communities about DACA and other issues affecting undocumented immigrants.

Founder Christopher Kerosky, who practices immigration law in the Bay Area and serves on the board of the Human Rights Commission in Sonoma County, Calif., said he was inspired by the law’s impact.

“There are people all around us that are in this limbo because of our immigration laws,” Kerosky said. “This film series just tries to give people a window into what their life is like and how this important law has changed their lives and contributed more to our society.”

Though the pieces aren’t political, they do bring light to an issue at the height of this year’s election cycle.

“This is not a political effort,” Kerosky said. “But we believe it’s really important for the average American to know a little more of the story behind undocumented immigration.”

KRCB began distributing the videos to PBS stations in July, and they’re also on YouTube. The longest videos are 3 to 5 minutes. Each video is provided in 30- and 90-second versions as well as full length.

Nine stations will air the films, according to KRCB, and others may have downloaded some of them.

Classmates and friends for over 20 years, Diego Jimenez and Giovanni Albertolli are both children of immigrant families, but the disparity in their legal status makes a big difference in their day-to-day lives. (Photo: Rhian Miller/My American Dreams)

The videos give insight into the lives of the youth before they gained legal status, as well as the changes DACA has brought. In one piece, a young man named Diego shared his story of life before and after DACA approval.

Diego had never been able to leave the state, but when his temporary status was approved, he and his best friend Giovanni drove cross-country to watch Diego’s U.S.-born brother graduate from Harvard. Giovanni, a U.S. citizen, also appears in the video.

All of the interstitials feature someone who is close to or intimately familiar with the young person profiled. “When I started these … it immediately became clear to me there needed to be not just the voice of the young person themselves, but that they needed to have someone else from the larger community talking about them,” said Rhian Miller, producer of the films.

Miller is known for co-founding The Working Group, which created the Not In Our Town documentary that grew into a nationwide movement against bullying. She has left The Working Group and is producing documentary films independently. Working on My American Dreams has been “a wonderful experience,” she said, because the project has allowed her to experiment with new filmmaking styles.

Miller said she hopes the interstitials, which are expected to be pieced together into a 30-minute program early next year, will make viewers consider the roles undocumented immigrants play in society and the challenges they face.

“You may know them, but you may not know what their struggles are,” Miller said. “So the very, very brave ones who have decided to let us tell their stories are giving all of us an opportunity to understand what it’s like for them as young people to have lived under the circumstances of not having certain privileges.”

Miller said that because the videos could draw national and even global attention, it was difficult to find young people who were willing to participate. Though they may not be living in fear of deportation, their family members might still be in the country illegally.

KRCB also serves as fiscal agent for My American Dreams, accepting donations on behalf of the foundation.