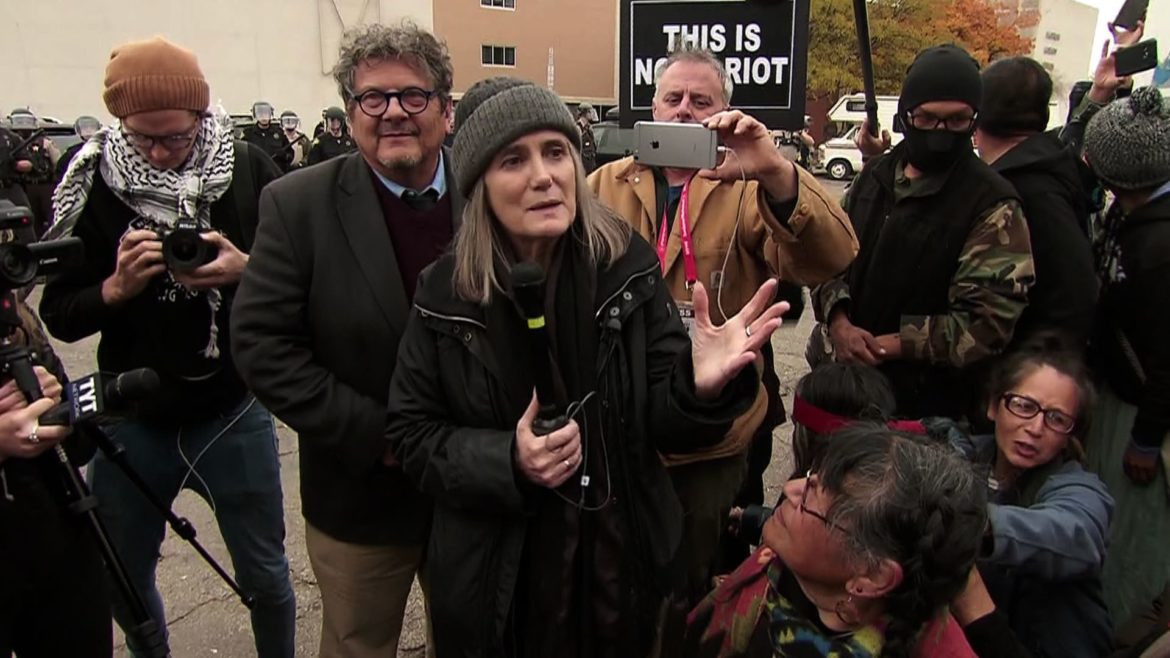 A North Dakota judge has dismissed a criminal charge brought by the state against Democracy Now! host Amy Goodman.

Goodman appeared in North Dakota Monday to surrender to authorities after she was charged Sept. 3 in Morton County, N.D., with a criminal trespassing misdemeanor. A state prosecutor had dropped that charge Friday to pursue a riot charge against Goodman, which a judge dismissed Monday.

Authorities are still investigating the case, and additional charges against Goodman and several others are “under further review,” according to the Morton County sheriff’s department.

“After consulting with the Morton County States Attorney, I am assured charges are being considered against these individuals,”  Morton County Sheriff Kyle Kirchmeier said in a release. “Let me make this perfectly clear, if you trespass on private property, you will be arrested.”

If convicted of the riot charge, a class B misdemeanor, Goodman would have faced a maximum of 30 days imprisonment and a $1,500 fine. The state’s prosecutor told the Bismarck Tribune that he considered Goodman a protester and not a journalist.

Goldberg, whose clients include the American Society of News Editors and the Association of Alternative Newsmedia, said it’s worrisome when prosecutors and judges try to decide whether someone is a journalist. “That’s what appeared to happen here,” Goldberg said. By considering Goodman a protester and not a journalist, the prosecutor took a position possibly based on a viewpoint that Goodman showed implicit bias or was advocating for a particular side, he said.

“It’s ironic in a way because that’s what so many journalists are being accused of all the time,” Goldberg said, adding that, “I feel as though, if nothing else, there was a strong rebuke of this prosecutor by the judge.”

Democracy Now! is broadcast on 47 NPR stations and 66 PBS stations and channels across 35 networks, according to the show.

Virgil Taken Alive of KLND in Little Eagle, S.D., said national media coverage of the Dakota Access Pipeline has been “horrendous,” although reporting by Lawrence O’Donnell of MSNBC and Goodman stood out for accurately portraying the positions of those organizing the protest.

Taken Alive reported extensively on the Dakota Access Pipeline this summer, but hasn’t returned to the site for at least two weeks, he said. During the first few weeks, the protests were “powerful” because “various relatives” came from across the continent and brought prayers with them. But the environment became gossipy and physically dangerous. People were confronting the police and often getting arrested. “I had to leave,” he said.

“Government does as the money says, and I truly don’t appreciate that,” Taken Alive said.