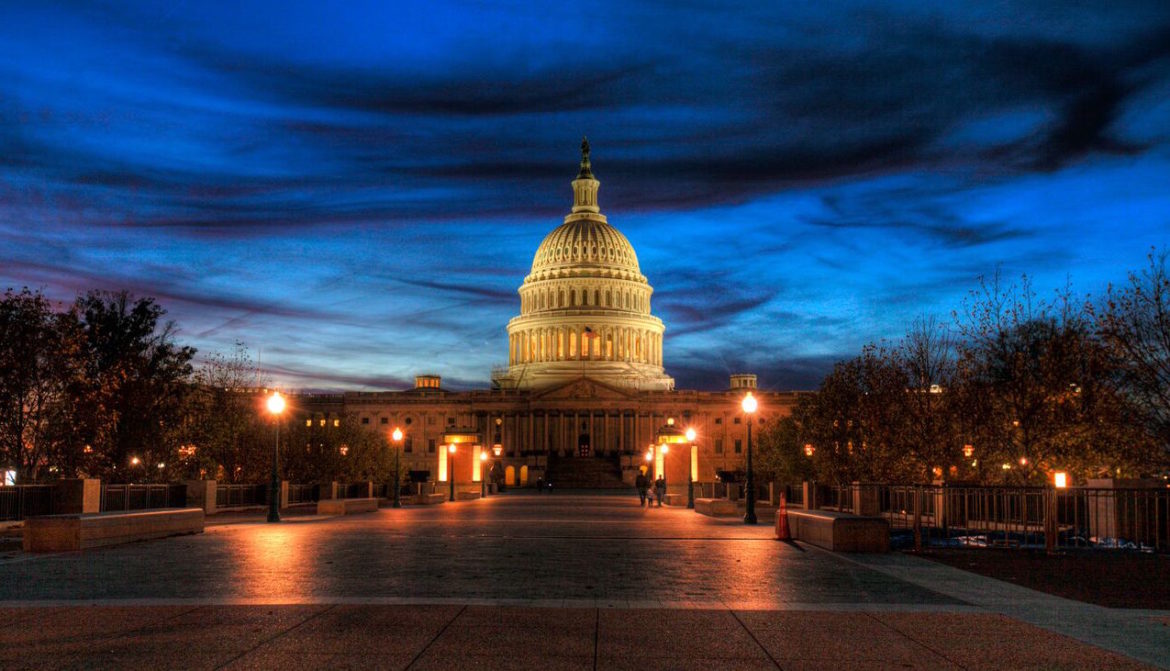 Photo Caption:  Days before the inauguration of the 45th American president in January 2017, FRONTLINE will premiere Divided States of America, a four-hour, two-night documentary miniseries that looks back at events during the Obama presidency that have revealed deep divisions in our country, and examines the America the next president will inherit. Divided States will offer an in-depth view of the partisanship that gridlocked Washington and charged the 2016 presidential campaign, the rise of populist anger on both sides of the aisle, and the racial tensions that have erupted throughout the country. Photo Credit: Andrew Geraci / District 7 Media

Who can forget the electrifying speech then-state Senator Barack Obama delivered to the 2004 Democratic National Convention? Embodying youth, vitality and hope, Obama declares that America can’t be sliced and diced into red states and blue states, liberal or conservative, or even by race. “There’s the United States of America,” he declares. The crowd roars.

Fast-forward to President Obama’s final State of the Union address this January, when he appears beaten, almost depressed. Candidly, he says, “It’s one of the few regrets of my presidency — that the rancor and suspicion between the parties has gotten worse instead of better.”

“It’s one of the few regrets of my presidency — that the rancor and suspicion between the parties has gotten worse instead of better.”

Given the political shakeups within the Obama Administration and the Republican Party, those celebrated lines from his 2004 convention speech don’t just feel far away — they feel almost foreign. The forthcoming Frontline series Divided States of America uses the juxtaposition of these two speeches to pose the question, “What happened?”

Not just what happened to Obama and to his dreams for bipartisanship, but “to the people he did combat with in Washington, the Republican Party, which itself you see go from Sarah Palin to Donald Trump,” said Michael Kirk, series director, writer and producer.

Though the opening sequence of Divided States of America could change as the team wraps up production, that’s how Kirk expects to introduce the four-hour series. It is scheduled to air in two parts on Jan. 17 and 18, just days before a new president is inaugurated. Who knows how the landscape will change in the meantime? 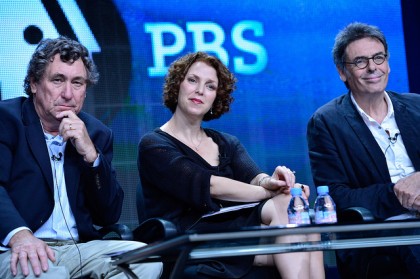 For Kirk, pursuing a series about the deepening rifts in American political life was almost a given. His team has been producing documentaries about Obama’s political ascendance since The Choice 2008, Frontline’s two-hour political biography of then-presidential candidates Obama and John McCain. The Choice 2012 profiled Obama and Mitt Romney. Divided States of America builds on that reporting to predict an increasingly divided electorate. The team has hundreds of hours of material as well as lengthy interviews with more than 70 people, Kirk said.

“We had a really good sense that something was actually going on inside the Obama administration and the Republican Party that needed to be told in great detail,” Kirk said. “And it needed to be pulled together before the inauguration of the next president, and we were right.”

Divided States of America employs Frontline’s method of taking the long view, said Raney Aronson-Rath, e.p. It asks questions like, “Who were the power-players in charge at the time when big decisions were made that set us on the path we’re on today?” and “Who is really leading now?”

“Any stories that we tell, we’re asking those same questions,” Aronson-Rath said.

Although Kirk’s production team is operating in the fast-changing, highly charged environment of an unprecedented presidential campaign, “if you do your reporting right and go at it in a deep way, that’s how you can start to construct a narrative that holds true even with the current day-to-day,” Aronson-Rath added.

So the series goes back to the 2008 election, when McCain’s vice presidential running mate, Sarah Palin, appealed to a section of the Republican electorate that gave rise to the Tea Party movement. Its leaders then showed up in Congress and threatened the Republican establishment.

Kirk expects the first part of the series to break right around the end of the 2010 midterm elections, when Republicans regained control of the House and expanded their minority in the Senate.

At the time, House Speaker John Boehner and Majority Leader Eric Cantor thought they could “ride the tiger of the new movement,” Kirk said. Instead it devoured them, their leadership and their “traditional Republican approach,” Kirk said. But Donald Trump saw the Tea Party’s political aspirations and captured them in his candidacy.

“As a former community organizer and orator, he believes that giving speeches and talking about things will solve partisanship that was already rampant in Washington when he came in,” Kirk said. Early in his presidency, Obama learns that the Republicans are not going to cooperate with his agenda, and he wrestles with what to do to get them to work across the aisle. All the while he carries the heavy role of how race and racism shaped the response to his administration.

By the 2012 midterms, Obama’s presidency was repudiated in some ways when the Tea Party movement powered a Republican takeover of Congress, Kirk said. Obama “realizes that this is going to get ugly now, and it really does.”

Still, no matter how ugly it gets, Kirk said American democracy continues to function. And for someone so immersed in the work, Kirk is hopeful for the U.S. and the next president.