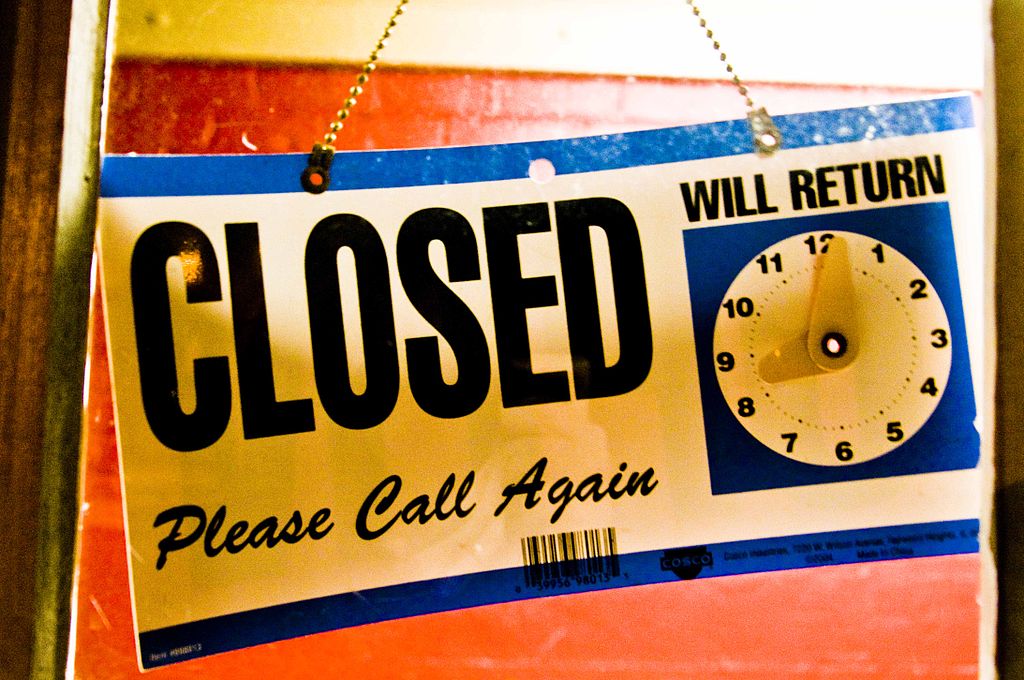 It could be called The Case of the Vanishing Call Center.

It’s not a Bloodhound Gang mystery, but an unexpected shutdown of an Oregon telemarketing company that caught development staffers in public media flat-footed.

Until earlier this year, Comnet Marketing Group in Medford, Ore., was a popular telemarketing provider among public media outlets. These stations used Comnet’s team to take donors’ phone calls and process gifts during pledge drives and at other times. By one estimate, Comnet counted about 140 public radio and TV stations among its clients.

Then stations started running into problems with Comnet. I heard about this because I’ve been learning about call centers for an article in our reader-powered Currently Curious series. Comnet’s troubles started in April, but I didn’t hear about it until a few months later, when a business manager emailed to ask if I could recommend alternative telemarketing services. She was among many Comnet clients who were looking, as it turned out.

Comnet had been doing “a fantastic job” handling overflow calls during pledge drives for WERS in Boston, said Kevin Cooney, the station’s director of membership. But emails bounced when he tried to get in touch with Comnet about WERS’s August pledge drive.

“They pretty much just fell off the face of the earth,” Cooney said.

Zea Miller, membership manager at WPLN in Nashville, Tenn., said her station had a similar experience. “They dropped off the map with literally no warning and no notification,” she said. “They never let us know that they were no longer going to be handling our calls. They literally just vanished.”

Miller, Cooney and other station employees began comparing notes on an email forum. Clues came from local media reports and a letter sent to a station.

The reports came first. In an April 29 press release sent to Medford media, Comnet spokesperson Bob King said that “a catastrophic crash of our entire server system has forced us to replace our technology infrastructure.” The release was provided to Current by one of the outlets.

“During this rebuild we are maintaining a skeleton team to assist our clients and work with our technology providers as they prepare for our restart,” the release said. “As of today a large portion of our employees have experienced a layoff.”

Comnet would soon announce when it would restart operations, King said. Yet it appears no such announcement ever came.

More details emerged in a June letter from Comnet President Nancy Hough. Writing to a station, Hough said Comnet suffered a ransomware attack April 23. The next day, “an unauthorized user gained administrative access” to Comnet’s data storage and tried to delete all records. The data included donor debit and credit card information that Comnet had collected since April 2015.

“While we have no evidence that your members’ data was accessed or acquired without authorization, Comnet is unable to rule out this possibility, and we are therefore providing notice to you out of an abundance of caution,” Hough wrote.

Hough said Comnet had referred the matter to law enforcement and that an investigation was ongoing. She made no reference to whether Comnet would stay in business. The station heard nothing else from Comnet after receiving Hough’s letter. A spokesperson for Medford police told Current that the department had no record of the incident being reported.

Hough did not return Current’s calls and emails. Spokesperson Bob King could not be reached.

One of Comnet’s clients built a close relationship with the company as it was falling apart. CARS, a San Diego nonprofit that helps public media stations receive donations of used cars and other vehicles, hired about a dozen of Comnet’s 150 laid-off staffers. But even CARS’ president didn’t get the whole story about what happened.

Hough told Howard Pearl that Comnet was advised not to pay the ransomware attackers. When it didn’t, its servers were “fried.” CARS temporarily hired half a dozen of Comnet’s employees and brought them to San Diego.

“When it came time to send them back up, it was clear that Comnet was not only not functioning, but it appeared to us and in conversations with the owner that they really didn’t appear to have either intention or wherewithal to get the center back up and running,” Pearl said. Comnet staffers were vague about what kind of attack they suffered and whether any data was compromised, he added.

“I would have to speculate that their IT security and the competence of IT guys were not as advertised,” Pearl said. “That’s my opinion and the experience that I had.”

“Towards the end, I don’t think they were taking this as seriously as they could have.”

To help out CARS’ laid-off team, Pearl arranged to hire about a dozen former Comnet staffers while the state of Oregon provided training incentives. CARS opened and is still operating a new call center in Medford with the former Comnet employees and other staff.

A former Comnet employee now with CARS declined to be interviewed, saying she’s “trying to move on from that horrible situation we all had to be a part of.”

“Towards the end, I don’t think they were taking this as seriously as they could have,” Pearl said.

Following Comnet’s shutdown, public broadcasters have had to find new telemarketers to take over handling donors’ calls. Did you have an experience with Comnet? Let us know with a comment or email. I’ll be reporting about how telemarketing companies work with public media  in an upcoming article.

Whenever there’s trouble, we’re there on the double — Current. Submit your own question to Currently Curious in the form below. It could be investigated in a future story.