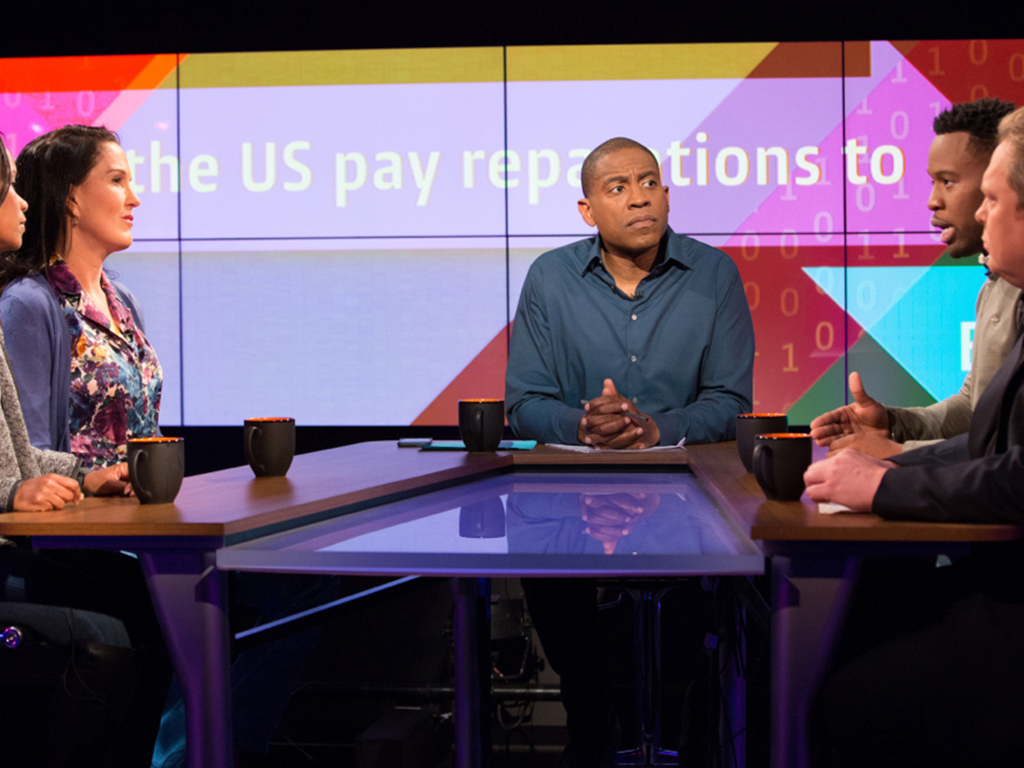 ISSUE ONE! Do debate-style public affairs shows inherently trivialize serious issues? Arguing “yes” this week on The Pub is me. Arguing “no” is Carlos Watson, CEO of OZY Media and host of Point Taken, the new PBS late-night debate show produced by WGBH.

Point Taken’s recently concluded first season took on such big questions as whether people should be allowed to sell their organs, whether prostitution should be legal, and if the “American Dream” is alive or dead.

Watson has been a lawyer; worked in politics; founded and sold an education startup; held on-air gigs at MSNBC, CNBC and CNN; and, most recently, founded an internet news startup. He’s not the typical public TV host, but you’ll be seeing him more and more, not only on Point Taken but with his presidential election history series — The Contenders: 16 for ’16 — which debuts Tuesday.

Oh, and Watson was also elected Thursday to a newly created seat on NPR’s Board of Directors. Busy guy!

I remain skeptical of the reductive, gladiatorial tendencies of debate-format programs like Point Taken, but on this week’s show, Watson mounts a capable defense.

Also this week, Slate/Panoply podcast host and producer Andrea Silenzi makes the case for branding recurring segments with a catchy name, and the opening commentary segment of The Pub finally gets a name (with help from its listeners).